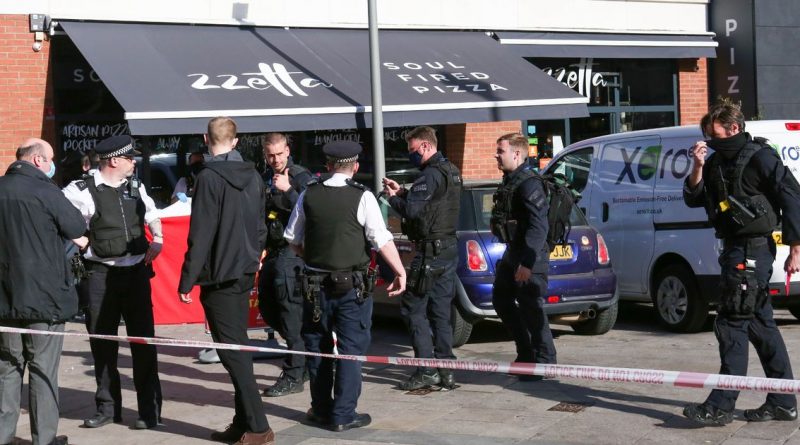 A teenage boy has been stabbed to death outside a pizza shop in Canning Town, east London.

The 14-year-old was found mortally wounded on the street in the borough of Newham at approximately 4pm on Friday afternoon.

Detectives have launched a murder probe after Metropolitan Police officers discovered the boy dying outside Zzetta Pizza on Barking Rd, the Mirror reports.

They'd been called to reports of an assault in the E16 street, police later said in a statement.

Officers attended with medics from the London Ambulance Service and the city's Air Ambulance and found the teen suffering from stab wounds.

Despite the best efforts of the emergency services, he was pronounced dead shortly after 4:30pm, police said.

Efforts are now underway to inform the victim's next of kin, the Met added.

Police have launched a murder investigation into the incident.

A crime scene is currently in place and the public can expect to see an increased police presence in the area, the Met said in a statement.

Enquiries are ongoing and there have been no arrests.

A Met Police spokesperson said: "A murder investigation has been launched following a fatal stabbing in Newham.

"Police were called at 3:56pm to reports of an assault in Barking Road.

"Officers attended with medics from the London Ambulance Service and the London Air Ambulance. They found a 14-year-old male who had been stabbed.

"Despite the best efforts of the emergency services, he was pronounced dead shortly after 4.30pm. Efforts are under way to inform the victim's next of kin."

Anyone who witnessed the incident is urged to call 101 or tweet @MetCC, providing the reference CAD 5134/23Apr.