Home » World News » Boy, 7, died after allergic reaction to spaghetti in front of parents on holiday 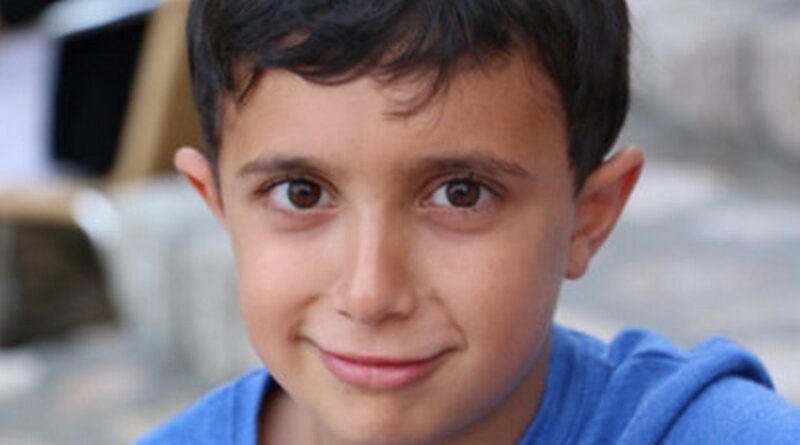 The family of a boy died after suffering an allergic reaction from eating spaghetti have described the "worst experience of their lives" after a five-year legal battle.

Cameron Wahid, seven, died three days after suffering a severe anaphylactic shock from eating pasta made with milk at a restaurant in Italy.

He collapsed after eating the pasta dish containing dairy products in front of his mother Cassandra, 43, father Rizwan, 43, and little brother Aidan.

A few minutes after getting back on their tour bus with other British tourists, Cameron went into shock before suffering a cardiac arrest in the main square.

Mrs Wahid, who works as a nurse, managed to give her son an EpiPen, but it was too late, and the schoolboy died three days later on October 30, 2015, in a hospital around 35 miles away in Naples.

Mr Wahid said: "Cameron's allergy had always been severe, but we were so careful with him and scrupulous with what he ate.

"Prior to his allergic reaction, we were assured by the waiting staff that the food was safe for him.

"To see him going into anaphylactic shock and suffering like that was undoubtedly the worst experience of our lives.

"He was such a lovely little boy, and always brightened up our days.

"We feel his death was avoidable and we are still struggling to come to terms with him not being here anymore.

"We know nothing will bring him back, but we want to help stop others from suffering the pain we continue to feel."

Restaurant staff were warned about their son's severe allergies, saying he could not have any cheese or dairy products, but the waitress did not understand their request and assured them it was safe.

After his tragic death, the family went on to fight a long legal battle against the La Margherita Villa Giuseppina restaurant in Ravello on the Amalfi Coast, where he was spending half-term with his family.

Ester Di Lascio, a waitress at the eatery, was found guilty of culpable manslaughter by an Italian court in Salerno in September 2019. Di Lascio was given a two-year suspended jail sentence.

She did not properly highlight the possible allergic reactions caused by ingredients in dishes on the restaurant's menu, the court found.

The pasta Cameron ate was served with a tomato sauce that had been prepared with milk by chef Luigi Cioffi, who was later cleared of any wrongdoing.

Mr Wahid has started working as an ambassador with Allergy UK, the UK's leading charity providing support to people with allergies.

The family has received an undisclosed sum of money to help access specialist support and overcome their ordeal.