Boy, eight, died of rare condition after doctors mistook the symptoms for tonsillitis and sent him home with penicillin 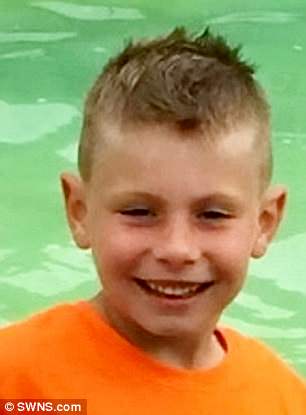 An eight-year-old boy died hours after doctors discharged him from hospital when they dismissed a potentially deadly condition as tonsillitis, an inquest has heard.

Callum Cartlidge was rushed to A&E after being examined by a doctor in his home town of Redditch in Worcestershire in May, 2017.

Vomiting and suffering from dehydration the boy was taken by ambulance to Worcestershire Royal Hospital on the doctor’s orders, but was discharged at 11pm.

The schoolboy was diagnosed with tonsillitis and given penicillin, Worcestershire Coroners Court heard.

The next day, on March 3, he suffered a cardiac arrest at home.

Callum was again taken to Worcestershire Royal Hospital – 21 miles from his family’s home.

He died in hospital.

A post-mortem revealed he had been suffering from Addisonian Crisis – a life-threatening illness requiring immediate emergency treatment.

A long line of professionals was involved in his treatment –and every one of them missed the disease.

Advanced nurse practitioner Susan Tonks, who first examined Callum at the Winyates Health Centre in Redditch on February 28, diagnosed him with tonsillitis.

She told the inquest: ‘He looked a bit frightened to be honest.

‘I understand what Addison’s disease is now – I didn’t know what it was at the time.

‘He looked like an ill child with tonsillitis who needed treatment on the day.’ 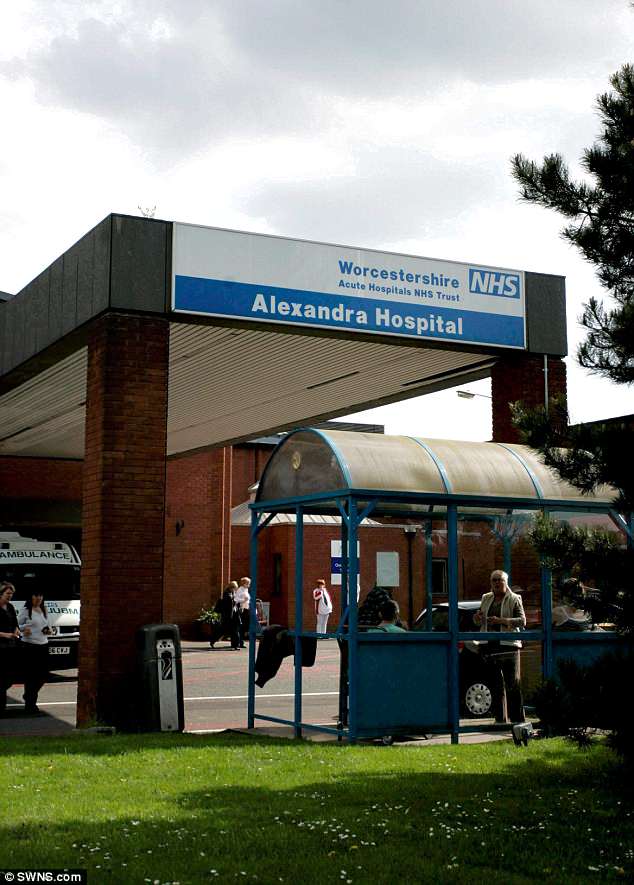 Callum Cartlidge died after paramedics took him to A&E 21 miles away from his Redditch home but Alexandra Hospital in Redditch, Worcestershire, is under two miles away

Callum returned to the surgery on March 2 – the day before he died – when he was seen by Dr Ikram Ul-haq.

In a statement, the doctor said: ‘His mother rang the surgery and reported Callum was vomiting after taking penicillin and the mother wanted to change the antibiotic.

‘Callum was brought in by his mother and his mother’s friend.

‘He was vomiting clear fluid but brown on the day with no blood in the vomit.

‘Callum had drunk some water before he came to see me, on examination he was clinically dehydrated.

‘He had sunken eyes, he was floppy, very lethargic and his pulse was 120.

‘He was peripherally shut down.

‘On examination of his throat he had large red tonsils.

What is Addisonian Crisis?

Anyone not producing enough of the hormone can experience dizziness, vomiting, and even loss of consciousness. It can be fatal.

An Addisonian crisis can be triggered by traumatic events, including car accidents, injuries and severe dehydration and infection

People with Addison’s disease are at a higher risk of having an Addisonian crisis, especially if their condition isn’t treated.

Tumours, damaged adrenal glands and severe infections, including fungal and viral infections can cause Addison’s disease

‘His blood sugar was 2.6 so I gave him glucose.

‘I called 999 and asked for an ambulance – Callum did not look well, I handed this case over to the paediatrician.’

Zara Oliver, paediatric nurse in A&E, who was on duty when Callum was admitted on

‘His pain score was five out of ten, he was in mild to moderate discomfort.

‘He was pale and looked dehydrated, he was just sat on the trolley.

‘He kind of just missed the mark, it was borderline whether I could have done another (observation) or not (as he was in there for just over two hours, which is the time between observations).

‘He was sipping water.’ 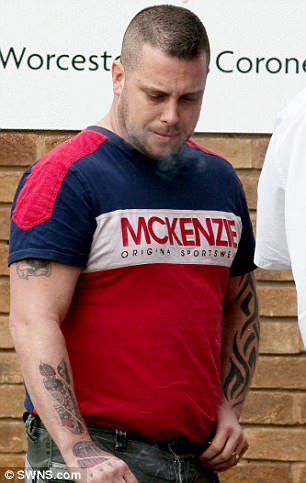 Callum was eventually discharged at 11pm at night and was taken home. However, his condition grew gradually worse and another ambulance was called.

Paramedics rushed him to hospital in 23 minutes, but he died shortly after arriving.

Callum actually lived 1.9 miles away from Alexandra Hospital in Redditch which had stopped taking paediatric emergencies because of a shortage of doctors.

Earlier, Jacqueline Harris, headteacher at Matchborough First School Academy where Callum was a pupil, said staff had become increasingly concerned about his health.

She said: ‘In January last year he returned to us after Christmas and wasn’t very well, we thought it was just a virus.

‘We were all still concerned about how he looked.’