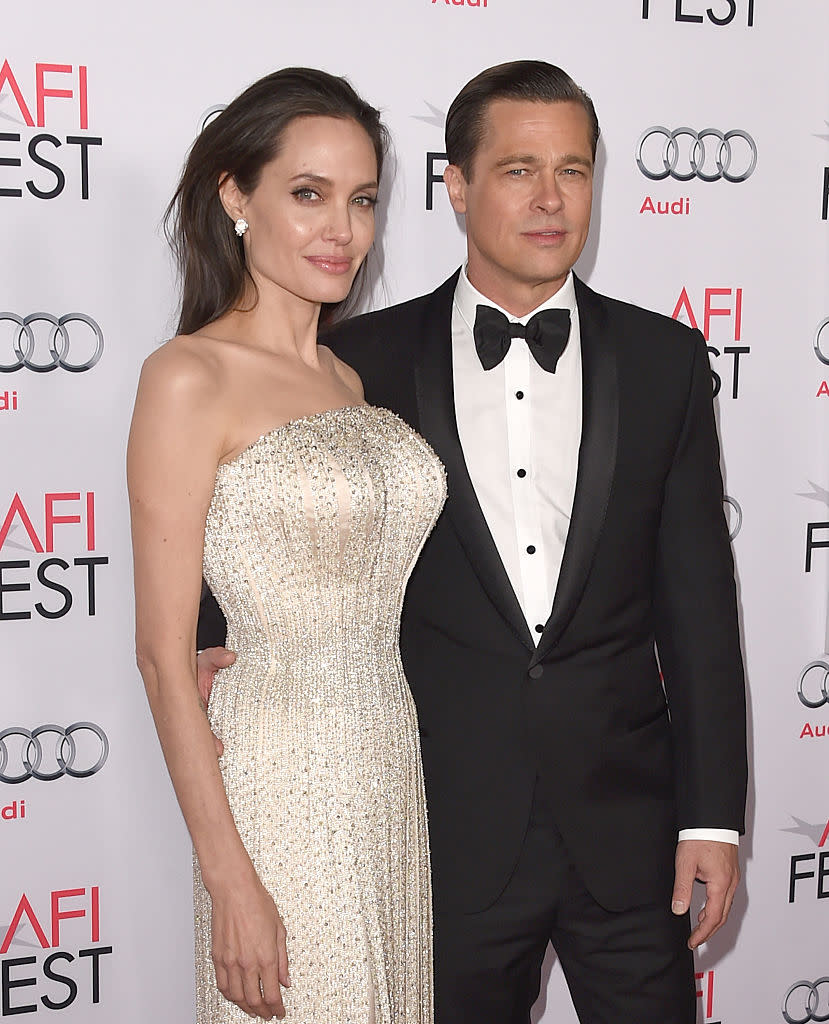 Brad Pitt is suing ex-wife Angelina Jolie because she reportedly sold her interests in Chateau Miraval, the winery they once shared, without telling him, according to multiple reports.

TMZ, who obtained the complaint filed Thursday in Los Angeles, said the Once Upon a Time in Hollywood actor and Jolie spent a combined $28.4 million on the property, with her paying 40 percent. They had agreed to ask the other for permission, if they ever decided to sell, and it came to that after she filed for divorce in 2016. They ended up in court last year over the matter, and Pitt said he would consider it, depending on the buyer.

He's now alleging that he was blindsided in October when the company Tenute del Mondo, which is controlled by Russian oligarch Yuri Shefler, made the purchase. And that he never would have approved.

Pitt is reportedly seeking to have Jolie's deal undone, as well as damages.

A source tells Yahoo Entertainment that, "Unfortunately, this is another example of the same person disregarding her legal and ethical obligations. In doing so, she has violated the rights of the only person who poured money and sweat equity into the success of the business by purporting to sell both the business and family home to a third-party competitor. She is seeking a return on an investment she did not make and profits she did not earn."

Yahoo Entertainment has reached out to both Jolie and Pitt for comment.

The couple bought ownership in the property in 2008, and they married there in August 2014. In September, Pitt alleged that Jolie had attempted to sell her stake out from under him.

The Mr. and Mrs. Smith co-stars, who coupled up after making the 2005 movie, continue their legal battle over custody of their minor children: Zahara, 17; Shiloh, 15; and 13-year-old twins Vivienne and Knox.