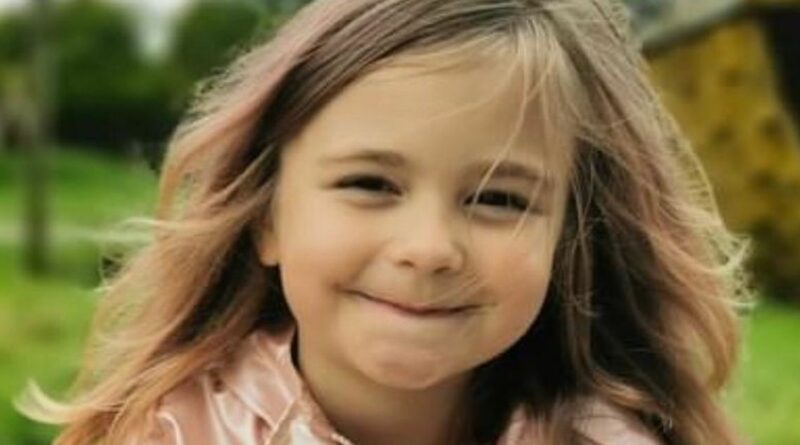 A drink and drug driver has been jailed after mowing down and killing a six-year-old girl at 48mph on a 30pmh road.

Little Sharlotte-Sky Naglis was walking home in Norton Green, Stoke-on-Trent from the shop with her dad, Kris, when motorist John Owen careered into her last year.

Stoke-on-Trent Crown Court heard how Owen, 48, was not only under the influence of alcohol and cocaine, but was also on his phone at the time of the deadly crash, Stoke-on-TrentLive reports.

READ MORE: 'Neighbour from hell' jailed for killing boy, 2, in blast while cutting pipes to sell

As he wasn't wearing a seatbelt, Owen was launched from his car and needed to be rushed hospital himself but his victim Sharlotte-Sky was not so lucky to be saved from the tragic incident.

Blood tests later revealed he was nearly twice the drink-drive limit and had cocaine in his system, reports StokeonTrentLive.

Prosecutor Philip Vollans said: "The defendant was under the influence of alcohol and cocaine and was travelling over the speed limit in a 30mph zone and there is evidence indicating he was using a mobile phone at the time, or just before.

"He was under the influence of drink and drugs."

Owen, of The Square in Oakamoor, Staffordshire, had been drinking throughout the day.

Mr Vollans said: "He drove his Skoda at speed and approached the bend at a dangerous speed. The impact speed was 48mph.

"As a consequence of the levels of intoxication through drink and drugs it had a substantial effect on his ability to control the vehicle."

Owen was interviewed on November 8 and gave a prepared statement in which apologised for Sharlotte's death, but said he had no recollection of the crash because of his brain injury.

Sharlotte's devastated mum, Claire Reynolds, read a victim impact statement to the court, in which she said she knew Sharlotte "had been meant to go far in this world".

She added: "It’s impossible to truly describe how one person’s actions have affected the rest of mine and the children’s lives.

"Nothing will never be the same: getting excited, looking forward to family times, feeling complete, feeling no pain … waking up with a smile … these things have all gone.

"All I had with Sharlotte was six wonderful years. No parent should ever lose their child, especially when their child is taken away so cruelly, at such a young age and with so many dreams and so much life ahead of her.

"We’ve lost more than anybody can even begin to imagine."

She added: "Sharlotte missed out on so much due to Covid-19, she would always ask how long this virus is going to be around for as she missed her friends and school.

"We had so many plans for when the virus went but she will never be able to do any of them.

"Sharlotte was full of energy and full of life, she never kept still and always wanted to do something or learn something more."

Ms Reynolds, 37, described her daughter as "loving, caring, brave, thoughtful, clever and full of energy," adding: "She had just started swimming lessons, and every time she swam to the end of the pool, she’d give me thumbs up with a massive grin because she made it across.#2

Judge Glenn jailed Owen for six years and two months. He disqualified him from driving for five years and until he passes an extended test.

The ban will be extended by three years and one month to account for the time Owen will spend in jail.