Groom Jamie Fox and his bride-to-be were canoeing in the Zambezi river above the Victoria Falls when the giant beast struck from below. 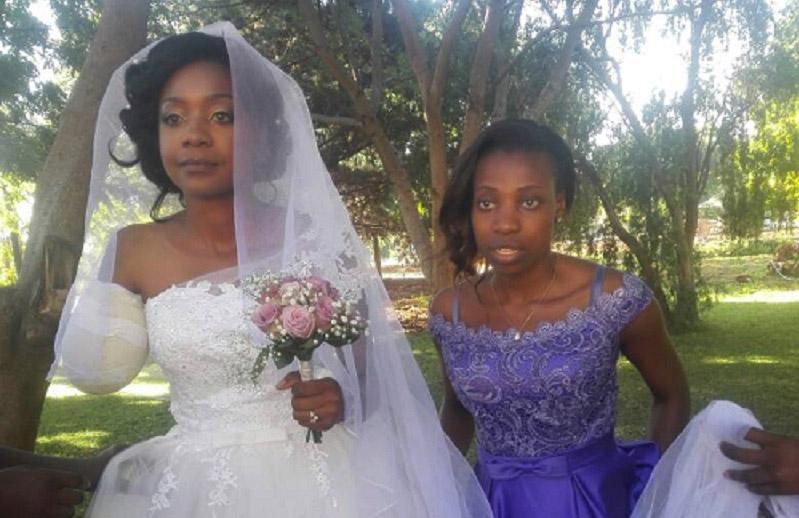 Former national tennis player Zanele Ndlovu was attacked in the inflatable canoe and had her right arm torn off and her left hand bitten.

Brave Jamie went to her rescue and managed to save her but she was losing so much blood it was feared that she may die from the wound.

A make-shift tourniquet was applied and she was rushed to hospital where surgeons managed to save her life but she lost most of her arm.

Incredibly despite her horrific injuries she was determined not to miss her wedding day and was allowed to use the hospital chapel to get married. 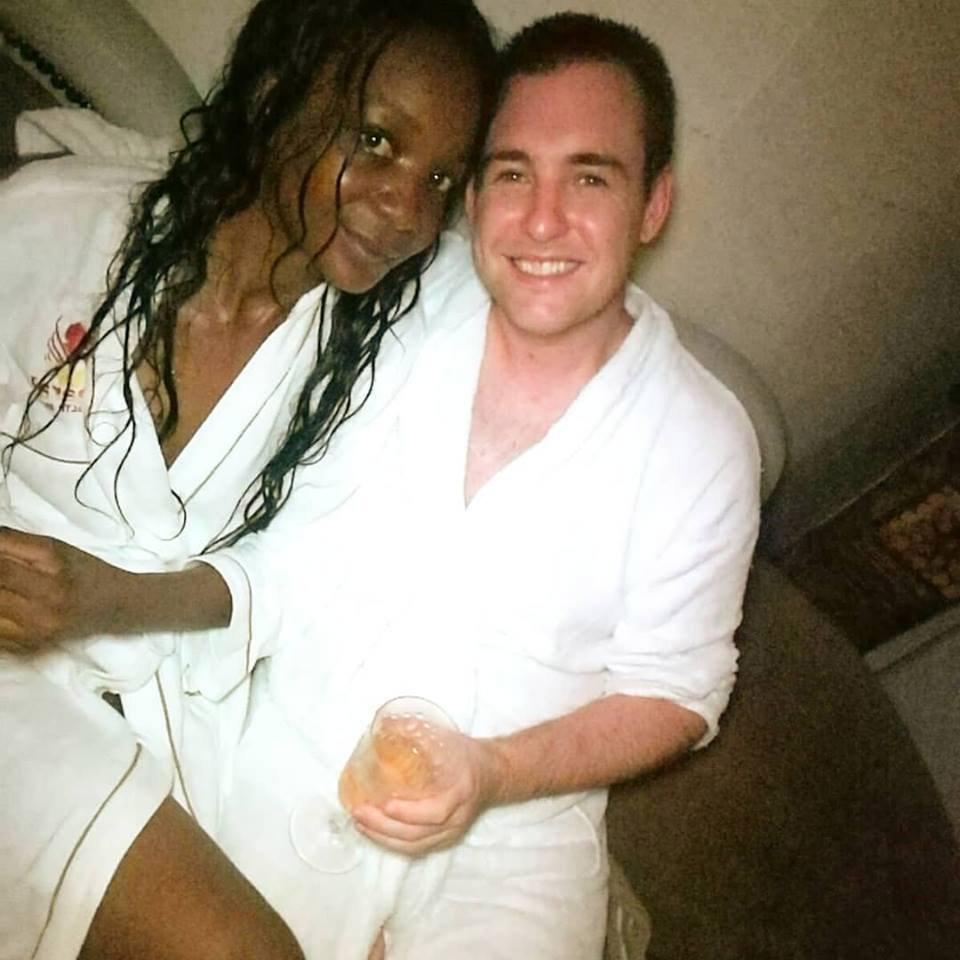 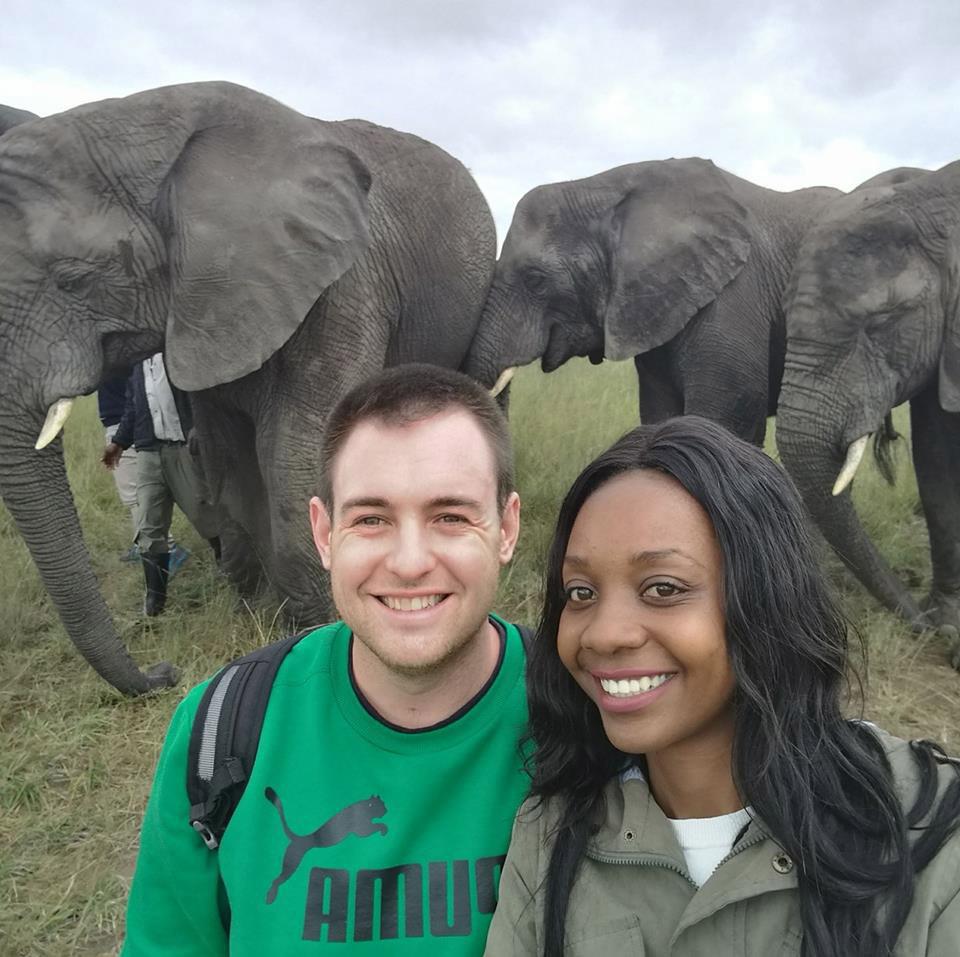 A Minister presided over the ceremony at the Mater Dei Hospital in Bulawayo where the remarkable wedding took place on Sunday.

It is believed that the couple had gone to the Victoria Falls to get married but the crocodile attack meant a drastic change of venue was needed.

The bride can be seen in her white sleeveless wedding dress walking into church with her stump heavily bandaged and holding pink roses in her left hand.

As groom Jamie places the wedding ring on her left hand a canula can be seen attatched to her wrist and her hand is also heavily bandaged.

She signed the register as the Minister looked on to huge applause from family and friends.

A witness said: “It is a quite remarkable love story and it really does show their love for each other. The crocodile attack made no difference. 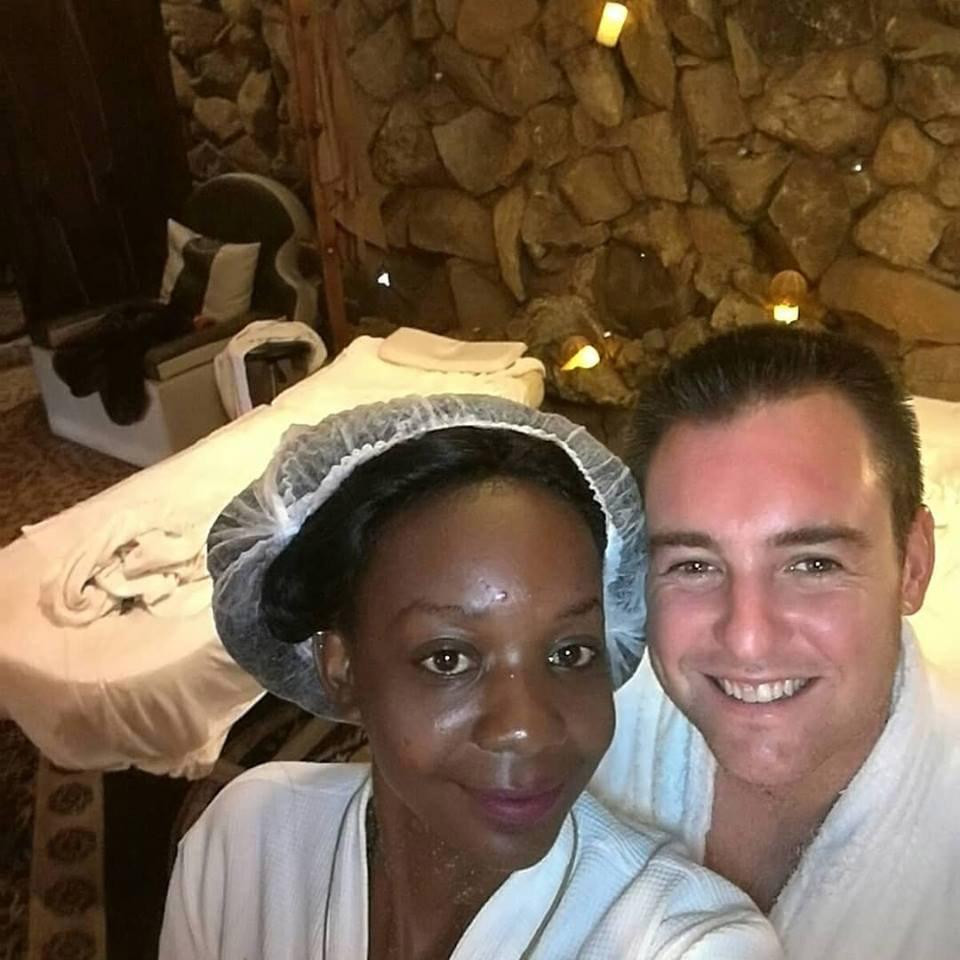 “Their feelings and love for each other are even stronger than before if anything”.

A short video clip from the ceremony shows the moment the groom kisses the bride.

A family friend described how the former top tennis player lost her arm to a large crocodile.

He said: "During the attack the crocodile gripped her arm and ripped it off while her partner made frantic efforts to save her. They are lucky to be alive though.

“The boats used in that activity are inflating and the crocodile attack their vessel and in the process deflated it before attacking her.

“During the attack the crocodile gripped her arm and ripped it off while her partner made frantic efforts to save her life.

Crocodiles were the biggest killers out of all in the wild animals and creatures in Zimbabwe last year with 21 people suffering fatal attacks in 2017.