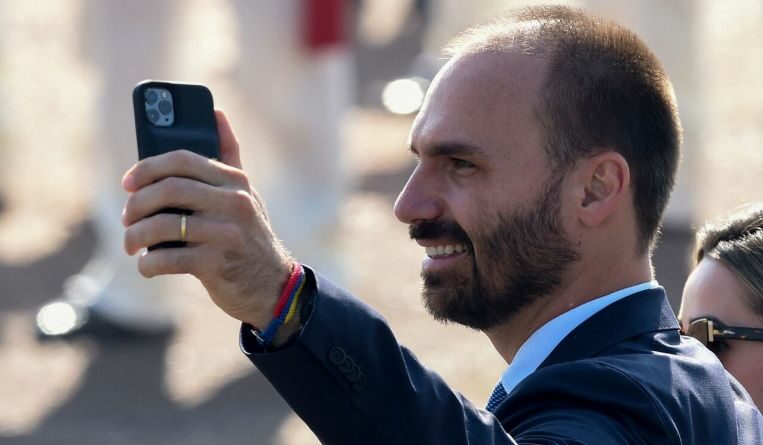 SAO PAULO (REUTERS) – Brazilian President Jair Bolsonaro’s son and two members of his Cabinet said on Friday (Sept 24) that they had tested positive for Covid-19, bringing to four the number of close aides diagnosed since the far-right leader’s trip to the United Nations.

The news comes three days after Health Minister Marcelo Queiroga announced that he had tested positive while on a trip to the UN General Assembly in New York. Queiroga remained behind in the United States to quarantine.

Eduardo Bolsonaro was also part of his father’s delegation to New York. He tweeted that he had tested positive for Covid-19, adding that he had been vaccinated with the first dose of the Pfizer shot.

The agriculture minister, who was not part of the delegation that visited New York, reported her diagnosis the week after meeting with G-20 ministers in Italy.

“I have tested positive for #Covid19. I am fine. I have cancelled all my in-person meetings and will remain isolated during the medical guidance period,” she said on Twitter.

Cristina was vaccinated against Covid-19.

Bianco’s press office said he is asymptomatic and isolated, adding that he had taken the first dose of a Covid-19 vaccine.

President Bolsonaro, a vaccine sceptic who claims not to have taken the shot himself, said during his weekly live stream on Thursday that he knew two vaccinated people in Brasilia who had contracted the virus recently, without naming them.

“Today it came to my knowledge that two well-known people here in Brasilia have contracted the virus. I have spoken to both of them on the phone,” said the far-right president, who is in isolation since he came back from New York due to Queiroga’s diagnosis.