BRASILIA (Reuters) – Brazil’s right-wing President Jair Bolsonaro confirmed on Tuesday the replacement of the federal police chief in Rio de Janeiro, where two of his sons are under investigation. 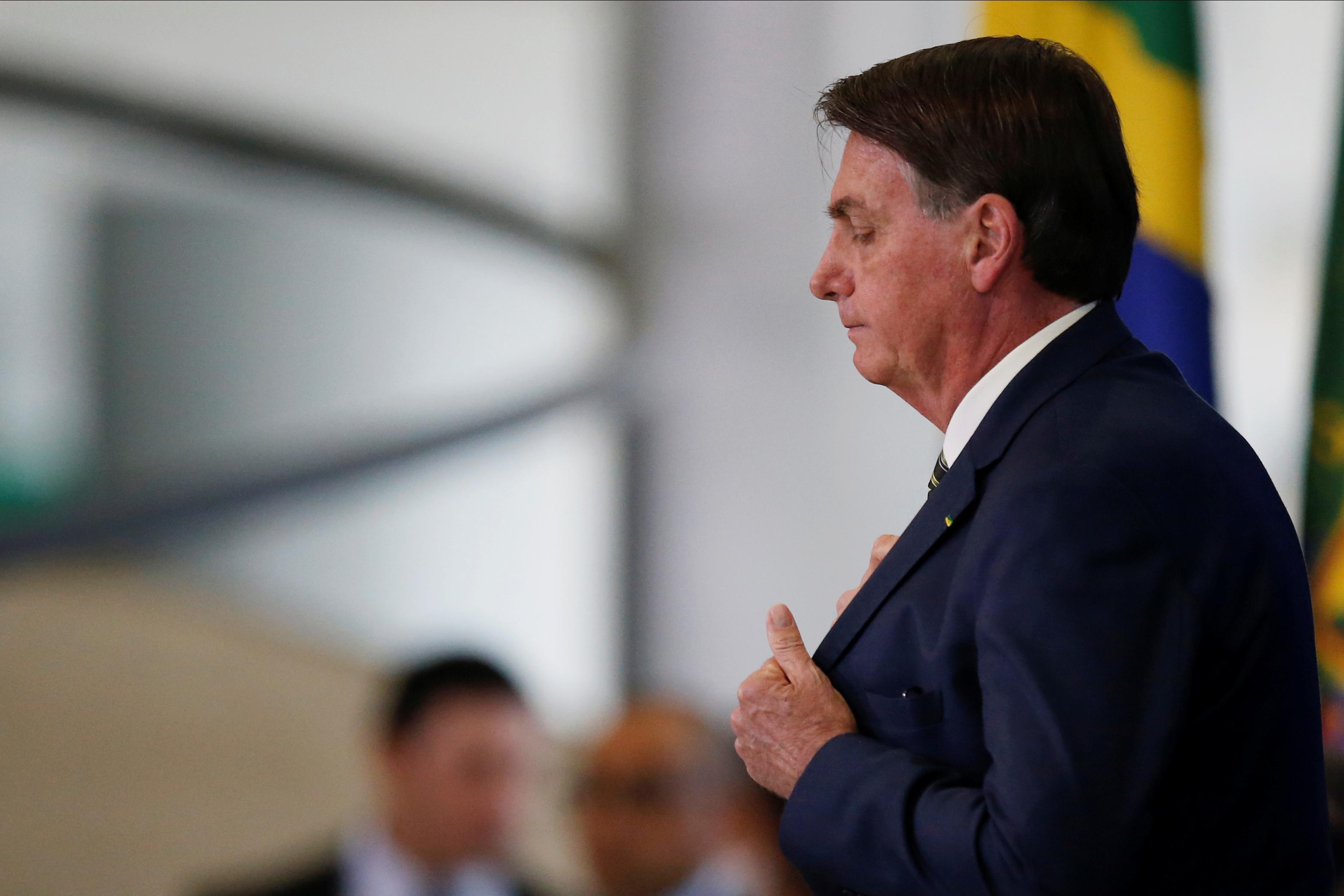 It was the first move by the new national head of the federal police Rolando Alexandre Souza, who Bolsonaro swore in quickly on Monday in a closed-door ceremony following a Supreme Court decision to block his attempt to appoint a family friend.

Bolsonaro denied he had interfered in the appointments to shield his son, as alleged by his former justice minister, Sergio Moro, who resigned on April 24, saying the president was pressing him to change the police chiefs.

“No one of my relatives are being investigated by the federal police, not I, nor my sons,” an angry Bolsonaro told reporters outside the presidential palace.

He said the outgoing Rio police chief had been appointed executive director of the federal police in Brasilia, the second highest post in the force, but essentially a desk job with no involvement in investigations.

Annoyed by the Tuesday headlines that pointed to political meddling in the police appointment, Bolsonaro attacked reporters, calling them “scoundrels” who only published “villainous” stories.

He accused the media of blowing his alleged interference in the police out of proportion because it was trying to get him ousted from office.

Moro, a popular figure in Brazil’s anti-corruption efforts who locked up scores of business leaders and politicians as a judge, testified to prosecutors and police on Saturday as part of an investigation authorized by the Supreme Court.

The court blocked Bolsonaro’s first choice as top cop, Alexandre Ramagem, the head of Brazil’s intelligence agency Abin and a friend of the president’s sons since he headed their father’s security detail during the 2018 election campaign.

Moro’s resignation and the prospect of damaging evidence emerging from his testimony to prosecutors have set off Bolsonaro’s most serious political crisis, which has eroded his popularity and fed talk of impeachment.