Johannesburg: South Africa has accused Western powers of breaching diplomatic protocol after the United States and other governments wrote to President Cyril Ramaphosa to urge him to tackle corruption in the country. 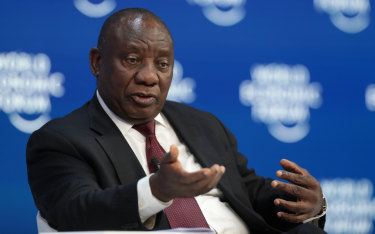 South Africa's Sunday Times newspaper reported that the United States, Britain, Germany, the Netherlands and Switzerland had sent a joint memorandum to Ramaphosa through their diplomatic missions in Pretoria to warn that foreign investment was at risk unless South Africa took tangible action against corruption and other serious crimes.

The countries also expressed concern over what they called "obstacles" to foreign investment such as "constant changes of goal posts" in the regulatory framework for mining and black economic empowerment targets, the paper said. It did not say when the memo was sent.

South Africa's Department of International Relations and Cooperation (DIRCO) said it had noted "with disappointment the dispatching of a memorandum to the office of the presidency" by the five embassies.

"This is a departure from established diplomatic practice," DIRCO said in a statement.

"In terms of acceptable diplomatic practice, protocol and convention, diplomatic missions are expected to communicate to the receiving state by means of a note verbale (diplomatic note) conveyed through the department," it said.

According to the Sunday Times, the five countries said that there should be a "clear, unqualified and manifest political commitment to the rule of law, the independence of the judiciary and to honest and ethical business practices."

DIRCO said all the concerns raised by investors were being addressed.

"We are satisfied that all the branches of our democratic state, including state agencies, are vigorously pursuing their respective mandates to address our current challenges," DIRCO said. 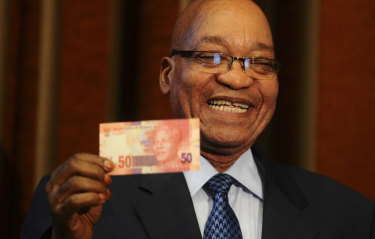 Ramaphosa has vowed to root out corruption and address policy uncertainty in Africa's most advanced economy.

South Africa began an inquiry into state corruption last year after Ramaphosa too charge and promised to root out graft. He also pledged to raise $US100 billion in investment to boost a sluggish economy and improve unemployment. While many people have been named in the corruption probe, there have been no arrests.

Allegations of corruption – particulrly within the ruling African National Congress (ANC) party have been rife.

Recent evidence splashed across newspaper front pages in South Africa and televised hearings during the inquiry about bribes and sweetheart deals between businessmen and ruling ANC officials suggest the rot runs deep.

The scandals, which have embroiled international companies, threaten to deter investment in a country already battling perceptions of a skills shortage, comparatively high costs and violent crime. Unemployment is currently running at near a record high of 28 perc ent.

"It's systemic in that entire systems have been subverted to promote corruption," said David Lewis, the executive director of South Africa's Corruption Watch. "We're down there right now with the worst."

The nation has been transfixed by the televised testimony of the former chief operating officer of services company Bosasa, Angelo Agrizzi, during which he detailed how his company bribed former president Jacob Zuma, the head of Zuma's charity foundation, members of parliament and other state officials.

The commission last year heard the price of a bribe from the Guptas – a powerful and influential business family in South African – to the deputy finance minister was as high as 600 million rand ($US160 million).

Cyril Ramaphosa, who replaced Zuma in February last year, insists the party is working to win back the voters' confidence, and that holding the inquiry would help to expose wrongdoing from the past.

"We are cleansing our country and our institutions," he said in a recent speech in India.

But the revelations may undermine efforts by the ANC, the party Nelson Mandela led to power 25 years ago, to convince voters in elections likely in May that it's not riven by graft.

Evidence of wrongdoing keeps emerging. Another inquiry into Africa's biggest fund manager showed that some of the $US150 billion under its management went to help allies of the ruling party.

A commission last year detailed how the tax agency was "dismantled" to help aid alleged graft, while companies such as McKinsey & Co., KPMG and Bain & Co were also been dragged into scandals.

McKinsey returned 1 billion rand to the state power utility after doing work with a Gupta-linked partner, while KPMG shed 1200 staff after clients dropped them because its auditors did improper work for the revenue agency and contributed to the collapse of a bank. Contracts that Bain won have also been questioned.

"We are still in the process of laying out the extent of the problem and it's quite horrifying," said Piers Pigou, senior consultant for southern Africa at the International Crisis Group. "Things are definitely, definitely very bad."

While South Africa has struggled with graft before and after the apartheid era, Zuma has been blamed for hollowing out prosecuting agencies and allowing a culture of corruption to flourish during his nine-year presidency.

The former leader has been charged with corruption related to an arms deal in the 1990s, but he denies any wrongdoing.

"There are important instances of corruption pre-Zuma, but Zuma took it to new heights," Lewis said. "There was nothing of this scale."

South Africa's saving grace may be the robustness of its media and judiciary, Pigou said.

They've probably helped to keep Africa's most-industrialised nation from slipping further down the ranks of graft and crime indexes. Transparency International ranked South Africa 73rd in its latest corruption ratings of 180 countries released on Tuesday. In the year that Zuma took over, 2009, South Africa was ranked 55th.

"We have relatively robust remedial systems that are pushing back," he said.

"The critical thing is what is the President and the executive going to do to navigate going forward to make sure there is some accountability when so many of his fellow travellers are involved?"