Home » World News » Breanna Stewart after Brittney Griner's arrest in Russia: 'It could have been anybody'

What happened to Griner, Stewart said at their training camp on Wednesday in Minneapolis, could have easily happened to any WNBA player — which is a reflection on how they are treated in the United States.

“The big thing is the fact that we have to go over there. It was BG, but it could have been anybody,” Stewart said, via The Associated Press.

“WNBA players need to be valued in their country and they won’t have to play overseas.”

Griner was detained after flying into an airport in Moscow earlier this year, shortly before Russia invaded Ukraine. Officials allegedly found vape cartridges containing hashish oil in her luggage. She’s now under investigation for large-scale transportation of drugs, and could face up to 10 years in prison.

Details about her condition, location and more have been scarce since her arrest, and there are fears that she could be used as a “high-profile hostage.”

An official from the American embassy in Russia checked in on Griner last week and said that she was in “good condition.” That, however, was the extent of the update. Griner is going to be held at least until May 19 after an appeal was denied at a pretrial hearing earlier this month.

To Stewart’s point, Griner and others have been playing overseas during the WNBA offseason for years. The WNBA base salary in 2022 is just more than $228,000. European clubs, though, will pay up to 10 times that. Griner’s club in Russia, UMMC Yekaterinburg, even once paid Diana Taurasi $1.5 million for a single season. If players made more in the United States, they wouldn’t need to play for a second team.

Though the circumstances surrounding Griner’s arrest and the allegations that came with it still aren’t clear, Stewart and fellow USA Basketball star Angel McCoughtry know that it easily could have been them detained in Russia.

“People are saying she’s 6-foot-9, she’s different,” McCoughtry said, via The Associated Press. “It’s not really about that. It could have been any of us.” 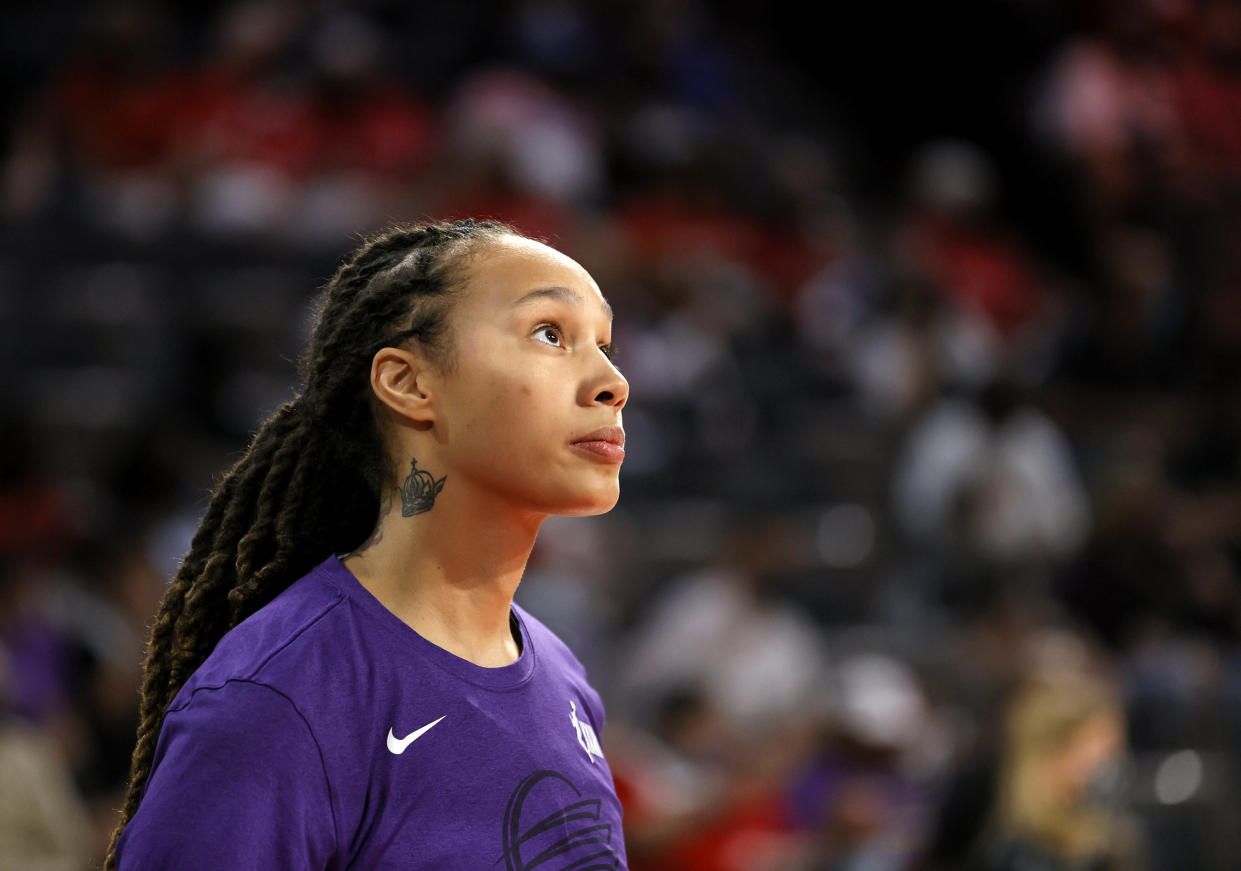