Robert “Woody” Johnson’s upbeat assessment is the clearest sign yet that a once-in-a-generation treaty can be thrashed out, paving the way for a monumental chapter in UK-US relations. Writing exclusively for this newspaper, the 73-year-old diplomat said: “President Trump prioritised a free trade agreement with the UK because it is the fastest way to increase prosperity for both our countries.”Post-Covid, this will be even more critical. Restoring economic growth will have to be the No1 priority. If ever there was a time to remove barriers for businesses, it is now.

“US and UK negotiators have been moving fast to work out the details of a historic agreement. In fact, they just completed the fifth round of talks, and have had hundreds of meetings since the negotiations launched in May. We still have a few things to iron out, as is always the case with agreements like this one, but I’m confident our countries can get this done no matter what happens today.

“That’s because the potential of a US-UK trade deal rises above politics – it just makes good common sense. What our negotiators have been working on is a deal that no politician, Republican or Democrat, British or American, will want to walk away from.

“It is a deal that will bring benefits to businesses, customers and workers in every state and region of both countries, and in every sector of our economies, whether it’s farming or fishing, fashion or finance.

“A US-UK free trade agreement is a once in a generation opportunity at a time when we need it most.” 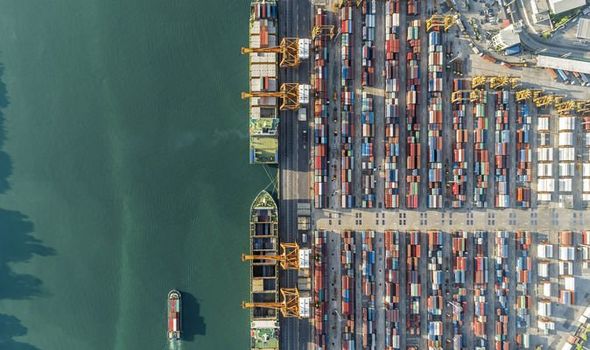 Britain currently trades with America on terms negotiated by the EU but that will stop when the UK’s transition period out of the bloc ends on December 31.

The UK-US trade tie-up is being negotiated by Liz Truss, the Secretary of State for International Trade, with both sides desperate to make it easier and cheaper to buy and sell goods.

This is because Britain’s biggest export market behind the EU is America.

A deal would lower tariffs on imported goods, keep prices down at home and make it easier to sell items to the US. President Trump, 74 – a tubthumping supporter of Brexit and close friend of Nigel Farage, the man who made it happen, said he wants a deal to be struck rapidly.

But fears remain in the UK that if his Democratic opponent Joe Biden triumphs today, progress could be seriously hampered.

Mr Biden, 77, was Vice-President to Barack Obama when, ahead of the 2016 EU referendum, the then President sparked anger on a visit to Britain for saying the UK would be at the “back of the queue” for a trade deal if it voted to leave. Despite great progress being made, there are still major sticking points – including America wanting to export vast chunks of its agriculture industry.

This would mean the UK having to accept its food standards.

The US also wants increasing access for its giant pharmaceutical firms, with opponents suggesting the NHS could be part of any negotiations. Ms Truss has said both issues are non-negotiable.

“Together, our countries trade more than $270billion (£209billion) a year. One million Americans work for British companies, just as one million Brits are employed by American companies.

“The US and the UK are the single largest investors in each other’s economies, with well over $1trillion in direct bilateral investment.

“And all that has been accomplished just under World Trade Organisation (WTO) rules. 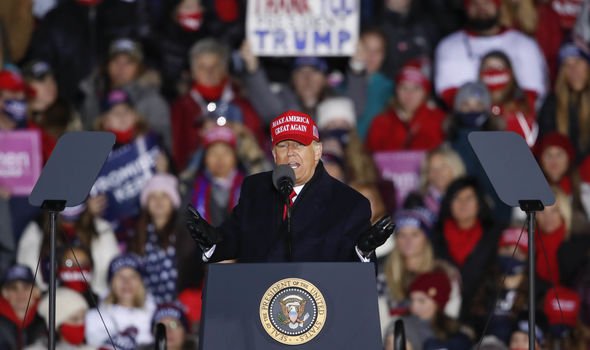 “We can do even better. The UK’s departure from the EU offers us our first chance in 40 years to strike a trade deal, remove the obstacles to trade, and jump-start the growth and success of our businesses in each other’s markets.

“This has been a tough year for all of us. But the US and the UK are doing now what we always do. We are moving forward, together.

“Side by side, we are fighting Covid, protecting our way of life and creating jobs and opportunities together. That’s what our countries have been doing together for generations. That’s what we will continue to do. And that’s what this enduring special relationship is really all about.”

Tory MP Philip Davies, a member of the British-American Parliamentary Group, said: “Woody Johnson is a true friend of the UK, and he is absolutely right about the unshakable bond between our countries.

“The US is our closest ally in the world and our single biggest trading nation in the world. Our friendship based on our common values and our steadfast belief in freedom will always endure.”