Brexiteers warned Theresa May against going soft on Brussels today amid fears she will use a Chequers away day to force a ‘surrender’ past ministers.

The PM is gathering her senior team at her country retreat next week in a desperate bid to hammer out a joint position on future trade arrangements.

But suspicions have been raised after sources confirmed the full Cabinet will attend the meeting on July 6.

Mrs May previously failed to get a customs ‘partnership’ plan past her smaller Brexit ‘War Cabinet’ and some MPs believe she is trying to bypass the group in favour of a forum where she has more Remain-minded allies. 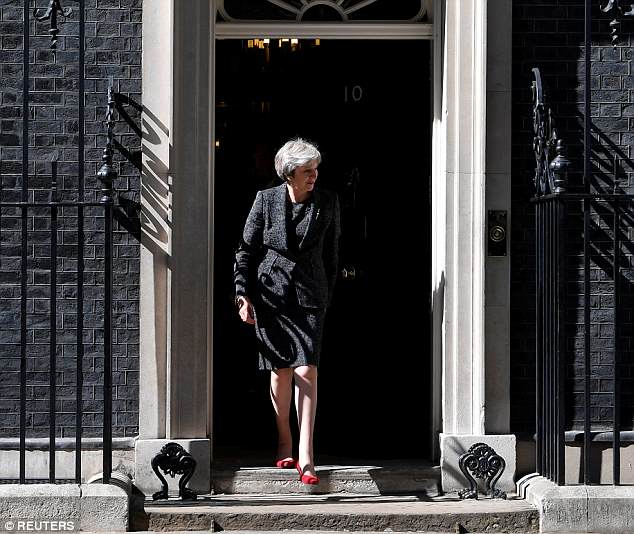 One Cabinet source told MailOnline: ‘We haven’t seen an agenda yet. This is the moment she tries to bounce a deal through.’

But senior Tory MP Jacob Rees-Mogg told MailOnline that Mrs May would not be able to get a soft deal past Parliament.

‘Now the Withdrawal Act has received royal assent it is the time for the Government to flex its muscles,’ he said.

‘In the absence of a good deal we will leave on March 29, 2019 with no deal and I cannot see Parliament agreeing to pay £39billion for nothing.’

Ministers have been deadlocked for months over how close the UK’s relations should be with the EU after Brexit.

Brexiteers have been pushing for a ‘Maximum Facilitation’ customs plan that would rely on technology to reduce friction on trade.

However, supporters of a softer Brexit – including Mrs May – have been pushing a customs partnership that would mean the UK collecting import tariffs on behalf of Brussels. Proponents claim the system could help avoid a hard Irish border, and end the standoff in negotiations with the EU.

Business Secretary Greg Clark ramped up tensions today by warning against the ‘certain damage of no deal’.

He urged an agreement with no tariffs or customs frictions that applies to goods and services – adding that maintaining ‘labour mobility’ would be crucial.

Details of the away-day emerged amid more bitter acrimony in the Cabinet over how to respond to business criticism of Brexit.

Airbus and BMW are among the firms who have suggested they could pull investment from the UK if there is no deal with the EU. 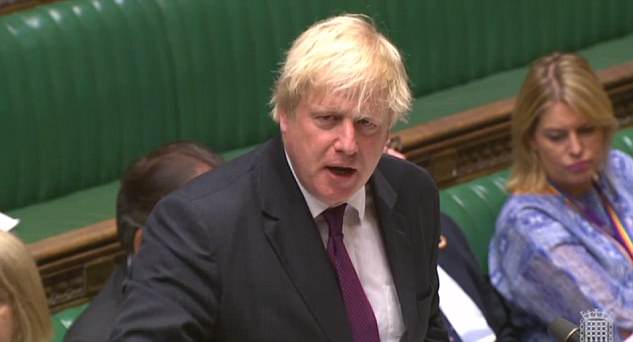 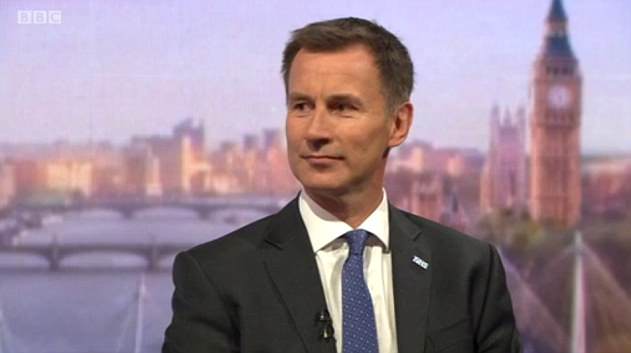 Mr Hunt, the Health Secretary, piled in at the weekend telling Airbus its gloomy warnings were ‘inappropriate’ and risked undermining the PM in the talks.

However, the Prime Minister told a CEO summit in London that businesses ‘create wealth’ and she will ‘always listen to you’.

Her words come after two of her most senior ministers sparked fury by trying to order businesses to keep quiet about their concerns of the looming departure.

Under the so-called ‘hybrid model’, the UK would collect EU import tariffs on behalf of Brussels.

Britain would be responsible for tracking the origin and final destination of goods coming into the country from outside the EU. The government would also have to ensure all products meet the bloc’s standards.

Firms selling directly into the UK market would pay the tariff levels set by Brussels – but would then get a rebate if Britain’s tariffs are lower.

Supporters of the hybrid plan in Cabinet – including Theresa May, Philip Hammond and Greg Clark – say keeping duties aligned up front would avoid the need for physical customs borders between the UK and EU.

As a result it could solve the thorny issue over creating a hard border between Northern Ireland and the Republic.

Mrs May has been advised by the chief whip that the hybrid option could be the only way of securing a majority in parliament for a Brexit deal.

But Brexiteers regard the proposal as unworkable and cumbersome – and they were joined by Sajid Javid and Gavin Williamson in criticising it at a tense ‘War Cabinet’ meeting last week.

There are fears the experimental system will either collapse and cause chaos, or prevent the UK from being able to negotiate free trade deals around the world after Brexit.

Mrs May has instructed official to go away and revise the ideas. Eurosceptics are braced for her to bring back the plan with only ‘cosmetic’ changes, and try to ‘peel off’ Mr Javid and Mr Williamson from the core group of Brexiteers.

They are also ready for Mrs May to attempt to bypass the ‘War Cabinet’ altogether and put the issue before the whole Cabinet – where she has more allies.

The ‘Max Fac’ option accepts that there will be greater friction at Britain’s borders with the EU.

But it would aim to minimise the issues using technology and mutual recognition.

Goods could be electronically tracked and pre-cleared by tax authorities on each side.

Shipping firms could also be given ‘trusted trader’ status so they can move goods freely, and only pay tariffs when they are delivered to the destination country.

Companies would also be trusted to ensure they were meeting the relevant UK and EU standards on products.

Senior ministers such as Boris Johnson, Michael Gove and Liam Fox believe this is the only workable option.

But Remain minded Tories such as Mr Clark insist it will harm trade and cost jobs in the UK.

They also warn that it will require more physical infrastructure on the Irish border – potentially breaching the Good Friday Agreement. It is far from clear whether the government would be able to force anything through parliament that implied a hard border between Northern Ireland and the Republic.

The EU has dismissed the idea that ‘Max Fac’ could prevent checks on the Irish border as ‘magical thinking’.