A COUPLE in Brazil have died together in a paragliding accident on the eve of their wedding.

Heartbreaking video taken by the pair shows them waving, smiling and pulling faces at the camera just before the tragedy. 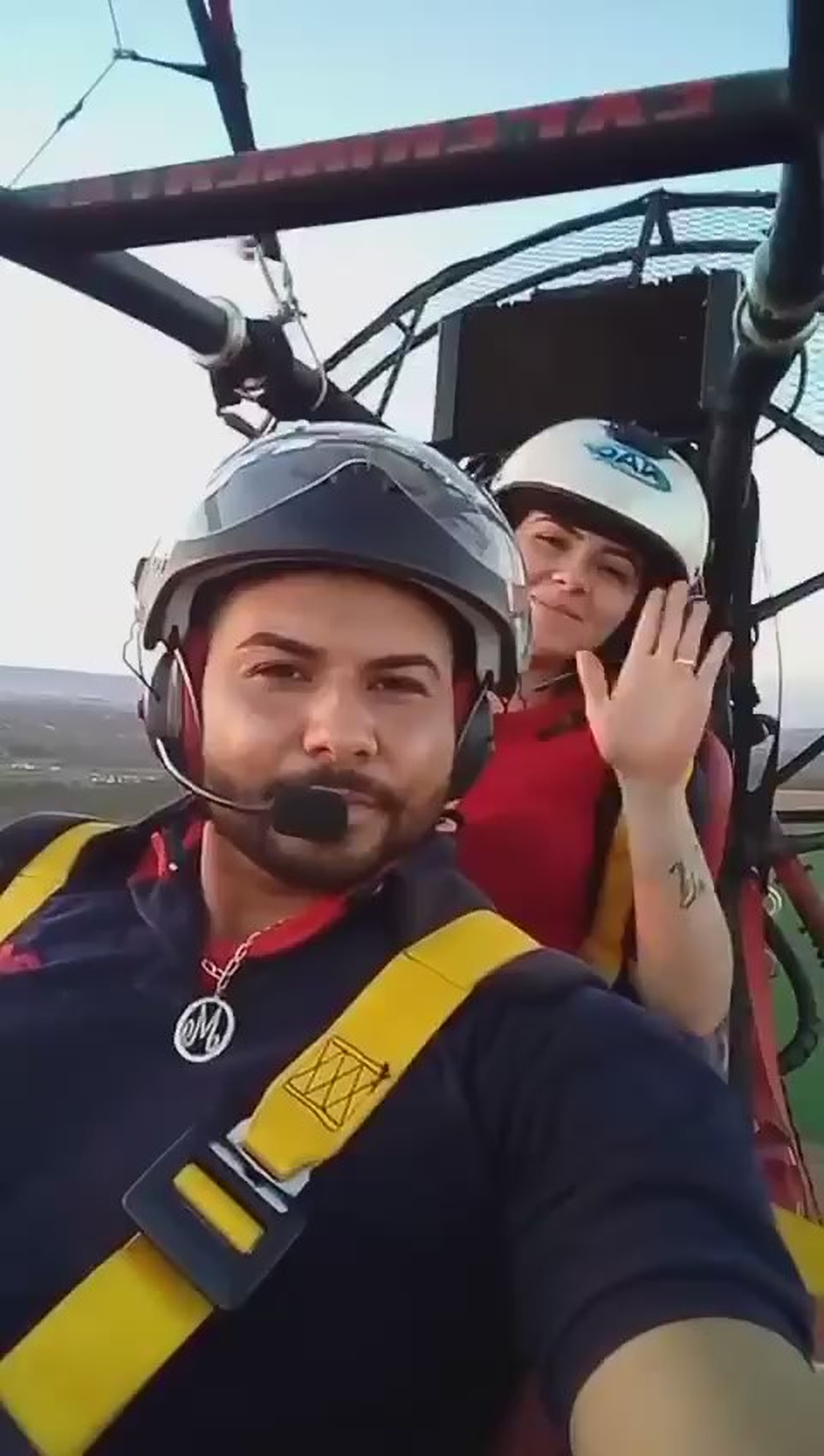 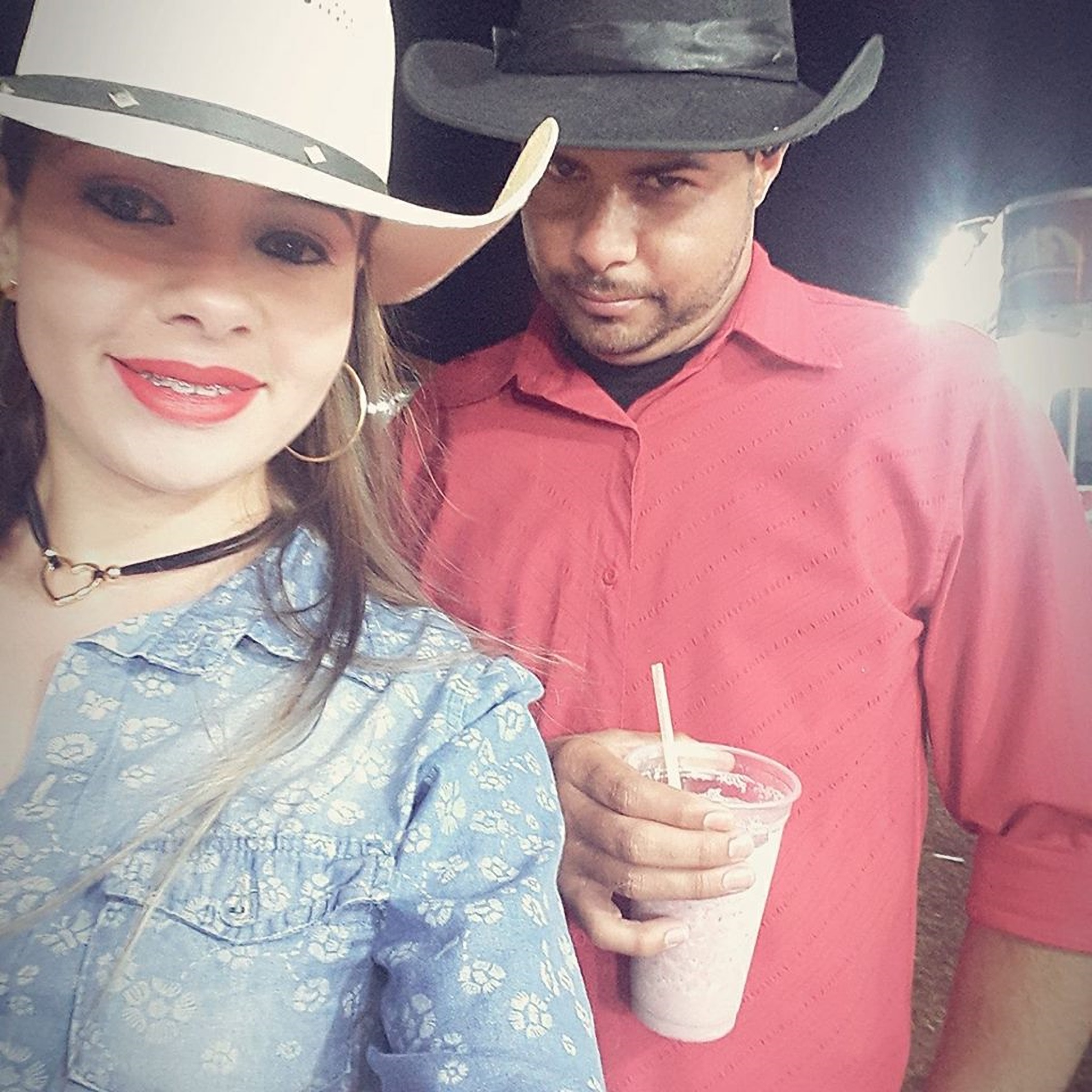 Vitória Gonçalves, 21, and Marley Rego, 34, shared the footage on a WhatsApp group of their friends, who they were on their way to see.

The couple’s bodies were discovered in the wreckage on the morning they should have been exchanging their vows at a registry office.

They took off in their two seater paraglider from Caldas Novas, central west Brazil, on Tuesday afternoon.

They were heading for a farm in Pires do Rio, some 42 miles away, where they planned to celebrate their last day as singletons with friends.

But the pair, who were reportedly experienced paragliders, never arrived at their destination.

Their bodies were found on Wednesday amongst debris at the crash site in a forest on the banks of the GO-309 motorway linking the two cities.

The flight should have taken around three quarters of an hour but half an hour after take-off their friends, who were in touch with them on social media, lost contact.

They launched a desperate search for the missing couple later that night and the hunt continued the next morning.

One of them, Andrei Costa, also a paraglider, said Marley “was experienced and had already done many flights with his fiancée”.

“During the flight, before the accident, Vitória was recording videos and sharing them in a group we had on Whatsapp," he said.

Andrei  flew over the route taken by the missing pair and spotted the wreckage strewn over a remote area in the forest then alerted the emergency services.

Speaking at the crash site, fire officer Major Adriano dos Santo said to Brazilian news website O Popular: "A friend alerted us when the couple failed to arrive at their destination.

“So this morning we searched the area located by him and found the paraglider.”

The wedding registrar said he had tried calling them several times when they didn’t turn up at the expected time and guests waited for their arrival.

The pair had been together for four years.

Marley ran a car wash and leaves a four year old daughter from another relationship, who lives with her mother.

Preliminary findings by investigators suggests that one of the two safety locking clips which are attached to the wings may have come loose and could have caused the lightweight craft to plummet to the ground.

The accident is being investigated by the Centre for Investigation and Prevention of Aeronautical Accidents.

Investigators will reveal, within the next few days, whether the equipment was defective or if there was fault by the pilot.

According to the Brazilian Paramotor Association, those interested in flying the model handled by the couple need complete a 40-hours training at an authorised school before receiving their licence. 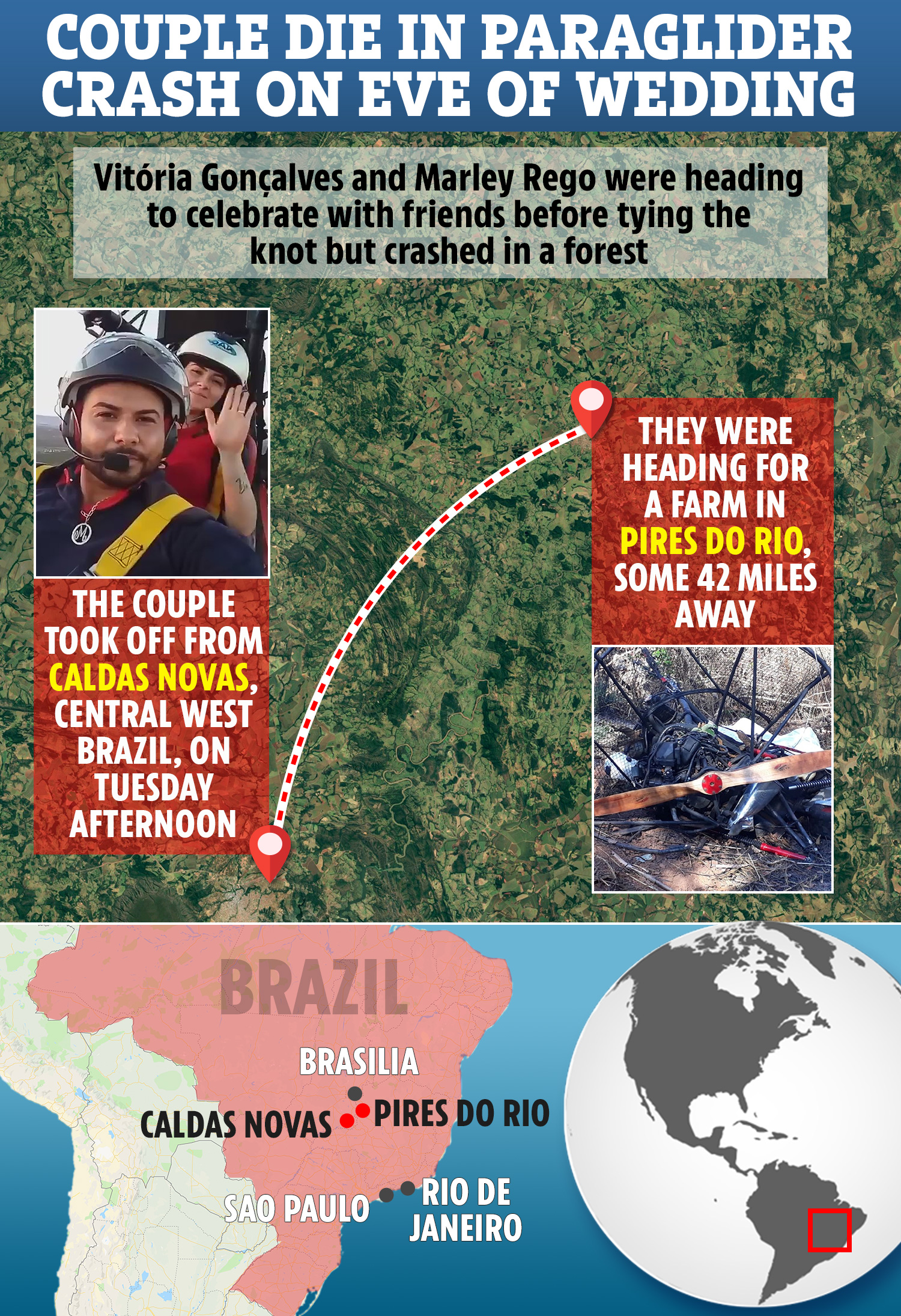 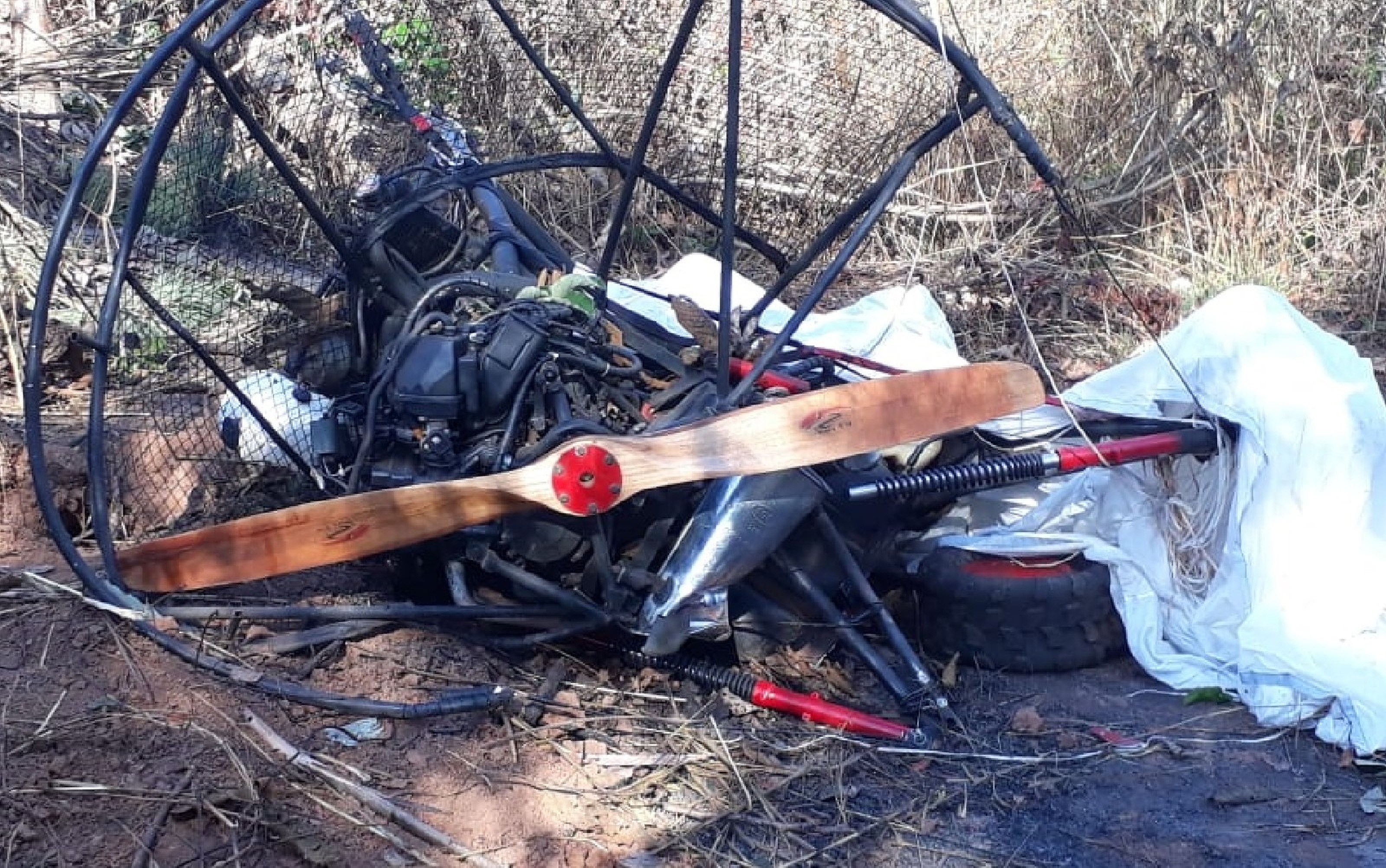 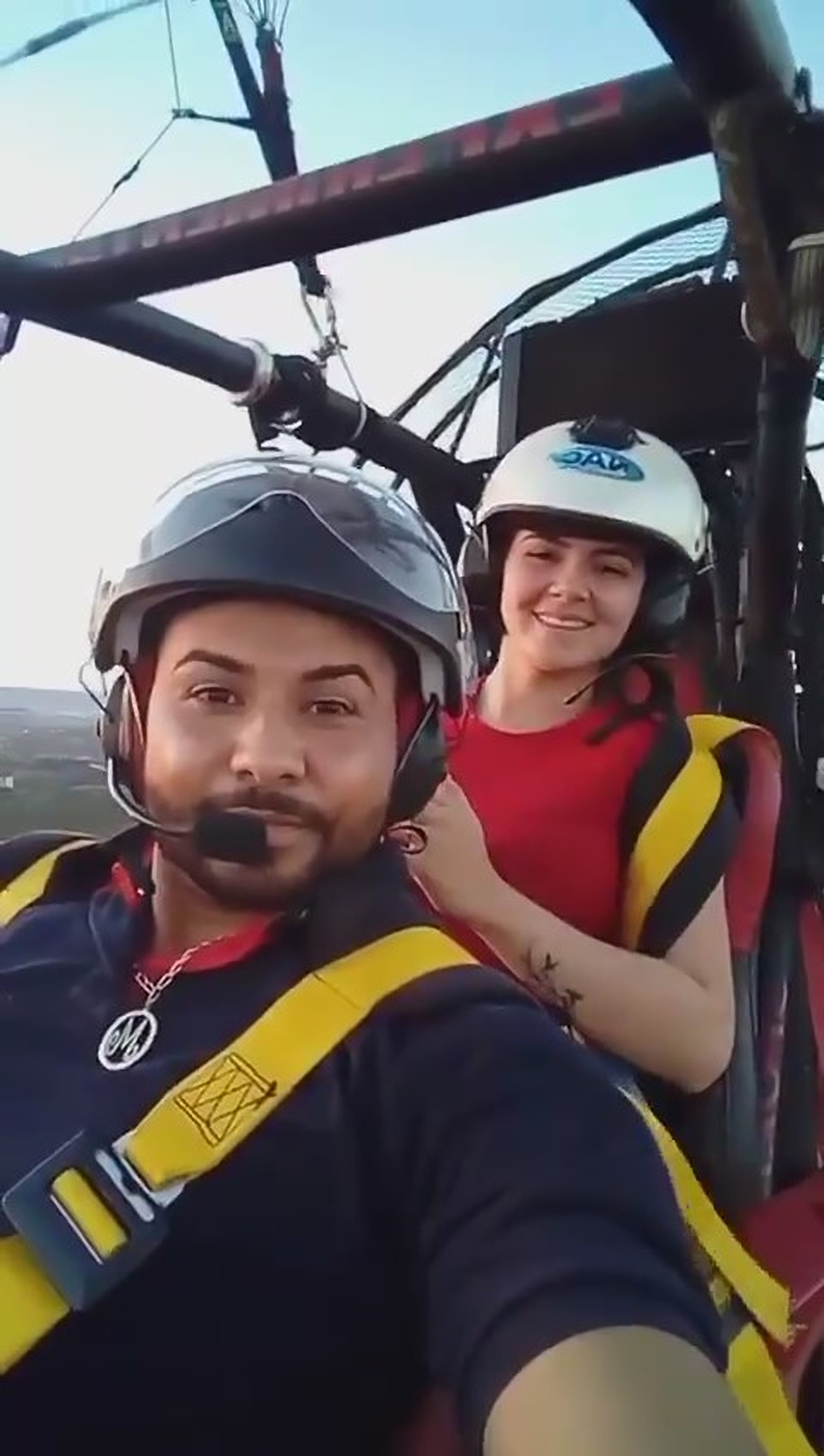 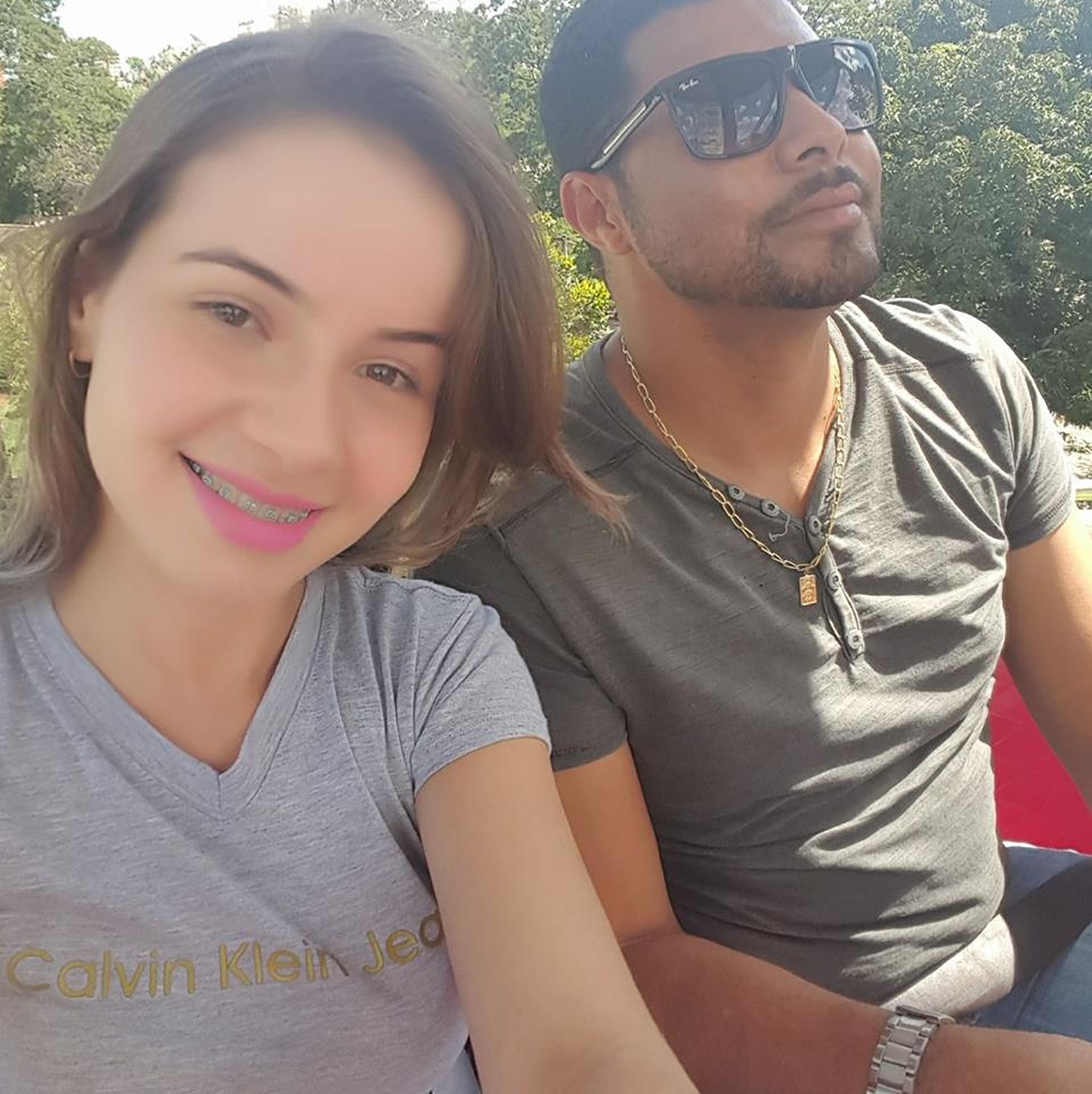