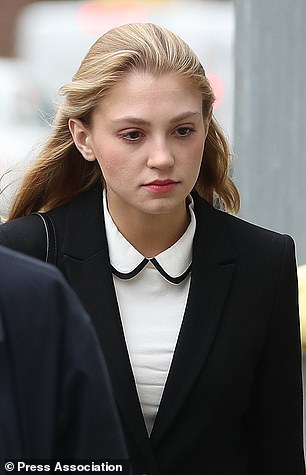 Oxford student Lavinia Woodward is to appeal her sentence, despite being spared an immediate jail term following a judge’s comments that she is ‘highly intelligent’

A promising Oxford University medical student who avoided prison for stabbing her boyfriend after a judge said she was ‘highly intelligent’ is appealing her suspended sentence.

Leading judges are to hear an application by 25-year-old Lavinia Woodward, who was given a 10-month prison term suspended for 18 months at Oxford Crown Court.

Woodward attacked her then-partner after drinking at her university accommodation at Christ Church college.

She got a suspended term after Judge Ian Pringle QC heard that jailing her would end her dream of being a heart surgeon.

The 25-year-old, who admitted unlawful wounding, had been given four months to prove herself and stay out of trouble.

The case sparked a debate over how defendants of different social classes are treated by Britain’s courts.

The stabbing happened in December 2016 when Woodward’s partner, a Cambridge University student, visited her in Oxford.

He realised she had been drinking and when Woodward discovered he had contacted her mother she became ‘extremely angry’ and began throwing objects, before stabbing him in the leg with a bread knife. 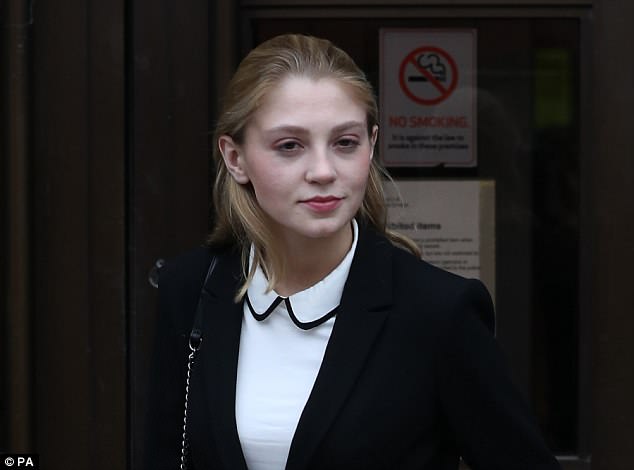 Passing sentence on Woodward, who voluntarily suspended her studies at Oxford, Judge Ian Pringle QC said there were ‘many mitigating features’ in her case and that he found she was ‘genuinely remorseful’.

He told her: ‘Whilst you are a clearly highly intelligent individual, you had an immaturity about you which was not commensurate for someone of your age.’

The judge said Woodward had ‘demonstrated over the last nine months that you are determined to rid yourself of your alcohol and drug addiction, and have undergone extensive treatment including counselling to address the many issues that you face’.

Her sentence bid will be considered by three judges at the Court of Appeal in London on Friday.