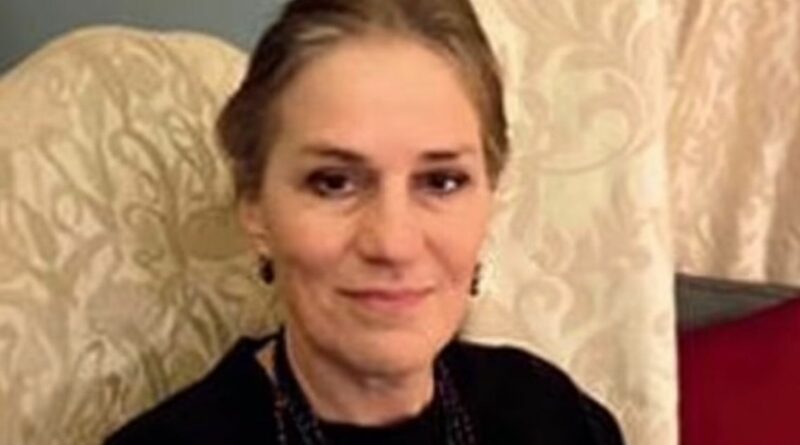 A British woman who died after a "medical episode" in a "rough and cold" Italian sea incident has been pictured following her death.

Deborah Hooper, 64, had been holidaying with retired accountant Andrew Ashman, 72, at the time of her death, which is said to have happened after she suffered from cardiac arrest in the waters.

The pair were holidaying in Punta Secca near Ragusa on the island of Sicily, Italy when the tragedy struck, after Ms Hooper went for a swim.

Police say that she had "some sort of medical episode" while she was swimming in the rough and cold waters.

The 64-year-old had been pulled from the waters by those nearby but despite the best efforts of medics in resuscitating her she passed away.

The woman, from Salisbury, Wiltshire, had taken an active interest in cathedral music during her life, prompting a tribute from Cannon Edward Probert.

Cannon Chancellor of Salisbury Cathedral Probert had known Deborah, who retired last year, for 18 years through her involvement in cathedral music as well as her work with a volunteer group.

That same volunteer group has now paid tribute to the late 64-year-old, who is said to have died after a medical episode in rough and cold seas.

Speaking of Deborah to DailyMail, Cannon Probert said: "It is devastating to lose such a valued member of our cathedral community. Deborah loved cathedral music and her children sang in our choir.

"Later, she became a steward at our services. She was thoughtful, witty, and a good friend. She will be sorely missed."

Italian Carabinieri Police said that despite the waters being "rough and cold" Deborah had decided to go for a swim in an area where there is no lifeguard watch in the off season and then suffered a "medical episode" in the waters.

A police spokesperson continued: "Her partner saw she was in trouble as did two other people on the beach but because the sea was rough they couldn't go in and had to wait until she got closer to the shore.

"They pulled her out and tried to revive her with the help of paramedics who were called to the scene but there was nothing that could be done to save her."