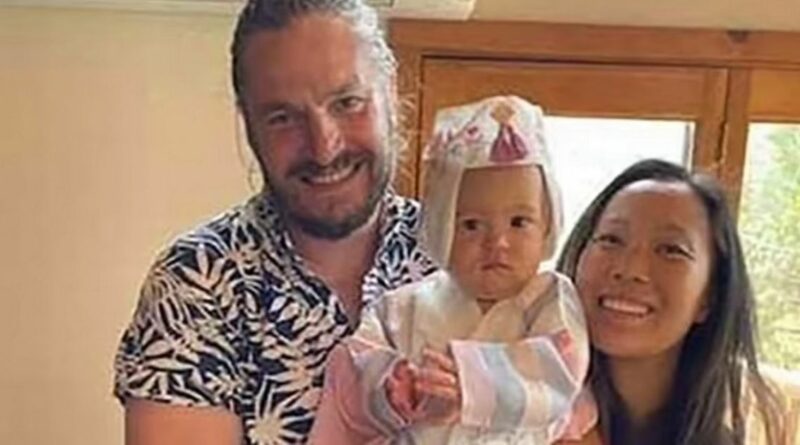 The family’s dog was also found dead on the hiking trail near an area known as Devil’s Gulch in the Sierra National Forest in Central California on Monday morning.

Police were unable to determine a cause of death, leading police to declare the area a hazmat scene, said Kristie Mitchell, a spokeswoman for the local sheriff’s office.

"It could be a carbon monoxide situation," she said. "That’s one of the reasons why we’re treating it as a hazmat situation." The three were found in the open air, not in a tent, adding to the confusion. Gerrish and Chung were last heard from early Sunday when they uploaded a photo of a backpack.

Commenting on the lack of an obvious cause of death, Ms Mitchell said that forensic experts were looking into the possibility that the family had been poisoned by toxic algae. "It is a very bizarre situation," she said.

The region was once a gold and silver mining hotspot. In 2013 two Colorado miners died from carbon monoxide poisoning after an accident in the Revenue-Virginius mine, and a further 19 were hospitalised as a result of the incident.

Gerrish was reported missing on Monday, August 16 after he failed to turn up for his job at online search giant Google.

The family’s grey Ford Raptor was found near the gate of the Sierra National Forest early the following morning. The bodies were found a few hours later

"This is never the outcome we want or the news we want to deliver," Sheriff Jeremy Briese said.

"My heart breaks for their family. Our Sheriff’s Chaplains and staff are working with their family and will continue to support them during this heartbreaking time."