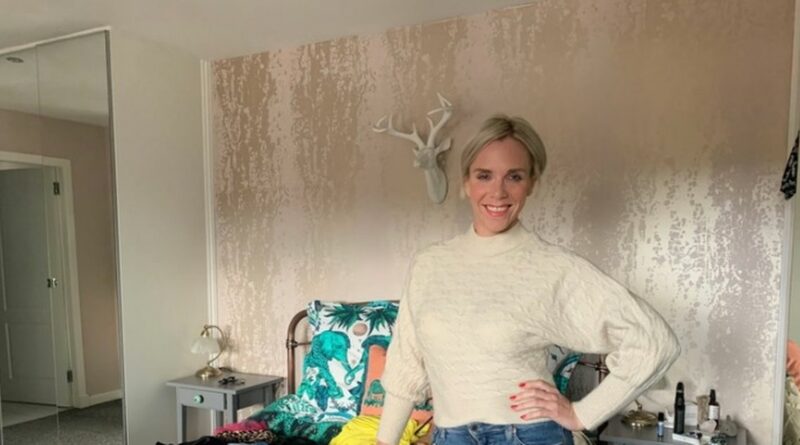 After losing her own mum to cancer, a mother-of-two is setting off on a solo trip to the tropical paradise of Bali – and leaving her two school-age sons behind.

Her partner Daryl will look after the two young lads while she takes the holiday of a lifetime, which she hopes will help her navigate her way through grief.

The 42-year-old decided to book the three-week trip to Indonesia within a month of losing her own mum, Fiona, to breast, lung, bone and brain cancer at the age of 69.

Jill, a life coach and podcaster, grew up in a single parent household and insists Fiona, who battled cancer for 19 years, inspired her to live her life to the full.

And now Jill wants to set an example to her own children through her trip to Bali, and teach them that it is not selfish to take time to look after yourself.

She told the Scottish Daily Record : "My mum was a single parent who brought my sister and I up on her own. The three of us had an incredible bond. We were there for her every step of the way throughout her illness.

"The oncologist told me that he'd never come across someone like my mum who had put up such a fight to live. It gave me hope that I could do that, and inspired me to challenge the limits I place on my own life".

"I've wanted to travel since I was 17," Jill explained, "but it was actually my mum that was terrified of me going. Then when I became a mum myself, I didn't think it was something a mum could do.

"But after working on myself, I realised that it wasn't selfish, and it doesn't mean I don't care about my kids. By doing this, I hope to change the trajectory of my kids' lives and show them that there are different ways of being a parent.

"Their little eyes are always watching me and if they see their mum hiding her emotions and never fully expressing herself, they'll go into relationships believing that's how their partner should be.

"I want them to respect and honour women and I know I'll be a happier, less resentful and calmer mum by the end of it."'

Jill has booked accommodation for the first four days on the island but after that, she is leaving it up to fate.

And despite feeling 'nervous' about voyaging to the other side of the world, particularly as she has never been away from her family for more than two days, she has been heartened by the reaction of her husband and kids, who, although anxious, are rooting for her every step of the way.

Jill continued: "Daryl's been very supportive. Before, he would've been like, 'what are you doing? Are you crazy? You can't leave me alone to look after the kids and run a business.'

"But we've gone through couple's coaching recently, and when I went on my own healing journey five years ago, I started to lean into my own needs and he had to get on board. If he didn't, we might not be together now."

She added: "I think the kids will be emotional when I go. They say they're fine but I dropped them at school this morning before the airport and there were lots of cuddles, kisses and tears.

"Do I think they'll have wobbles? Yes, because we're very close".

However, she says: " I always come back to what I'm teaching them and the impact it will have on their lives. I just can't be on my death-bed wishing I'd done life differently."