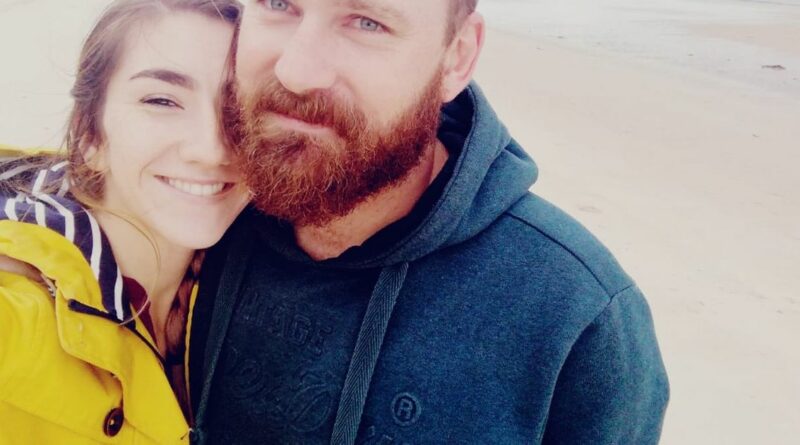 A heartbroken mum received a voice note with her husband's final words recorded as he spent an agonising six hours slowly dying.

Amanda Wicker, originally from Scotland, received a voice message from Sebastian, a land manager in Mozambique, after he was bitten by a snake on a safari trip in the African country.

She revealed that her husband’s message told her how much he loved her.

"In the message, after the snake bite you can hear that he is losing consciousness," she said.

Amanda says that following the voice note, she "sent him a message back but he didn't open it".

Mr Wicker was responsible for managing 650,000 hectares of land in Mozambique’s Zambezi Delta that’s home to the likes of buffalos, rhinos, and leopards.

Sebastian’s client had one dose of anti-venom that he gave to him immediately. He was then taken to Marromeu Hospital, a 45-minute drive away where it was confirmed the doctors did not have any supply of anti-venom.

Despite being helicoptered to Beira Private Hospital in search of anti-venom, it was too late.

Amanda said, “One of his work colleagues phoned me in tears to tell me he had died. Then I just burst out crying.

"It is still such a shock. Sebastian had been attacked by buffalo in the past but a snake attack like this is almost unheard of. It is the first time such a thing has happened out here in 30 years."

It is believed that it was either a forest cobra or black mamba that attacked Sebastian as both are carriers of venom that affects the brain.

“He had a very painful death and had to be given morphine. He was vomiting severely and struggling to breathe at the end. His tongue was swollen and it was a horrible way to die."

“I can’t imagine how he must have been suffering. It hurts to think about it even now.”

Sebastian, Amanda, and their baby boy Oskar were due to move back to Fort William, Scotland in December to spend more time together.

“He would be away for up to six months on safari with clients and was missing his son growing up. We had both decided to move to Scotland to start a new chapter and give our son a more normal life."

The former school teacher still plans on returning to Scotland with her son Oskar and will scatter Sebastian’s ashes near Glencoe.