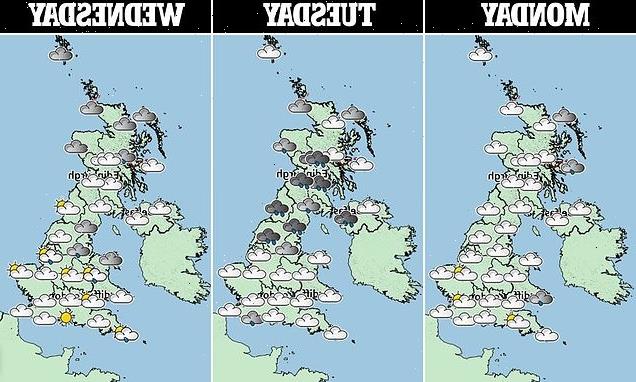 The big BARBECUE Easter weekend! Britain is set for sizzling 21C on the hottest day of 2022 this Thursday with warm spring sun to last over four-day holiday

After hard frosts, sleet and snow showers in recent days, sunny and warm weather is set to build towards the Easter holiday weekend – which could bring the hottest day of the year so far.

Temperatures could reach 21C (70F) in eastern and south-east England by Thursday, as warm as Nice, on the Cote D’Azur, in the south of France.

And highs of up to 20C (68F) are possible into Good Friday and Easter Saturday, with the rest of the Easter weekend likely to remain fine and dry in most areas.

It comes after sleet and snow showers as far south as the Peak District on Friday, and a hard frost on Saturday night bringing lows of -6C (21F) at Sennybridge in South Wales and -4.5C (23.9F) at South Newington, Oxfordshire.

The start of the week is due to be a mixture of sunny spells, showers and longer spells of rain today and tomorrow.

But temperatures are set to build through the week, with highs of 17C (63F) in southern England today rising as high as 20C (68F) to 21C (70F) in London, Cambridgeshire and parts of East Anglia by Thursday. 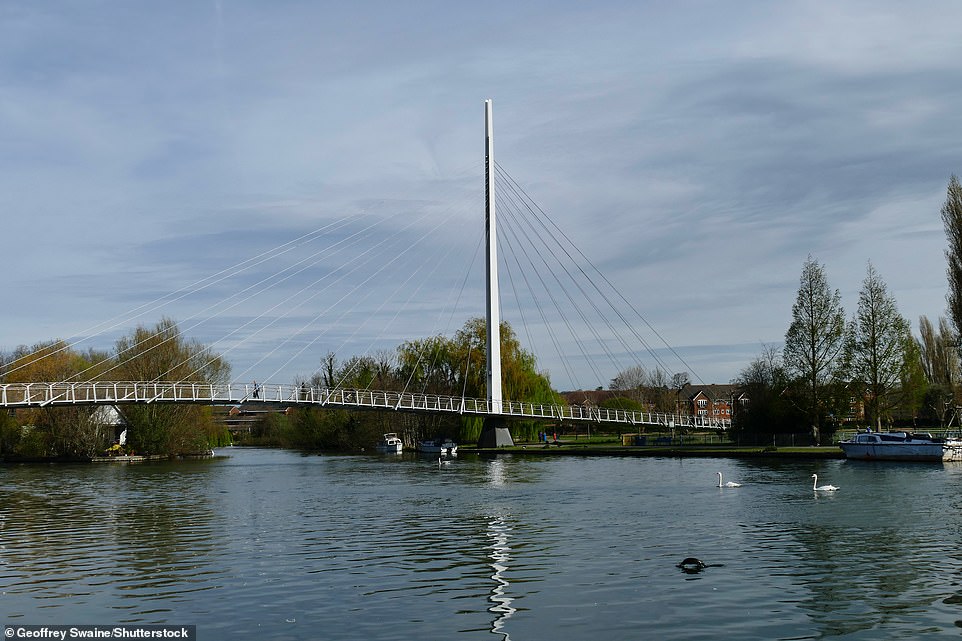 A beautiful morning today by the River Thames at Christchurch Meadows in Reading, Berkshire 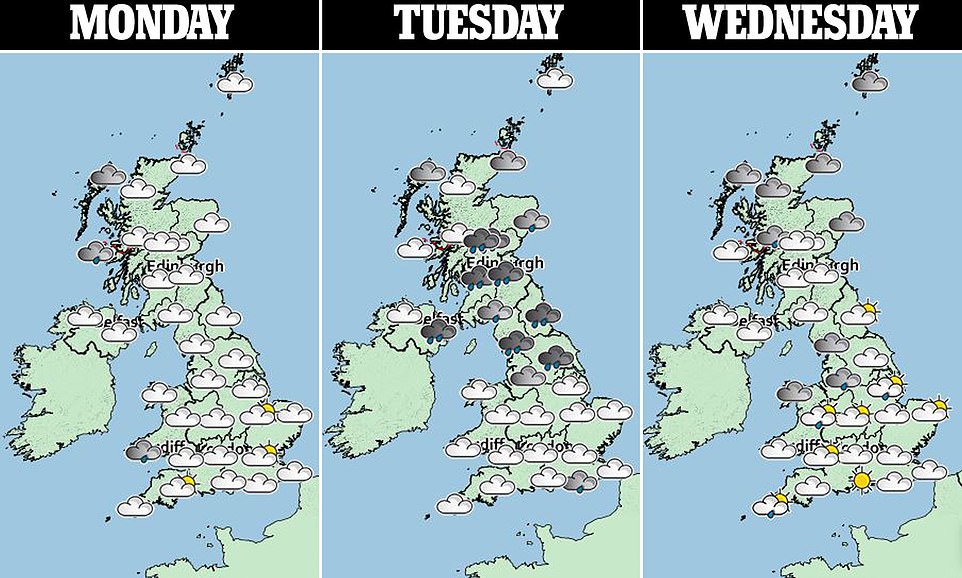 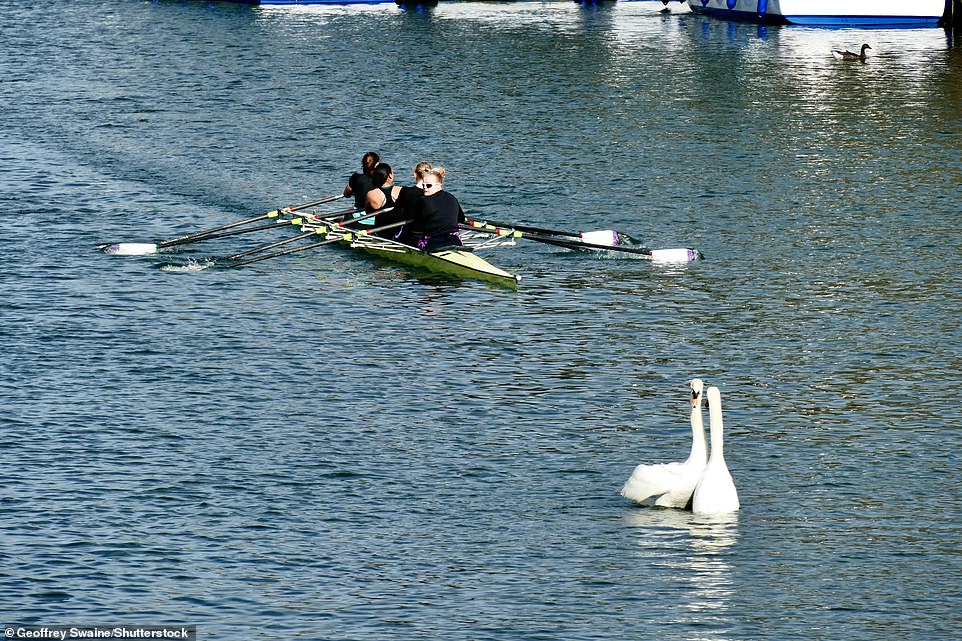 Rowers make their way along the River Thames at Christchurch Meadows in Reading, Berkshire, this morning

Met Office spokesman Tom Morgan said: ‘Sunday morning saw a widespread hard frost, and April has been quite a cold month so far, but it’s possible we’ll see the warmest day of the year later this week.

‘The warm temperatures are likely to continue into Friday and Saturday, when we could see temperatures of up to 20C (68F). For the second half of the bank holiday weekend it is still likely to be dry but temperatures might start to go down.’

But Mr Morgan said that despite the warm sunshine in most parts of the country, western areas of Wales and parts of South West England could be much cooler with coastal mist and low cloud keeping temperatures as low as 12C (54F) – even on Thursday.

The warning was echoed by the RNLI, which runs lifeboats and lifeguards, and is urging Easter holidaymakers to take care. 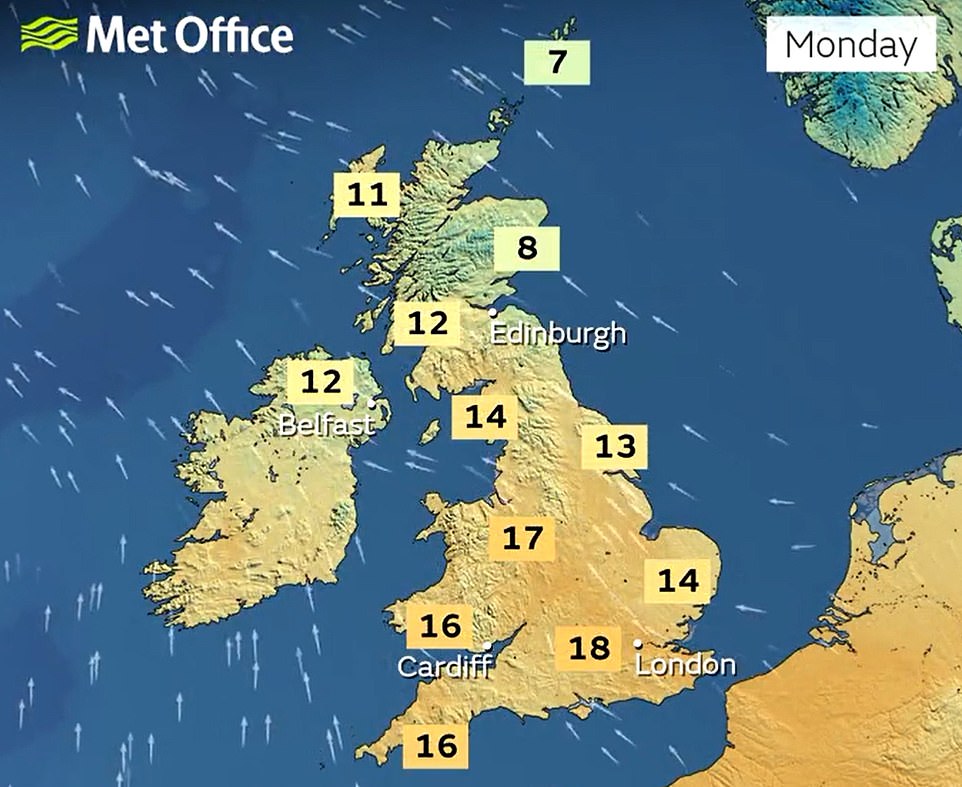 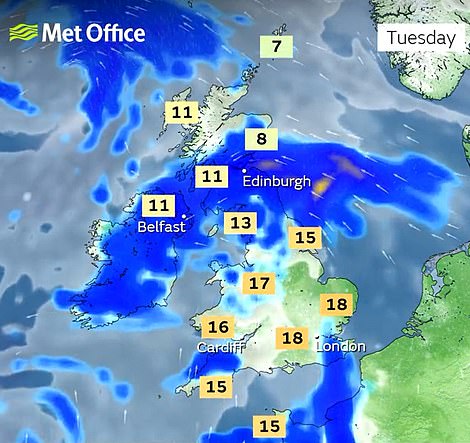 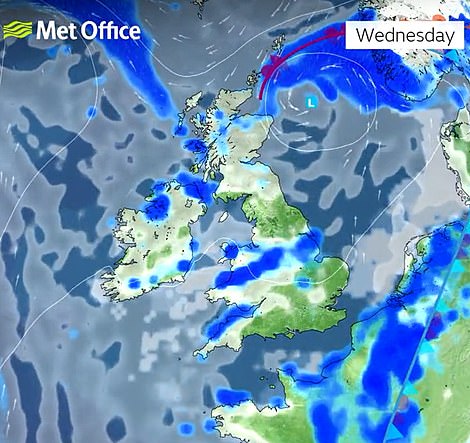 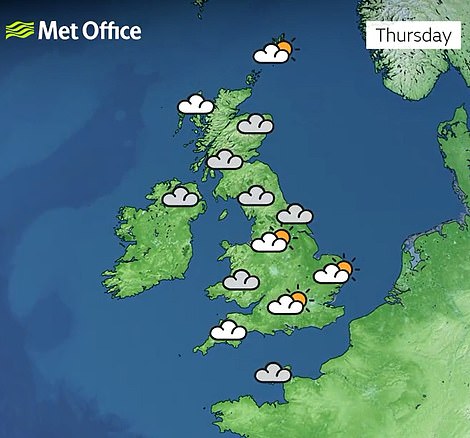 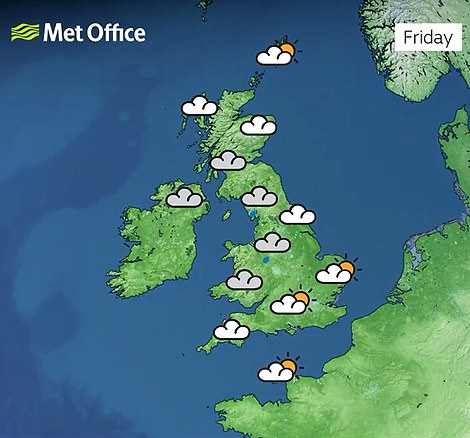 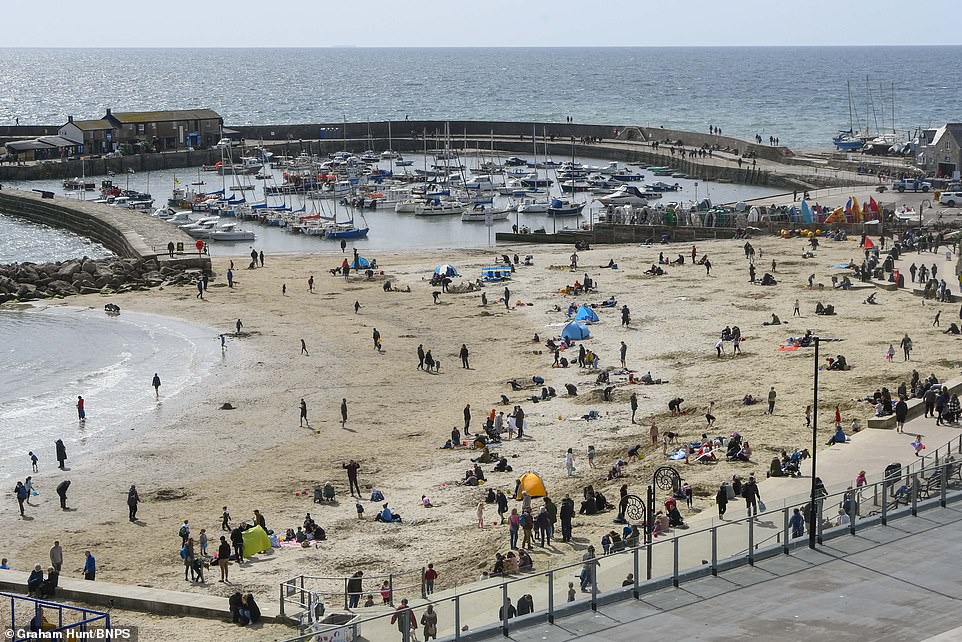 It said: ‘Despite the temptation to have a dip, the sea is still incredibly cold, increasing the risk of cold water shock.

‘With an increase in people using the sea for activities such as kayaking and paddleboarding, the charity is also urging people to be mindful of offshore winds and the risk of being swept out to sea.’

Next week fine, dry and mild weather is set to persist in the south. But ‘more changeable’ conditions could affect the north and west, bringing cloud and rain at times.

The Met Office said: ‘A northwest-southeast split of weather is likely to form, with the northwest remaining more changeable with strong winds and rain at times.

‘Some rain may occasionally spread into parts in the southeast at first but it is likely to turn dry and become generally much more settled, though perhaps rather cloudy, in the south, with lighter winds.

‘Temperatures are expected to be above average, and warm at times for the south.’