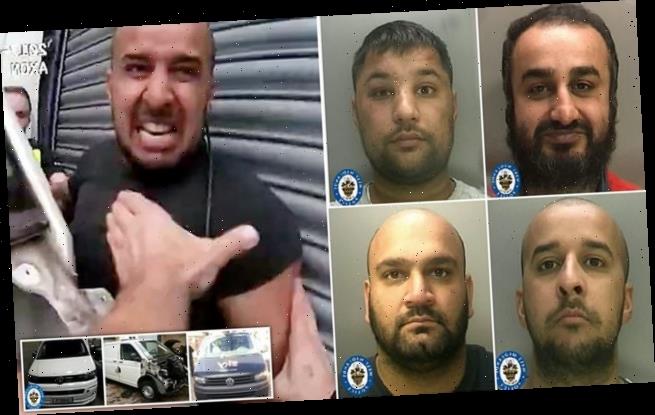 A gang behind one of the UK’s largest car ‘chop shop’ scams who stole 117 cars have been ordered to pay back more than £1million of their ill-gotten gains.

Mohammed Nadeem, Nadeem Arshad, Zahir Hussain and Amaan Zameer were jailed for a total of 23 years at Birmingham Crown Court in December 2019.

Three of the men have now been ordered to pay back a total of £1.1million after officers trawled back through their financial dealings.

West Midlands Police’s Economic Crime Unit looked through bank statements and assessed the value of the stolen cars which passed through their chop shops.

Nadeem, 28, Arshad, 42, and Zameer, 30, were ordered to pay back the huge amount following a Proceeds of Crime Act (POCA) hearing at Wolverhampton Crown Court. 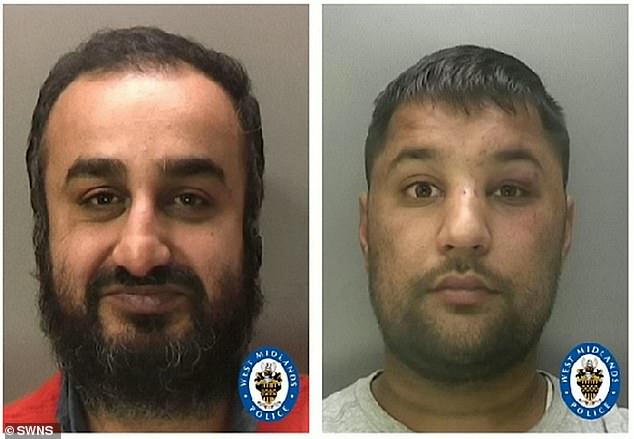 Arshad must also pay back £114,941 after he was unable to explain a series of suspicious bank account deposits.

Nadeem and Zameer must also pay back £17,543 and £51,183 respectively while the court will hear a POCA application against Zahir Hussain, 32, next month.

Detective Inspector Hannah Whitehouse, said: ‘This group was handling stolen cars on a huge scale, bigger than anything we’ve ever seen in the West Midlands.

‘They were providing a very active market for car thieves, causing lots of pain and distress to motorists.

‘These men are still in jail but it’s important we show crime doesn’t pay and will pursue offenders through the courts to strip them of their ill-gotten gains.

‘We’ll take any cash and assets the men have to repay the POCA amount and any outstanding debt will hang over them for life. 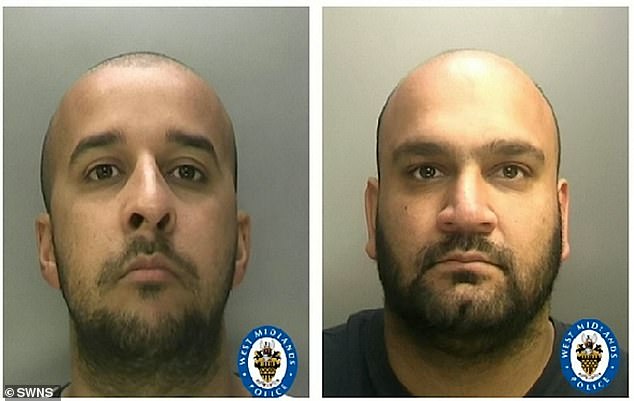 Three of the men have now been ordered to pay back a total of £1.1million after officers trawled back through their financial dealings. Pictured left to right: Zameer and Hussain

‘We will regularly re-visit their cases and seize any property or inheritance they should come into until the debt is paid off.’

They then fixed them using parts harvested from stolen cars which came from burglaries and violent carjackings.

The stolen vehicles were dismantled at ‘chop shops’ in Birmingham and their parts used to patch up the write-offs which were then sold on eBay and online for a huge profit.

One unsuspecting customer paid more than £10,000 for a VW Golf which police later revealed had been fitted with airbags from a stolen car which would not have deployed in a crash. 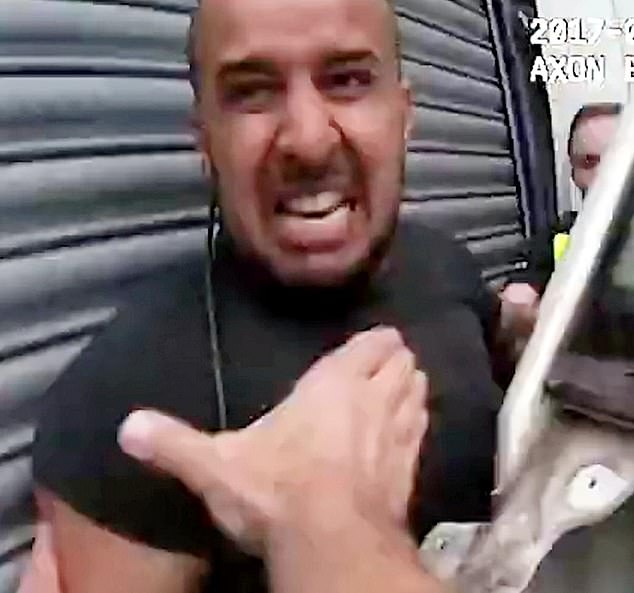 Police bodycam footage shows Amaan Zameer, 30, being caught by police officers in Birmingham after they found him to be involved in a ‘chop shop’ gang worth £1million

The gang were finally caught when a car owner traced his stolen £70,000 Mercedes SL400 to a garage in Digbeth, Birmingham, in 2017.

The stolen Mercedes was found inside with false plates and surrounded by a stash of car parts, body panels and number plates from 21 stolen cars.

The raid led officers to another chop shop in nearby Cheapside where 24 stolen cars had been dismantled.

Police also swooped on the homes of Nadeem and Arshad where more car parts and vehicle documents were seized. 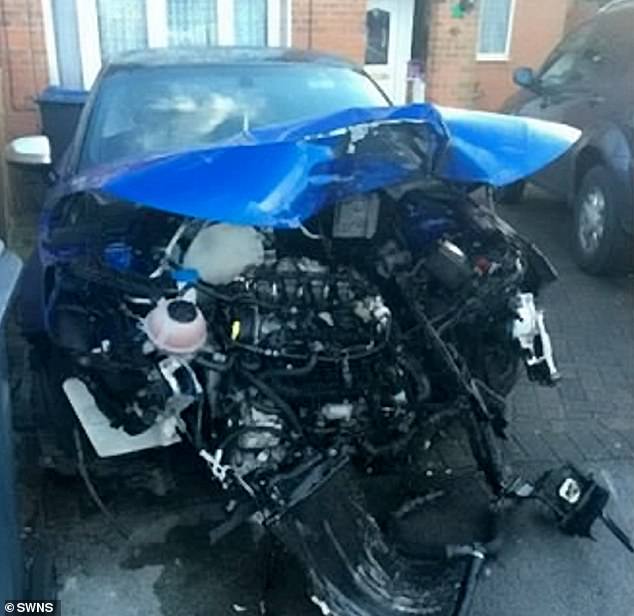 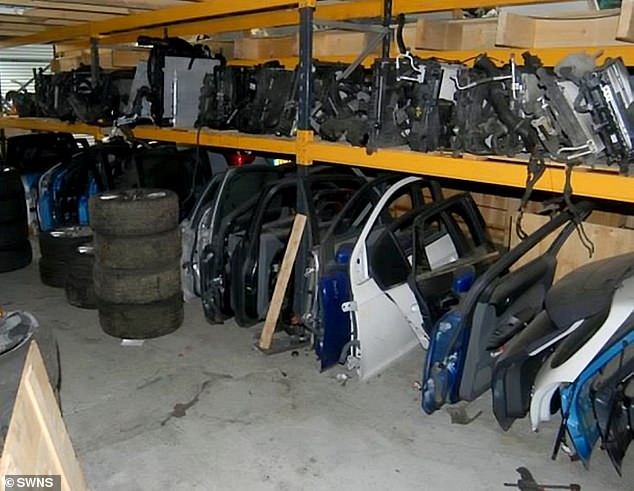 The cars were assembled at ‘chop shops’ in Birmingham (one pictured) before being sold on eBay, Gumtree and Autotrader, earning the gang more than £1million in profit

The sites had shipping addresses linked to Nadeem and co-conspirator Arshad.

Another chop shop was uncovered in Sparkhill, after a BMW stolen from a garage forecourt in Derby was tracked to a business unit.

Nadeem and Hussain, of Lozells, and Zameer, of Sparkbrook, all admitted conspiring to handle stolen vehicles.

Arshad was jailed for seven years, Nadeem to six years, Zameer five years and three months and Hussain was sentenced to four-and-a-half years in prison.

Zameer was also given three months for assault with intent to resist arrest, to be served consecutively.