A British woman jailed in Iran is facing fresh charges of spreading anti-government propaganda, and has reportedly been told by a judge she can expect another conviction.

Nazanin Zaghari-Ratcliffe, 39, from London, was arrested while on holiday with her daughter Gabriella in 2016, and is serving a five-year prison sentence after being convicted of spying charges.

Mrs Zaghari-Ratcliffe, a dual British-Iranian citizen, was taken to court on Saturday and accused of spreading propaganda against Tehran’s hardline Islamist regime.

If she is convicted, the new charges could add another 16 years on her prison sentence. 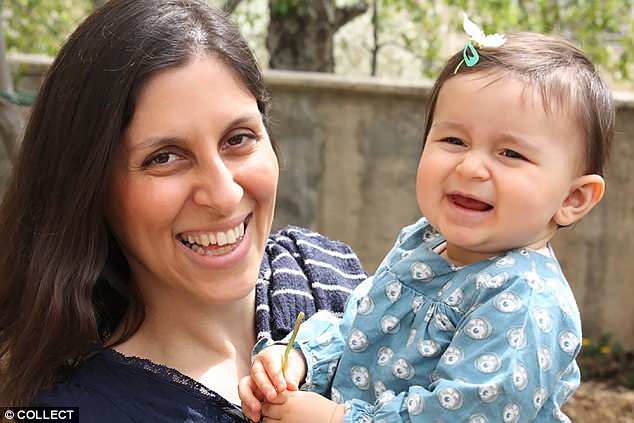 Charged: Nazanin Zaghari-Ratcliffe, 39, who is already serving five years in Iranian jail for ‘spying’, has been charged with spreading anti-government propaganda

Her husband, Richard Ratcliffe, said the mother-of-one had again denied committing any crime, and appealed for clemency and freedom so that she might be able to have a second child.

She told the court: ‘This year I am turning 40. I might only have a slim chance.’

But Mr Ratcliffe said: ‘She was told by Judge Salavati to expect that she will be convicted.’

Last week, Mr Ratcliffe said his wife had been forewarned of the new charges, which could add 16 years to her sentence.

He said she had told him she had ‘no clue why they have started all this nonsense again’ in a 5.30am phone call on May 14. 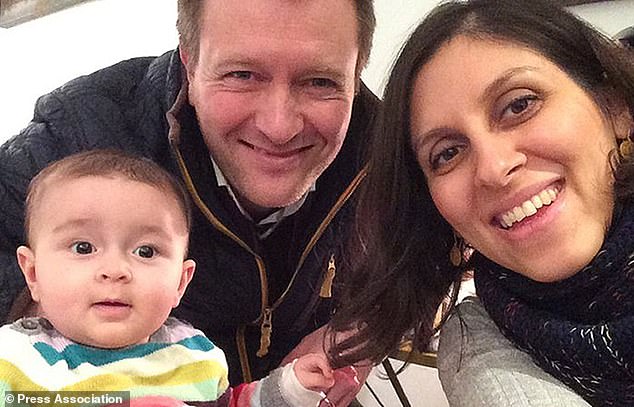 Imprisoned: Mrs Zaghari-Ratcliffe, pictured with her husband Richard and daughter Gabriella, is in prison in Iran on widely-questioned spying charges 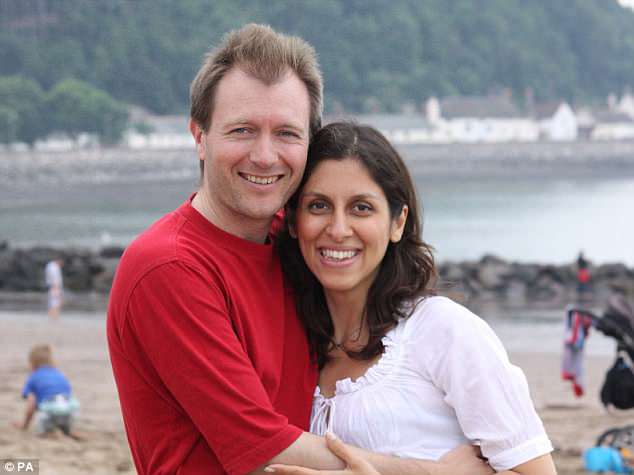 Fears: If Mrs Zaghari-Ratcliffe, is convicted, the new charges could add another 16 years on her prison sentence, her husband says

‘Please take me out of this, please,’ he quoted her as saying.

‘My parents have had enough. I want my daughter back. She needs both of us. So tell the world. Enough of this nonsense.’ 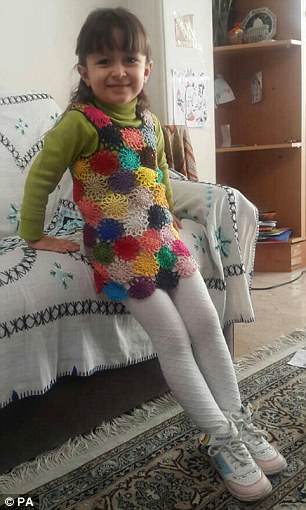 Mr Ratcliffe says his wife’s time in Tehran’s Evin prison, which has included a period in solitary confinement, has left her with mental and physical health problems.

The Free Nazanin Campaign said that on Sunday Mrs Zaghari-Ratcliffe has been able to telephone the British ambassador to Iran for the first time in more than two years.

It said: ‘She updated him on her case and situation, and requested that he try to visit. She also asked him to issue a formal diplomatic note protesting against the new charges and invented case against her.

‘Nazanin discussed both with the judge and the ambassador a request for her to be released on furlough (temporary release) for Gabriella’s birthday next month.’

Mrs Zaghari-Ratcliffe was arrested during a visit to her home country to introduce her baby daughter Gabriella to her parents.

Mr Zaghari-Ratcliffe, who works for the Thomson Reuters Foundation, is serving a five-year prison sentence over allegations, which she denies, of plotting to overthrow the Tehran government.

She said in a statement released through the campaign to free her: ‘Sometimes when I come back from the visit with Gabriella, after saying goodbye to her, I feel like I cannot live without her, I want to go back and hold her. 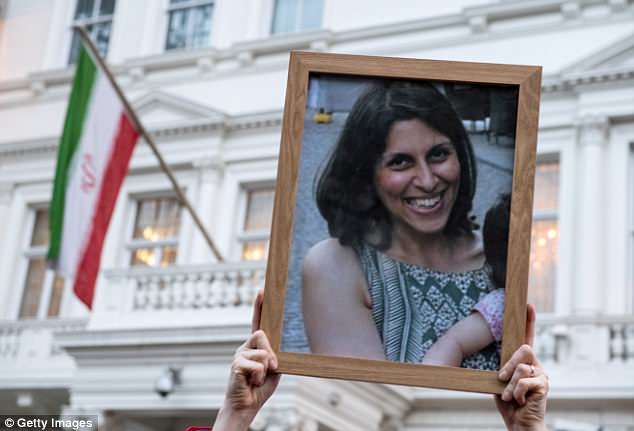 Free Nazanin: Supporters hold a photo of Nazanin Zaghari-Ratcliffe during a vigil for British-Iranian mother outside the Iranian Embassy last year

‘She kisses me so hard. It is hard to say goodbye to her. She blows kisses all the way as she goes up the stairs, and everyone stands there watching.

‘After the news of a new court case again, yesterday was one of those days. I kept thinking, how did I survive without her for 26 months?’

Mr Ratcliffe said: ‘The UK needs to do better by British Iranians – at the moment it is failing to protect them.

‘We hope the Foreign Secretary visits Iran as soon as possible, for the safety of all British citizens. We hope this time a way can be found for him not to return again empty-handed.’

Last week, Prime Minister Theresa May made a fresh appeal for Mrs Zaghari-Ratcliffe and other dual UK nationals in a phone call with counterpart Hassan Rouhani.

She said the prisoners should be freed ‘on humanitarian grounds’.

Downing Street said Mrs May had ‘raised the issue of consular cases relating to dual nationals currently held on charges in Iran’ during her call with Mr Rouhani.

She called for further progress to be made so individuals could be released on humanitarian grounds’.