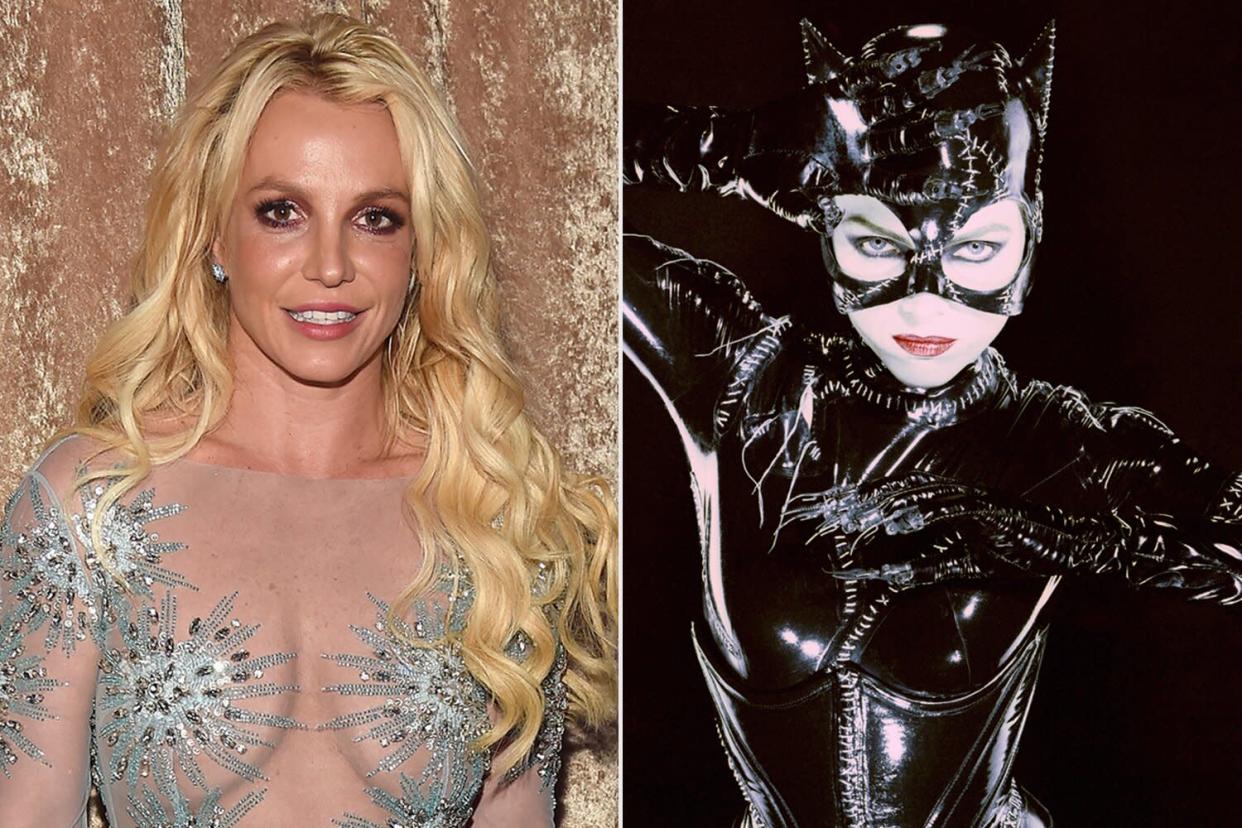 On Tuesday, Spears shared a clip of Pfeiffer as Selina Kyle, aka Catwoman, in 1992’s Batman Returns to her Instagram page alongside a lengthy, heartfelt caption about the 64-year-old Golden Globe winner’s acting talent.

“I feel like she’s the most charming … sexy … and alluring woman,” wrote Spears, 40. “this scene is probably the hottest scene I’ve ever seen in my life !!!”

“Of course, @michellepfeifferofficial whom I’ve never met is the character 🐈🐈🐈 … she is sick in this movie in the most conventional way possible,” continued the Grammy winner.

In the scene, Pfeiffer’s character — who just survived an almost deathly fall — constructs her black latex Catwoman costume from her home while surrounded by cats. “I don’t know about you, Miss Kitty, but I feel so much yummier,” says the actress upon wearing the costume for the first time.

“The disaster she exposes before the gates of hell are revealed in anticipation and biting down at its best 😬😬😬” explained the pop star. “she gives hell a whole new meaning … I respect that.”

Spears then referenced the many Batman remakes and revivals that’ve been produced since the Tim Burton-directed sequel to 1989’s Batman was released and praised Pfeiffer’s performance as a standout in the franchise.

“there’s been a lot of remakes since then well damn tons, but honestly I don’t think anyone can come even close to that scene alone !!!” wrote the “…Baby One More Time” performer.

Despite having five No. 1 singles, selling nearly 150 million records worldwide and being known as the “Princess of Pop,” however, Spears doesn’t believe Pfeiffer would know who she is.

“I know she has no idea who I am, but I just want to let her know a silly girl from the South has always thought she was a freaking God and I have so much respect for her it’s kind of insane,” she continued. “Thank you for doing your craft in such a beautiful way 🙏🙏🙏… one and only Pfeiffer!!!”

Pfeiffer isn’t the only famous woman Spears has shouted out via Instagram as of late. Over the weekend, she penned a sweet, since-deleted post about Selena Gomez, who watched her marry Sam Asghari last month in Los Angeles. 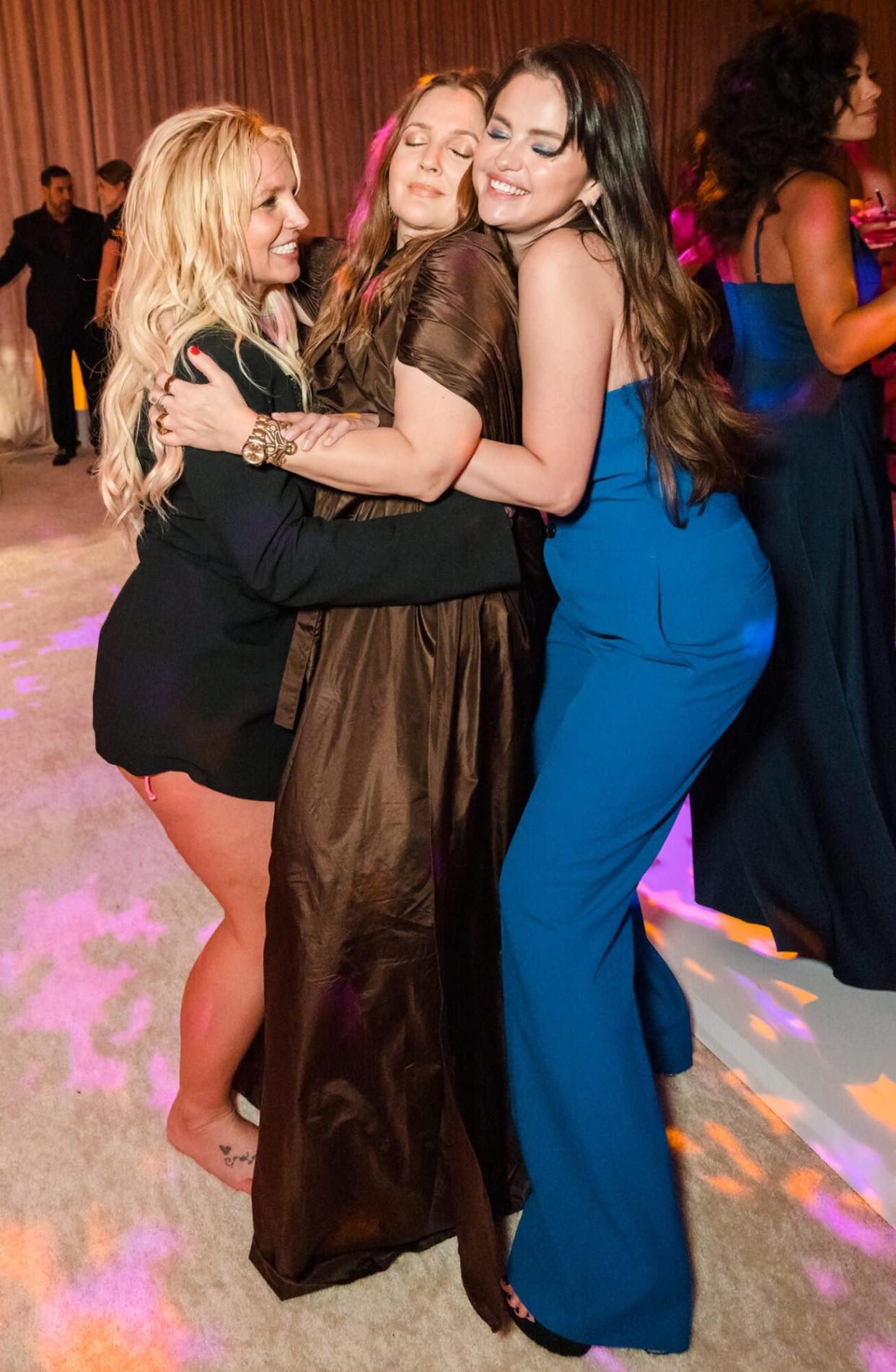 “She came to my wedding,” Spears began the caption, posting a picture of the Only Murders in the Building star in a khaki-colored top with a multicolored graffiti covered skirt. From there, Spears tagged Drew Barrymore and Paris Hilton, calling the trio “the three most beautiful women in Hollywood.” Barrymore, 47, and Hilton, 41, also attended the June 9 nuptials.

RELATED: Britney Spears and Selena Gomez Get Emotional on Instagram: ‘I Am Beyond Lucky to Know You’

Continuing the caption and referencing Gomez, the newlywed wrote, “I was SO HAPPY !!! She told me “I just want you to be happy” three times…” 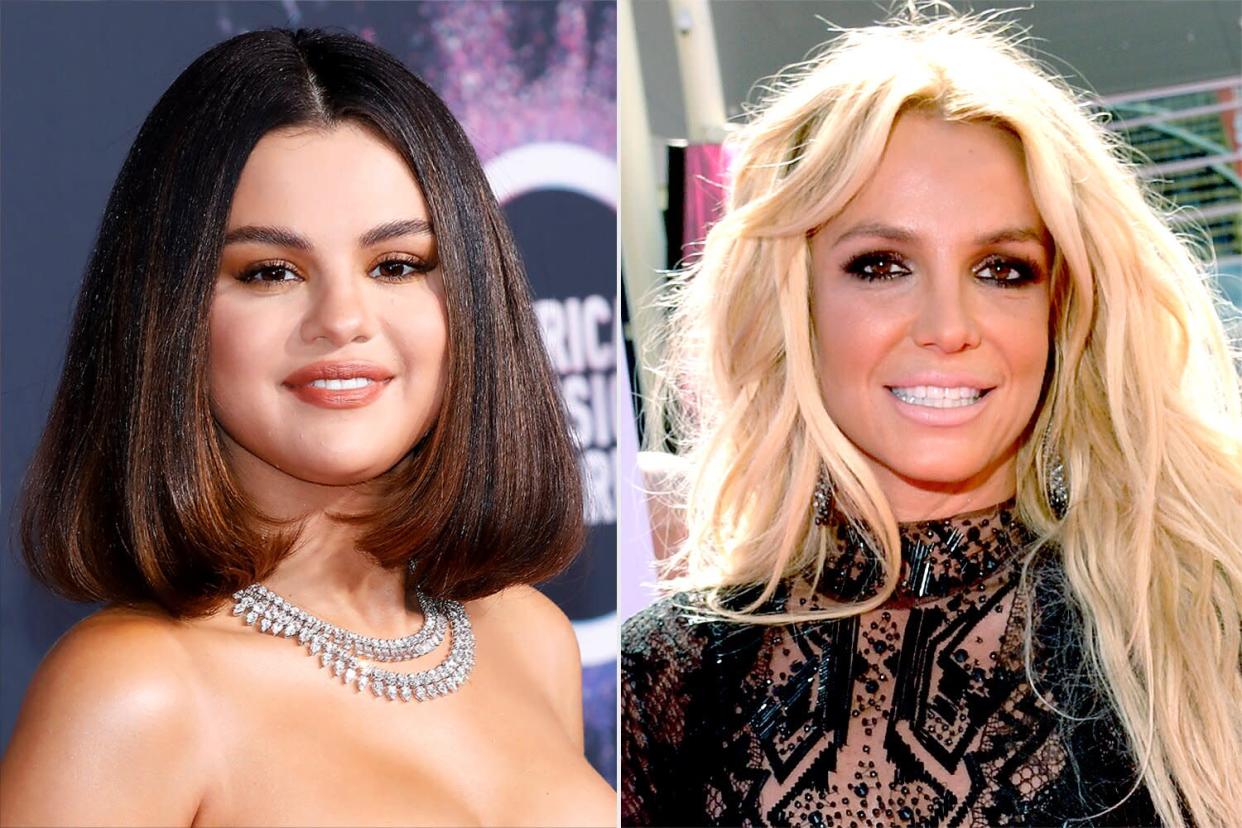 “I appreciate ALL the mental health speeches she does for our generation … Two hour specials with representatives … You’re such a special person and I had to share this picture … I thought it would make her happy,” Spears continued.

Commenting below, Gomez wrote that she was “speechless” to read the pop star’s tribute.

“Britney-you are so kind and have the most beautiful soul. I am beyond lucky to know you. You deserve all the happiness in the world!💕,” the Rare Beauty founder wrote.

Hilton also chimed in to wish Spears well, writing, “Love you so much sis! 😍 You deserve the world🥰.”