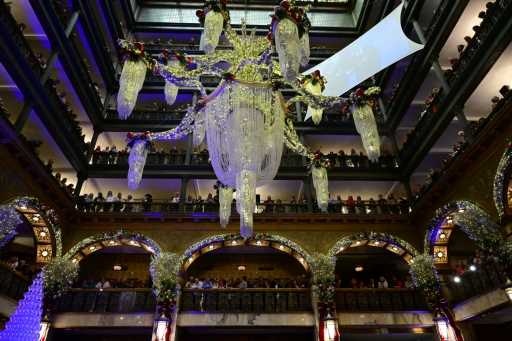 First, the historic Denver hotel was forced to close its hotel, kitchen and restaurant operations and cancel Thanksgiving events on Nov. 17 after a fire in a 130-year-old chimney in the basement damaged the property’s boilers.

Now, a week before Christmas, the 130-year-old hotel at 321 17th St. is dealing with a broken pipe that burst in one of the guest rooms above Ellyngton’s and has flooded the restaurant, 12 rooms, plus a meeting room on the second floor.

“It was a hydronic heating line, a water line we use to heat our guest rooms, so it was clean water but a lot of water flow,” said Brown Palace general manager Nick Moschetti. “We immediately called a mitigation and restoration company, and they’ve been working in Ellyngton’s as well as other areas of the hotel since Friday. Their primary objective is to obviously eradicate all the moisture and treat any areas affected to ensure we don’t have any bacterial growth.

“Then we will begin restoration after clean up and mitigation is complete,” he added.

The restaurants had all reopened after the pre-Thanksgiving fire, and hotel operations resumed this week. But Ellyngton’s has been closed since Friday, Dec. 9 due to the broken pipe. Moschetti said he’s unclear if the maintenance to the boilers after the fire caused the pipe burst.

“At this time, I can’t speak to the scope of this process,” Moschetti said. “We’ve got to ensure we do the proper mitigation and disinfection process, and then depending on what needs to be replaced, like carpet or wall coverings, we’ll have to source that and obtain it. We don’t have a targeted reopening date at this time.”

While Ellyngton’s remains closed, the hotel’s Palace Arms restaurant will be serving breakfast, and breakfast with Santa on Saturdays has been moved from the damaged conference room to another untouched one on the second floor.

“Despite all the challenges we’ve faced recently, we’ve had a very successful December in food and beverage,” Moschetti said.