Home » World News » Bulgaria in crisis: Third election in 2021 called – will there FINALLY be a result? 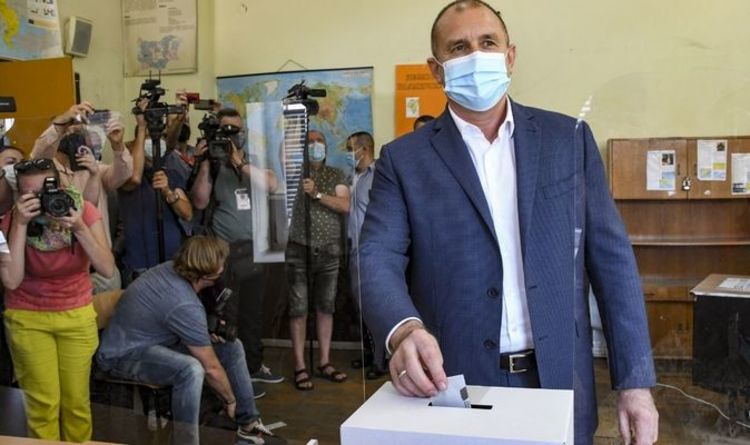 Bulgaria: MEP warns EU of 'corruption' within the country

Bulgaria is preparing for a general election, which is likely to take place this November. This latest snap election has faced a wave of criticism – it’s the third one to be held within a year. Lawmakers have today decided they will also hold their presidential election in the same month – flinging the country into further political chaos. Here’s the latest on the upcoming elections in Bulgaria.

Bulgarians will take to the polling station to vote for their next president on November 14.

It’s likely that the parliamentary elections will also take place in the same month.

This will make it the third national election to happen within a year.

The first election to take place was in April 2021, but it failed to produce a majority government.

The last general election was in July 2021 which also produced a hung parliament.

Since the latest inconclusive election result, three attempts have been made by various political parties to form a cabinet.

None of these attempts have been successful.

It has forced the country to once again hold a general election.

It is hoped that November’s elections will be able to secure a majority government.

Bulgaria is in political chaos, as without a majority party the government cannot function effectively.

Why is Bulgaria holding Presidential elections?

The current president, Rumen Radev, is standing for a second term in office.

He was first elected as President in 2016.

The office of President has been largely ceremonial in the past.

But owing to the current political crisis, President Radev has had to appoint temporary ministers.

After the April 2021 election result, President Radev has to appoint an interim government which he led.

When will the general election be held?

President Radev must dissolve parliament and schedule a date for the next parliamentary elections to take place.

The exact date for these elections is expected to be decided by President Radev later this month.

Lawmakers want to pass a revised budget for 2021 before the date of these elections are set.

It is hoped that this third national election will produce a functioning government the country so desperately needs.