Home » World News » Bulgaria offers a vaccine to anyone who wants one, and long lines form. 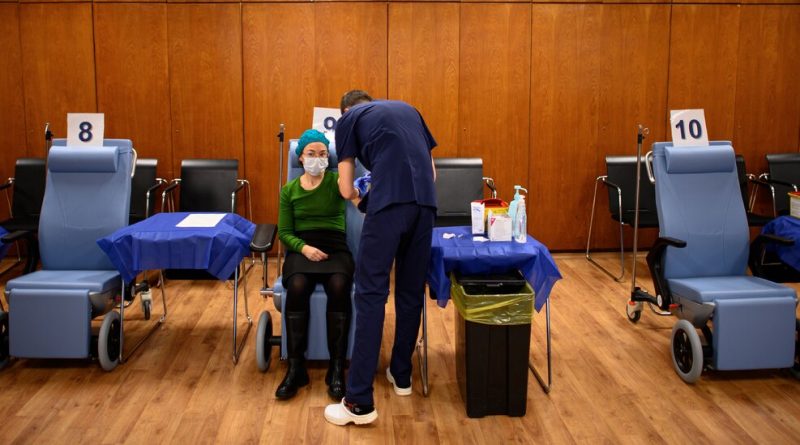 When vaccines arrived this winter in Bulgaria, which had one of the highest excess mortality rates in Europe, the authorities hoped people would clamor for a shot.

Instead, they were greeted by many with a shrug and skepticism.

Just 1.4 percent of the nation’s seven million people have been inoculated with the first dose, according to the European Center for Disease Prevention and Control.

The rollout of mass vaccination programs has been slow in many parts of Europe, but Bulgaria is lagging even further behind.

In an effort to speed up progress, Prime Minister Boiko Borisov called for “green corridors” allowing anyone who wanted a vaccination to get one, regardless of whether they were in a priority group under the country’s vaccination plan.

The goal was to administer around 10,000 shots per day, he said. The reaction appears to be better than expected: The lines evoked the period of communist rule, when people would spend hours waiting to get basic supplies like oil or meat.

Since Friday, 30,000 people received their first vaccination, according to data provided by the health ministry.

In comparison, around 120,000 total doses have been administered since vaccination campaign began in December.

Apostol Dyankov, a 38-year-old environmental expert in Sofia, received his shot on Sunday.

“I spent the weekend, browsing Twitter to figure out where this was for real,” he said. “The news was so unexpected that I couldn’t believe it’s actually happening. The lines I saw on the news reminded me of socialist times, when a store would receive a shipment of bananas.”

Donka Popopa, an owner of a construction business, described a chaotic scene at a vaccination site in Plovdiv, the country’s second-largest city, where medical workers were vaccinating all comers.

“We waited for several hours, even though we were told to come in the morning,” she said, adding that it had been difficult to figure out whether and when her employees were eligible for vaccination.

The health minister, Kostadin Angelov, told reporters in Sofia on Sunday that the turnout was a triumph.

“I would like to thank all the people who believed in science,” he said. “To those who have not been vaccinated, I would like to say something loud and clear: Bulgarians, hope is in your hands, the decision is yours. Please, trust the science, trust the doctors.”

Officials acknowledge, however, that maintaining the early burst of enthusiasm will be a challenge.