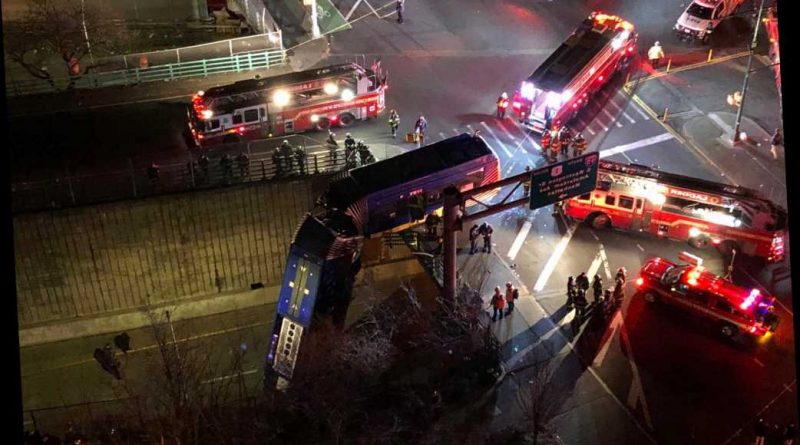 An MTA bus driver lost control of the vehicle and careered off a Bronx overpass in a crash that left at least nine people injured on Thursday night, authorities said.

The harrowing incident took place at around 11:10 p.m. on University Avenue and left the bus dangling precariously over an exit ramp of the Cross Bronx Expressway.

Police said no other vehicles were involved in the accident.

One of the victims sustained serious injuries, the FDNY said, while the others were considered non-life threatening and minor.

It was not immediately clear if all of the injuries were sustained by people aboard the bus.

The victims were all taken to area hospitals, the FDNY said.