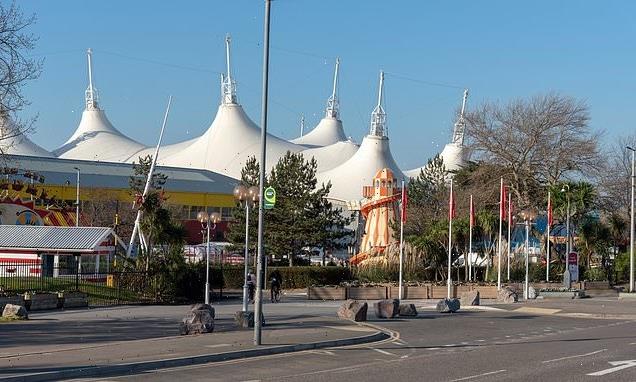 Butlin’s customers have been devastated after the popular holiday resort was forced to cancel bookings at short notice.

A series of disgruntled UK visitors expressed fury about their family breaks being axed with just days to go.

The problem appears to be confined to the Minehead resort, which at capacity can host some 7,500 people.

But the impossible situation foisted on the hospitality sector by the coronavirus pandemic has sparked problems for many businesses.

It includes difficulties in getting enough staff to be able to operate safely under restrictions.

Parent Sarah Thornton had been supposed to take her family away for a trip. 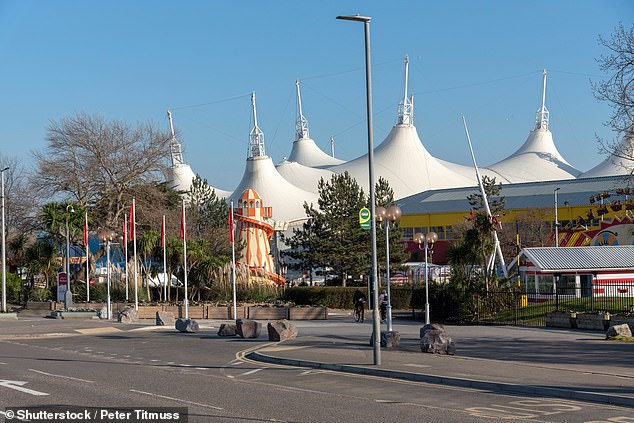 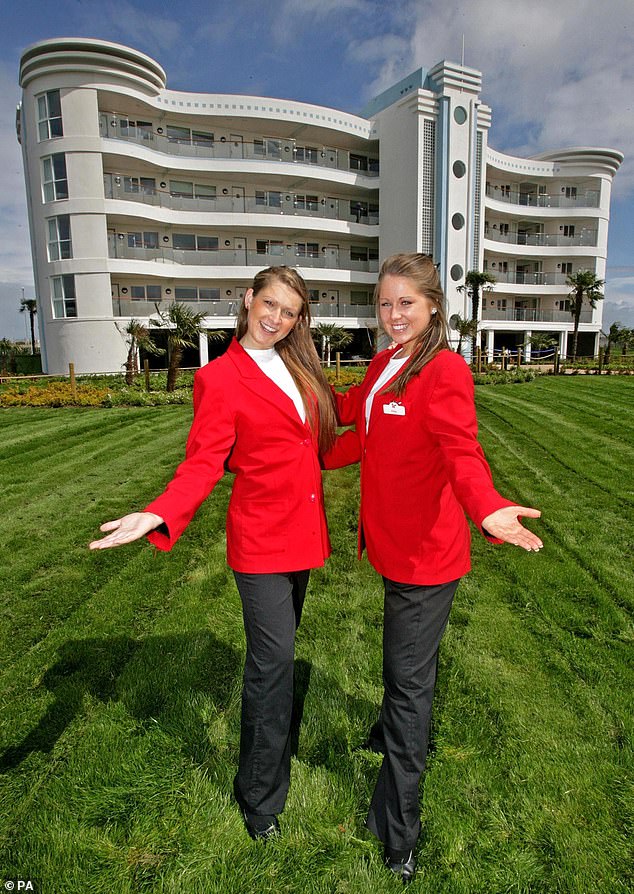 She wrote online: ‘Just had my holiday cancelled two days before we are do to go.

Bill McCai was also hit hard by the cancellations.

He said: ‘Shame on you Butlin’s. Received an email cancelling my weekend two days before we were due to go. 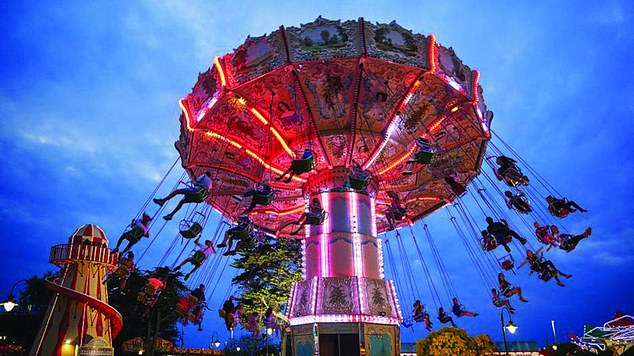 One of the rides at Butlin’s Minehead resort, which has been forced to make cancellations 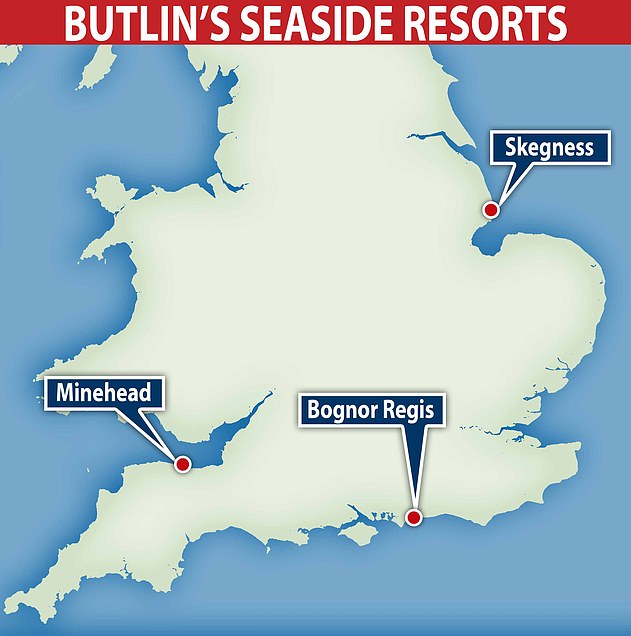 Billy Butlin opened Butlin’s first site in Skegness on 11 April 1936, which doubled in size in its first year.

Mr Butlin handed over his two camps to help with the war efforts in the 1940s, with Clacton becoming an army camp and Skegness HMS Royal Arthur.  He also had sites at Ayr, Pwllheli and Filey.

He bought all the sites back after the war and opened indoor heated pools in the 1950s.

In the 1970s, people started holidaying abroad more frequently, losing the specialness of the British seaside.

‘Holiday camps’ faded and the Butlins sold the business to the Rank Organisation.

Mr Butlin died in 1980 and Redcoats lined his funeral procession.

Redcoats were brought in after families weren’t mingling as Mr Butlin hoped in the first week.

He ordered Norman Bradford, a senior engineer, to engage with the crowd and then go to buy a distinctive blazer. Mr Butlin decided red portrayed the cheerful holiday atmosphere he wanted. The Redcoats were born by the end of his first week in business.

Butlin’s was opened in 1936, when Billy Butlin bought a plot of land in Skegness to make a British seaside break accessible to all.

He wanted families to feel cared for while they were away and built a team – now known as Redcoats – to set the standard for providing brilliant service to guests.

Butlin’s has three resorts located in the seaside towns of Bognor Regis, Minehead and Skegness.

They host entertainment and activities throughout the day to keep the whole family entertained, from workouts to live shows.

The Bognor Regis resort in West Sussex borders the South Downs National Park and has three hotels and a new family pool.

Minehead is the largest of the three and is on the hilly moors of Exmoor, Somerset, while Skegness is next to the Blue Flag sandy beach.

A Butlin’s spokesperson said: ‘We’re sorry that we’ve had to make a small number of cancellations at our Minehead resort for breaks on the 18th and 21st June. We’ve directly contacted those affected, offering a full refund and a free break of their choice as an apology.

‘The hospitality industry continues to experience unprecedented and challenging times.

‘We have added many new team members in recent weeks and are recruiting rapidly to fill additional roles needed to meet the rise in demand for holiday stays at our resorts.’

‘This has been a very difficult decision and we understand how upsetting this news will be at such short notice.

‘We would like to apologise once again for the inconvenience and disappointment caused but look forward to welcoming affected guests back for their complimentary holiday with us.’