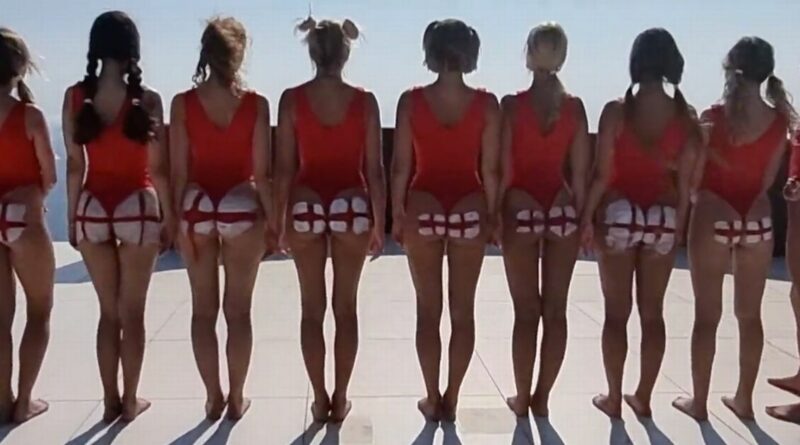 The infamous 'Butt Squad' models have thrown their support behind England in Euro 2020 despite the Three Lions thrashing their native Ukraine 4-0.

The group of stunning models were jailed for a racy balcony photoshoot in Dubai in April and seem to bare no hard feelings for England's crashing quarter-final victory against their country.

They made a video to support Gareth Southgate's team which includes the message: "No Butts, beat the Danes."

The cheeky girls have their backs to the camera with England's St George's Cross flag painted on their bums.

Other messages from the Ukrainians included "we're behind you" and "don't hold back".

Tourism student Diana Oksanich, 18, was one of those imprisoned over the controversial Dubai photoshoot. She said: "We showed support to our national team, who proved to be worthy to be among Europe's top eight.

"But sport is unpredictable, and after England's brilliant performance, we decided to get behind them."

England take on Denmark in the crunch Euro 2020 semi-final at Wembley on Wednesday night.

The 'Butt Squad' has reportedly received a financial incentive to pose in England colours ahead of the game, with a £50,000 bet in their name on a victory for the Three Lions, who are the favourites for the match.

A source said: "If they posed for England a bet would be placed for the girls in the amount of £50,000.

“Such a win will make up in some way for their hideous experience in the Dubai jail."

Before Ukraine's game with England last Saturday, some of the squad posed overlooking the River Dnipro and People's Friendship Arch in Ukraine's capital Kiev to support their nation's players.

Diana added: "Yes our team lost, but we love the sport and when choosing whom to cheer for, England's an obvious choice.

"Obviously, we love football but the offer from BookieLink.com helped us feel super excited about England's upcoming win over the Danes.

"It’s a win that all of us are waiting for and we wanted to make a great video to show our support."

The group made global headlines in April when they were detained in Dubai over their balcony phootshoot.

There are strict laws against public nudity in Dubai and the UAE and 13 of the girls were put in a grim jail, although they were all eventually released and told not to return.

The girls have been banned from Gulf countries for at least five years.

'Butt Squad' model Evgenia Taran told of their hellish experience as they were held up authorities for two weeks.

She said: "The light was on 24/7 and there was endless knocking air conditioning. The lack of toilet paper, spoons, and human attitude from employees goes without saying."

They had been invited to Dubai on an all expenses paid trip by US businessman Vitaliy Grechin, 41, who says all the women are his "close friends".

He boasted about having sex with two of the 'Butt Squad', but "not at the same time". The Soviet-born playboy was raised in American before returning to Ukraine.