Bercow ‘stepped over the line like Harvey Weinstein’ by bullying his staff, ex-official claims as a Cabinet minister vows to give ‘first hand’ evidence against embattled Commons Speaker

John Bercow stepped over the line ‘like Harvey Weinstein’ by bullying members of Commons staff, a former top official has warned.

David Leakey, the former Black Rod, drew the comparison between Weinstein’s alleged sexual harassment and claims of Mr Bercow’s bullying as he stepped up a campaign against the Speaker.

The intervention piles on further pressure to the embattled Speaker. It was also claimed today a serving Cabinet minister is prepared to give ‘first hand’ evidence against him.

And Commons Leader Andrea Leadsom joined the move against the Speaker, claiming all allegations about bullying Commons staff were ‘shocking’ and pointing out the problem ‘arguably begins at the top’.

One MP claimed today Mr Bercow is ‘up against the ropes’ while Tory Andrew Bridgen is trying to refer him to standards watchdog Kathryn Stone. 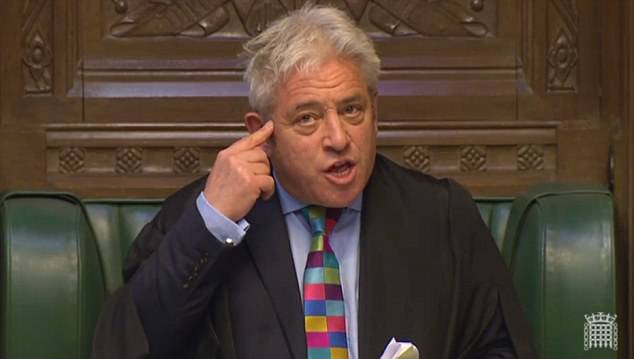 A Cabinet minister is prepared to give ‘first hand’ evidence against Commons Speaker John Bercow in any bullying probe, it was claimed today 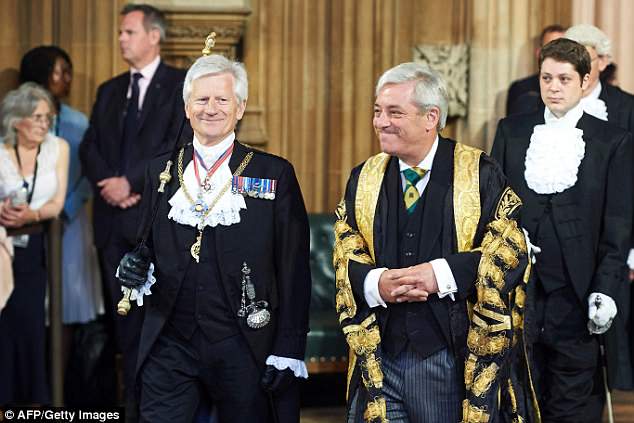 David Leakey, the former Black Rod, drew the comparison between Weinstein’s alleged sexual harassment and claims of Mr Bercow’s bullying as he stepped up a campaigned against the Speaker

Mr Bercow has denied the allegations against him and it is unclear exactly how he can be investigated.

The claims may be outside Ms Stone’s remit and an independent inquiry into bullying in Parliament will not investigate and rule on specific cases.

‘He ran a fantastic film studio but he stepped over the line and had to stand down. There needs to be checks and balances for people in public office.

‘There can’t be one rule for others but not for Mr Bercow.’

Despite the procedural difficulties, political pressure was mounting today as a Cabinet minister told the Sunday Express they had heard Mr Bercow ‘bellowing and being aggressive’ toward a female member of staff.

The official was left ‘flushed and upset’ by the encounter.

Separately today, Commons Leader Mrs Leadsom told The Sunday Times: ‘I am so grateful to the [House] staff who do so much for us … and so the allegations that have been raised with me have come as a shock.’

She said parliament now had to become a ‘good role model’ and set the ‘best example of how people should behave’.

She added: ‘Bullying and harassment has got no place whatsoever in the workplace, so I am glad people are speaking out and I am absolutely determined that parliament is going to become one of the best places to work and for people to be treated with respect and dignity.’ 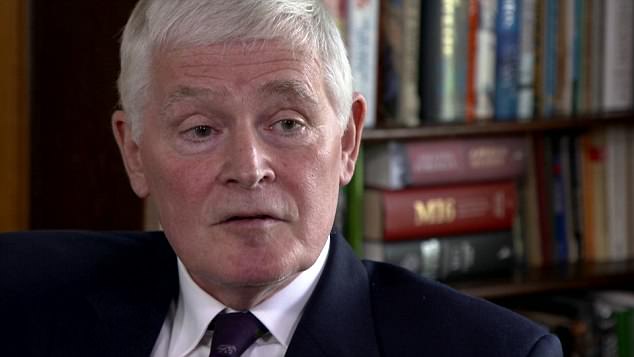 Angus Sinclair has come forward to claim he was repeatedly undermined by Mr Bercow, finding himself the victim of angry outbursts, foul-mouthed tirades and mimicry

Mrs Leadsom said that the culture of bullying and harassment ‘arguably begins at the top’ as she urged staff to come forward and give evidence to the independent inquiry being led by Dame Laura Cox QC, a former High Court judge.

It was set up last month in response to claims that clerks and other officials were being bullied by MPs, including Bercow. ‘Anything that is a cloud hanging over parliament is a great concern for me,’ she added.

One MP told the Sunday Telegraph: ‘He is up against the ropes. There are people working out how we get to the end game.’

The new developments come after one of Parliament’s most senior officials accused the Speaker of ‘legendary, objectionable’ behaviour that made him ‘unworthy’ of public office.

David Leakey, who retired in 2017 after seven years as Black Rod, said in an interview that people were ‘terrified’ of the Speaker. 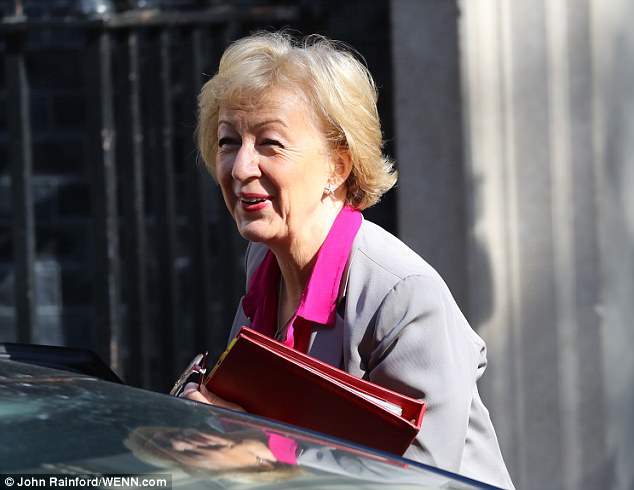 Commons Leader Andrea Leadsom joined the move against Mr Bercow today, claiming all allegations about bullying Commons staff were ‘shocking’ and pointing out the problem ‘arguably begins at the top’.

His comments increase the pressure on Mr Bercow, who is already facing bullying allegations from two former members of his office staff, which he strenuously denies.

In his interview with the website PoliticsHome, Mr Leakey said: ‘His explosive and intemperate behaviour is legendary, objectionable and unworthy of someone in such public office. There were lots of people who were, frankly, terrified of the Speaker.’

‘For Parliament not to investigate rigorously sets a poor example,’ he said. ‘This can no longer be simply swept under the carpet.

‘He has spoken out strongly against the culture of bullying in Parliament, and this just seems to reek of hypocrisy.’