Cafe customer ‘assaults worker who made his toast the wrong colour’ 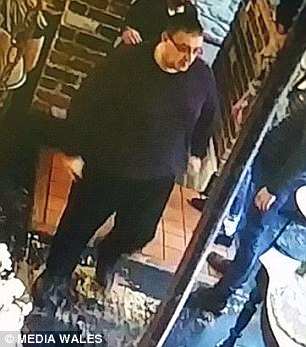 A café worker has been assaulted in an alleged row about the colour of toast.

The incident happened in Cardiff city centre on April 2, and South Wales Police have issued a CCTV image of a man they think can help with inquiries.

Officers, who have not named the café, want the man in the photo – or anyone with any information – to contact police.

It comes three years after police raced out to an emergency call to end up settling a row between two brothers over who got the last slice of toast.

Officers were called to the house in Hull, East Yorkshire, in October 2016 after one of the adult siblings rang 999 and told call handlers he ‘feared for his safety’.

But when police arrived, they discovered the two men, aged 27 and 29, were actually arguing over a piece of bread. No one was injured or arrested.