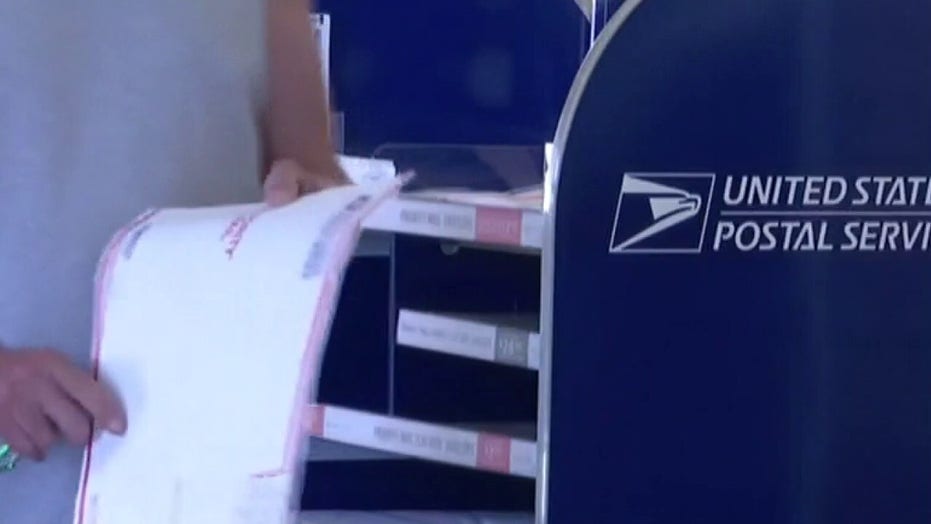 Fox News White House correspondent Jon Decker discusses the reactions states are having to mail-in voting ahead of the presidential election.

Postal investigators are looking into recent incidents in California in which bags of mail were found dumped – in a parking lot and in a nearby alley – for no discernible reason.

The disturbing incidents in Glendale, about 10 miles north of downtown Los Angeles, occurred amid a national debate about the integrity of the nation’s postal system — just weeks ahead of a U.S. presidential election in which mail-in ballots are expected to play a significant role because of the coronavirus pandemic.

The dumping in the parking lot of 7Q Spa Laser and Aesthetics was reported by the owner of the business, who had been alerted by one of her employees. That employee checked the shop’s security-camera footage, which showed a rental truck pulling into the parking lot and the mail being dumped, FOX 11 reported.

The employee “called me and also sent the video with a bunch of USPS packages in the parking lot,” spa owner Lilian Serobian said. “I saw the big Budget [rental] truck [in the video] back up to the parking lot and, one by one, start dropping off the packages.

“Then I found out that this wasn’t the first incident in the area,” she added.

Glendale police later told Serobian a similar pile of mail had been found in an alley a few blocks away from her business, she said.

“It was so suspicious,” the spa owner continued. “It's not something that would be an accident, dropping one or two boxes. It was a pile of huge, different-sized, unopened boxes. Maybe there's something behind it which I don't know what, but hopefully they will find out, and prevent this from happening.”

A U.S. Postal Service spokeswoman told FOX 11 that the agency does not comment on ongoing investigations.

Other mail-related incidents have sparked concerns around the country in recent weeks.

Earlier this month, nearly 3,000 voters in Georgia filed complaints with election officials, claiming their absentee ballots for the state’s Aug. 11 primary election were not delivered in time for them to vote, Atlanta’s FOX 5 reported.