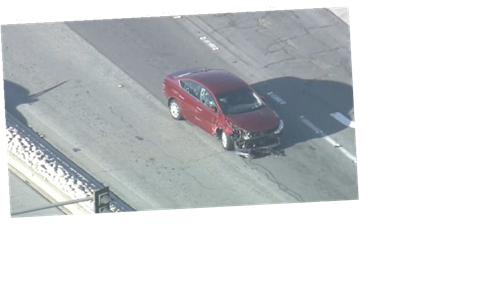 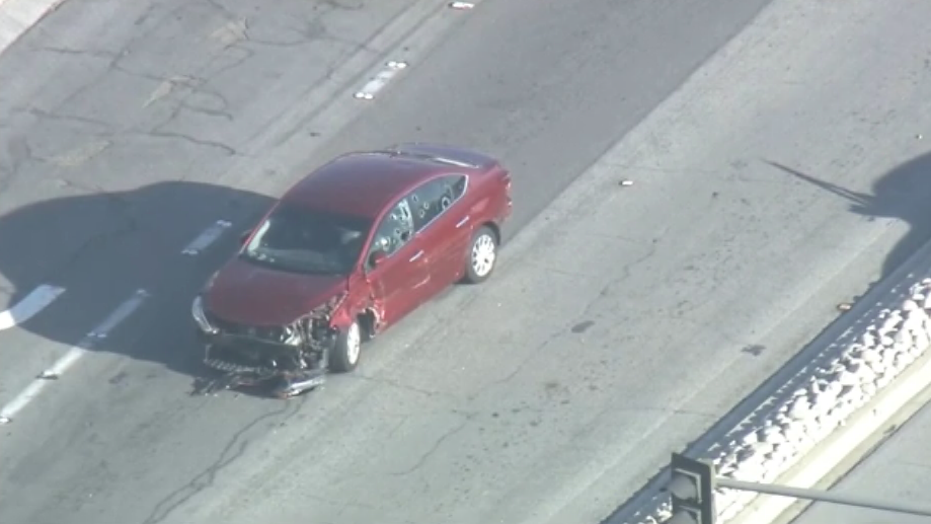 California deputies stopped a fleeing suspect Tuesday after a high-speed chase that began after the driver allegedly smashed a police car in a hit-and-run collision in another county – leaving the 60 Freeway shut down in both directions going into rush hour.

Police were searching for a murder suspect along a stretch of 101 Freeway at the same time, according to NBC 4, leaving that road shut down as well. 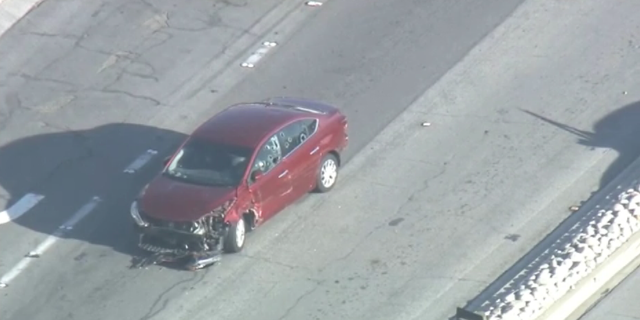 Deputies from the Los Angeles County Sheriff’s Department had chased a red sedan through Walnut, Ontario and Chino before returning to Diamond Bar, where the driver ran into traffic, according to Fox LA.
(Fox 11 Los Angeles)

Deputies from the Los Angeles County Sheriff’s Department had chased the car through Walnut, Ontario and Chino before returning to Diamond Bar, where the driver ran into traffic, according to Fox LA.

It’s unclear who was inside the car, but officers were sheltering behind their vehicles with guns drawn, as other law enforcement cleared civilians out of the area.

Authorities shot multiple pepper balls into the vehicle, but no one got out.

After allegedly striking a deputy in Walnut, Calif., the driver allegedly fled through multiple counties before authorities finally caught up, according to local reports. Two people were hospitalized in that crash. 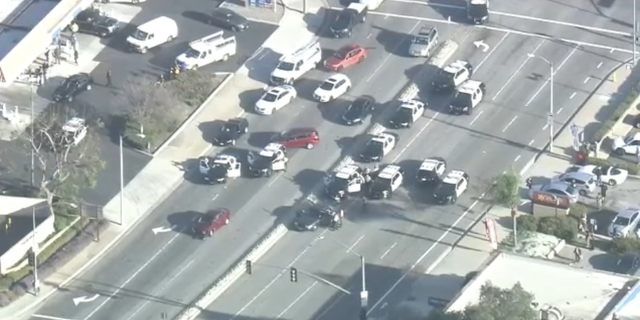 Helicopter video showed the red car hitting multiple other vehicles throughout the chase before eventually running into traffic and rear-ending a silver SUV or station wagon.

Chopper video did not clearly show anyone inside, but a news camera on the ground appeared to show movement in the front of the car. Police had still not approached the car more than a half-hour after it came to a stop.