The violent fires have taken at least three lives including a civilian and have threatened over 10 thousand homes. The death of the local resident in the San Francisco Bay area was reported on Thursday. A pilot who was dropping water in central California to control the fires died on Wednesday when his helicopter crashed.

The third death was registered when a Pacific Gas and Electric utility worker who was helping with advance clearing was found dead.

The dangerously large fires have placed immense strain on the local firefighting crews.

More than 10,000 firefighters are working on the front lines of the wildfires.

But officials from each major fire complex have said they are struggling for resources. 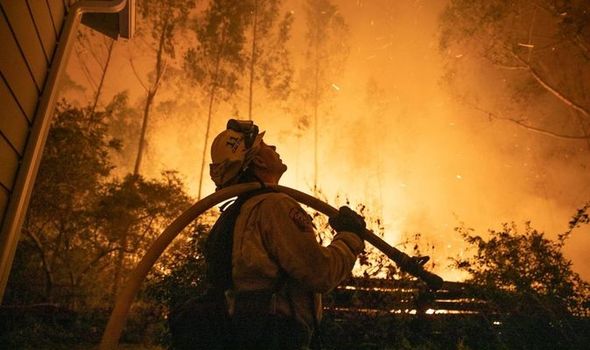 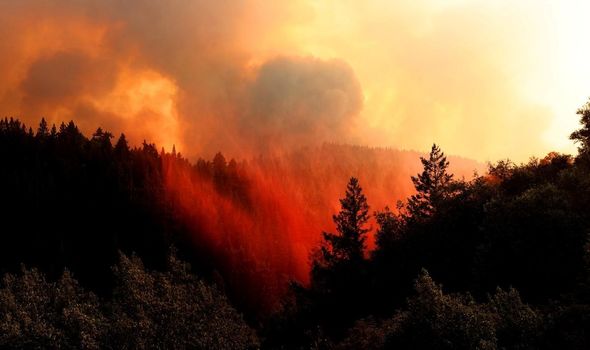 The lack of inmate firefighting crews, due to their release from prisons during the coronavirus pandemic, have also caused immense pressure on the local services.

Incident Commander Mike Smith at a fire near Santa Cruz said: “Our agency is taxed to the limit.”

Officials have been waiting for help from other states.

But seeking aid from further afield means it will take longer for crews to arrive, said Mr Smith. 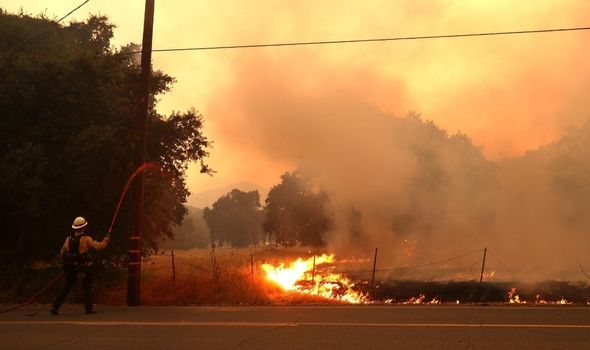 The US Forest Service has not been able to help due to being busy tackling fires on federal lands.

He said: “If you are in denial about climate change, come to California.”

More than two dozen major fires have been attacking California after being sparked by an unprecedented lighting siege. 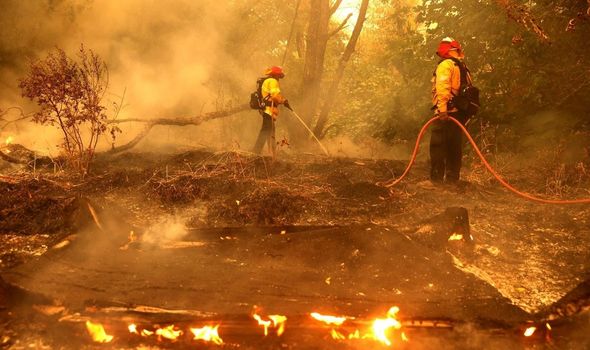 The wildfires have so far destroyed 175 structures including homes.

In total, 33 civilians and firefighters have been injured.

Smoke and ash has filled the air throughout the central coast and San Francisco.

California has called for 375 engines from other states. 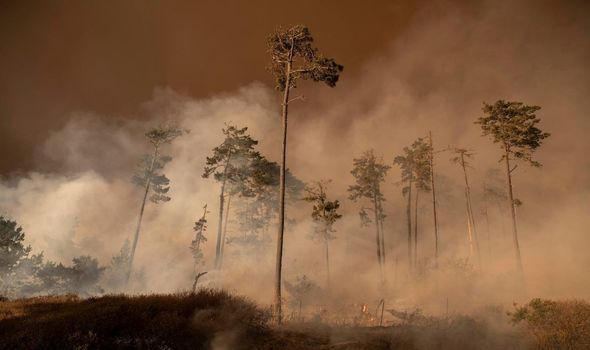 Daniel Berlant, an assistant deputy director with the state Department of Forestry and Fire Protection, said: “That’s going to allow our firefighters that have been on the front line since this weekend to have an opportunity to take some rest.”

Some firefighters on the front line have been working 72-hour shifts instead of their normal 24 hours.

The wildfires come as California is already attempting to cope with the impacts of the coronavirus pandemic.

Kena Hudson in California said: “We’re in a pandemic and a heat wave, and we don’t have air conditioning. We can’t open up the window, we’re trapped, we’re hot and no one can come over to play.”

Her 7-year-old son Clarence has asthma that has sometimes caused him to go into hospital.