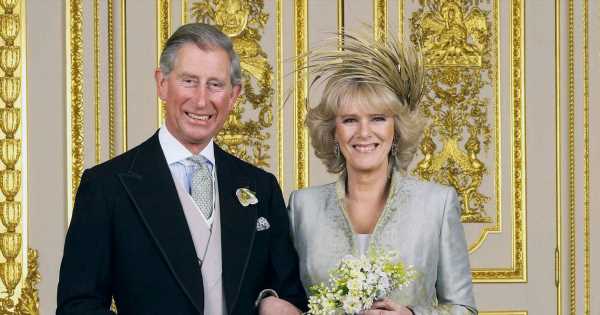 The royal couple have been together for almost 17 years and one expert has claimed that Camilla, while "not a submissive person by character" was submissive in her early days with the Prince of Wales.

Body language expert Darren Stanton analysed the behaviour between Charles and Camilla over the years and found that Camilla had been submissive in the early years, drawing comparisons with Prince William and Kate Middleton's relationship.

The expert said the two were similar in how they display a lack of public affection.

Stanton said: "In the early days of the relationship between Charles and Camilla we never saw displays of public affection, like we do with William and Kate Middleton.

"Of course it's a very different era to now, yet Camilla's body language back then allowed her to sink into the background. She used to step back a lot and would offer up more submissive gestures, even though she is not a submissive person by character.

"For example, she would tilt her head towards Charles, recognising that he has more power and status than she does, but time has shown that Camilla is actually a very strong and dominant part of the pair's relationship."

The expert, speaking on behalf of Slingo, said: "In the past, Camilla's lack of confidence in her role within the Royal Family was visible by the emotion shown across her face."

Stanton also claims that Camilla was "concerned about how she was going to be perceived by the public, especially after the country had lost and loved Princess Diana".

A "natural uneasiness" was said to be between Camilla, William and Harry in the "body language and interaction," though Stanton points out this was "to be expected".

He added: "Their interactions in public nowadays show the Royals matching and mirroring each other while supporting engaged and genuine smiles – this suggests Camilla is very much now an accepted and integrated member of the senior Royal Family."