Home » World News » 'They can charge me in court': Mahathir hits back at fake news claim 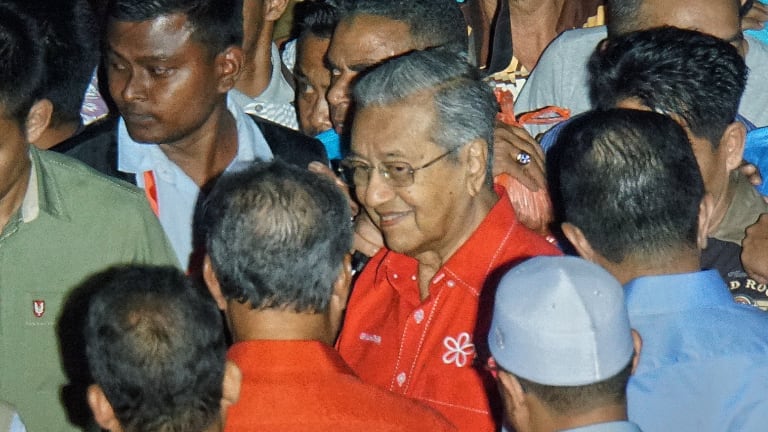 Malaysian police confirmed on Thursday they were investigating Mahathir, the country's former prime minister, over his claim last week that a charter plane he had hired had been sabotaged to prevent him flying to Langkawi to nominate for the election.

Mahathir has teamed up with his former political foes and now leads the Pakatan Haripan opposition coalition, which is trying to blast out of office the government of Prime Minister Najib Razak.

The prospect of a police investigation, even in the middle of an election campaign that will conclude on May 9 when voters go to the polls, did not appear to rattle Mahathir on Thursday.

"They can take me and charge me in court. I have no fake news, only truth," he declared.

The Civil Aviation Authority said its investigation found no evidence of sabotage and the private plane company said it was a technical issue related to the front wheel.

Prime Minister Najib Razak slammed Mahathir for making irresponsible allegations and urged him to stop his "politics of lying."

Malaysia's "fake news" laws were rushed through parliament last month and carry stiff penalties of jail for up to six years, and fines of up to $170,000.

Earlier in the week, a Danish citizen was convicted under the new law for claims he had made in a YouTube video about a Hamas militant recently killed in Malaysia.

As well as the fake news law, which critics argue is designed to stifle public criticism of the government, the electoral commission has redrawn the country's electoral boundaries in a way that favours Najib's ruling Barisan Nasional coalition.

Barisan Nasional has ruled the country since independence in 1957. It lost the popular vote in the 2013 election, though it retained a majority in parliament because of the gerrymander.