Home » World News » Can someone help out Lady Potter? 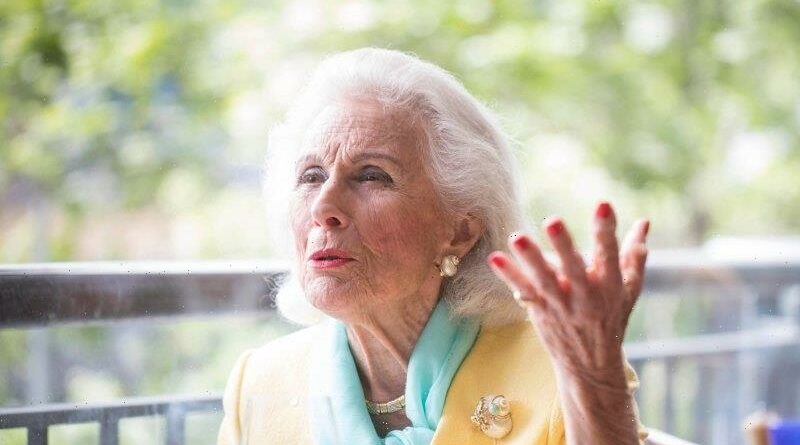 Can anyone in Melbourne lend a hand to Lady Primrose Potter?

The arts philanthropist and high-society dame, aged 91, has had to resort to personally vacuuming in her spacious, two-level CBD apartment because she can’t find a cleaner.

At the Melbourne Opera’s premiere of Richard Wagner’s Ring Cycle opera, Die Walkure, on Wednesday night at Her Majesty’s Theatre, the opera company’s patron-in-chief said the hunt continued for a cleaner she felt she could trust. 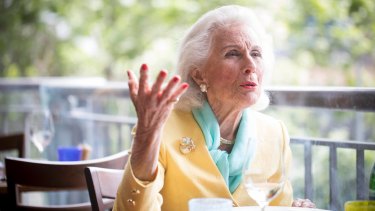 Given Lady Potter is one of the country’s leading arts philanthropists, you’d imagine the apartment contains some very high-net-worth knick-knacks.

Lady Potter said vacuuming was an easy enough habit to slip back into but at her age and position, it was perhaps a task someone else could handle.

Also present in the VIP room during interval was film and sometime opera director Bruce Beresford and ABC Radio host Alice Zaslavsky, who wrote the cookbook In Praise of Veg.

The MO’s newest and youngest board member, Anastasia Kogan, wife of online retail impresario Ruslan Kogan, reached for her phone to share photos of her super-cute five-month-old daughter, Nike.

“Named after the Greek goddess of victory, not the shoes,” Kogan said with a sigh that suggested it’s not the first time that explanation has been required.

Our news on Wednesday that firebrand defamation barrister Sue Chrysanthou was in the employ of News Corp co–chairman Lachlan Murdoch, after helping to win Geoffrey Rush’s record $2.9 million defamation win against Murdoch’s Daily Telegraph, got us thinking about the other players in the defamation case: where are they now? 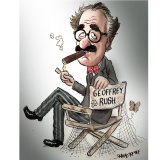 Rush is back, after what we can only politely refer to as a career hiatus since he won the 2018 case (bar one part in the small Australian film, Storm Boy).

And while Murdoch hiring Chrysanthou raised eyebrows, that’s exactly what Rush will soon be doing. Cold Iron Pictures have hired the Oscar winner to star in Raised Eyebrows, a biopic about famed comedian Groucho Marx that will also feature Sienna Miller.

Actor Yael Stone was willing to tell her story about Rush in the witness stand, but the Federal Court would not allow it. So she told her story anyway on 7.30 and in The New York Times. Rush denied the allegations but did not sue.

Stone’s new action flick Blacklight, shot in Melbourne alongside Liam Neeson, is just out but alas has been garnering one-star reviews.

Meanwhile, Eryn Jean Norvill, the woman at the centre of The Daily Telegraph story and the defamation case, has been feted by the arts community. The Sydney Theatre Company, which had employed her and Rush in the production of King Lear at the centre of the case, handed Norvill the plum role in The Picture of Dorian Gray to ecstatic five-star reviews.

Mangos, formerly at the Bank of Queensland ( and spouse of former newsreader John Mangos) has a “[passion for] driving positive change for organisations and industry”, according to an AusPost press release.

Presumably that passion has come in handy this month after the sudden departure of long-serving corporate affairs general manager Michelle Skehan who quit Australia Post suddenly in January after nine years. Skehan has been an unfailing presence as Post navigated the tumult of leadership change, a government inquiry and public opprobrium aimed at former chief executive Christine Holgate over those four Cartier watches she gifted to top-performing staff. 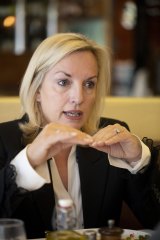 Neither party was prepared to comment on whether lawyers were called in.

On Thursday, a Post spokesperson confirmed Skehan’s departure – and the hole that remains. “Michelle Skehan left us last month after nine years of tremendous service at Australia Post and we wish her well in her future endeavours. A replacement is yet to be announced.”

Skehan made the news LinkedIn official, apparently uploading the post from a beach in Hawaii. Whether she pitches up at Toll Global Express with her old boss Holgate is anybody’s guess.

Speaking of former Australia Post executives, there’s a new chapter for former Victorian Labor frontbencher turned Post exec Philip Dalidakis. The well-dressed former MP swapped state politics for Post and then quit after seven months. Now he has joined forces with former Minerals Council of Australia climate and energy policy director Patrick Gibbons and public relations boss Vanessa Liell to launch Orizontas, a dedicated advisory outfit specialising in climate, market and political risk. Liell is best known for her tenure inside digital recruitment platform Commtract. Gibbons is a former senior energy adviser to the Bracks and Baillieu governments and served as a senior adviser to then environment minister Greg Hunt before the Minerals Council. The advisory board includes some familiar suspects including former Victorian premier Ted Baillieu, former Post executive Annette Carey who quit Team Holgate in June to take a new role heading Linfox Armaguard, and Australian Energy Market Operator director Kee Wong, who has also served as an adviser to the Victorian Government. Quite the reunion.

Given he blasted a new republican model as “dangerous” and a “threat” to the local brand of parliamentary democracy, one would have expected a burst of daytime fireworks on Sydney Harbour when former prime minister Paul Keating broke bread with chief republican cheerleader Peter FitzSimons. 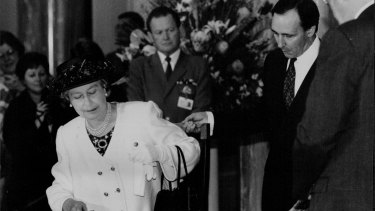 Then prime minister Paul Keating with the Queen at Parliament House, Canberra, in February 1992. Credit:Andrew Taylor

Keating even raised the risk of an Aussie Donald Trump if the model passed into law.

But the encounter at Keating’s Potts Point pied-a-terre was entirely amicable, apparently.

“To do Mr Keating his due, he has been the primary moving force for the republic in the modern era and on that we had no disagreement,” Fitz — the chair of the Australian Republican Movement who is also a columnist at this masthead — told CBD.

“We differ only on the model for the next go. He remains a staunch advocate of revisiting the model put forth in 1999.”

The ARM is proposing a new republican model based on an Irish template in which state and territory governments put forward candidates for a national vote. He says there’s been flak but the latest model has prompted an unprecedented surge in donations.

But Keating — who told Queen Elizabeth at Balmoral in 1993 that Her Majesty’s services were no longer required in Oz — remains a sceptic. He declined to put his thoughts on record, but did not demur from FitzSimons’ narrative. That’s detente, we guess.