Home » World News » Can you spot the hidden camera in this cash machine?

Can you spot the hidden camera in this cash machine? Policeman snaps picture of hard-to-spot fraud device attached to ATM in London

Bank customers are being warned to be extra careful when using cashpoints after an off-duty police officer discovered a near-invisible hidden camera in one machine.

The cashpoint in Westminster looks almost identical to any other of the hundreds in use around the country.

But a special constable from the Met Police managed to spot the tiny device which was positioned to film customers putting in their pin numbers. 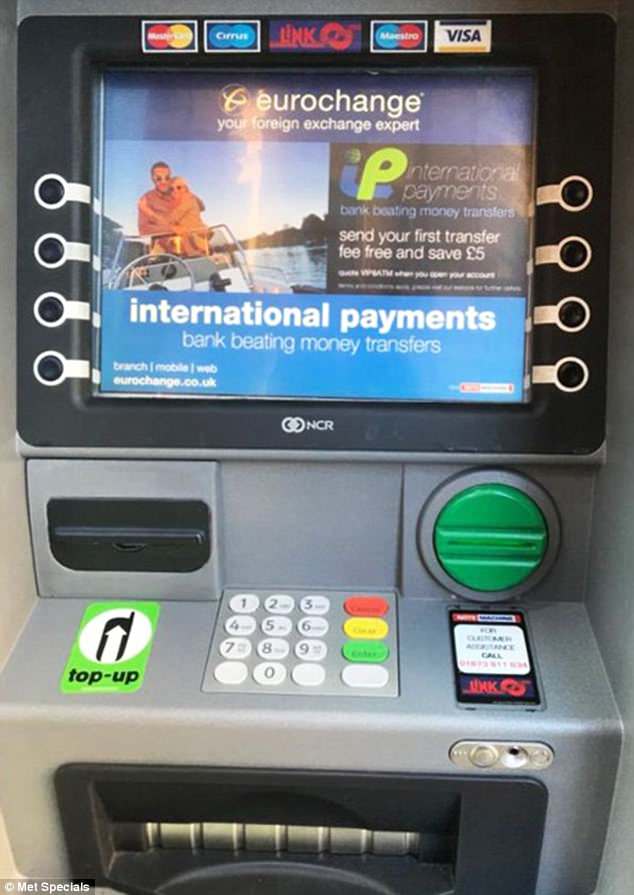 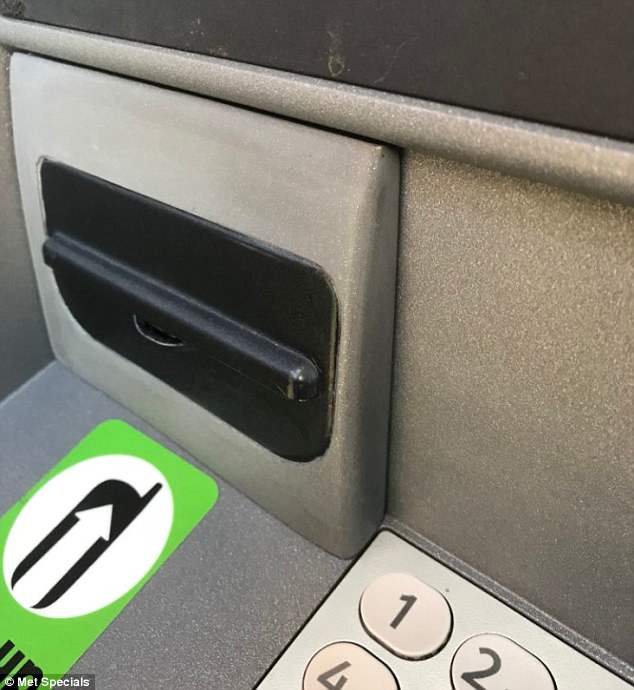 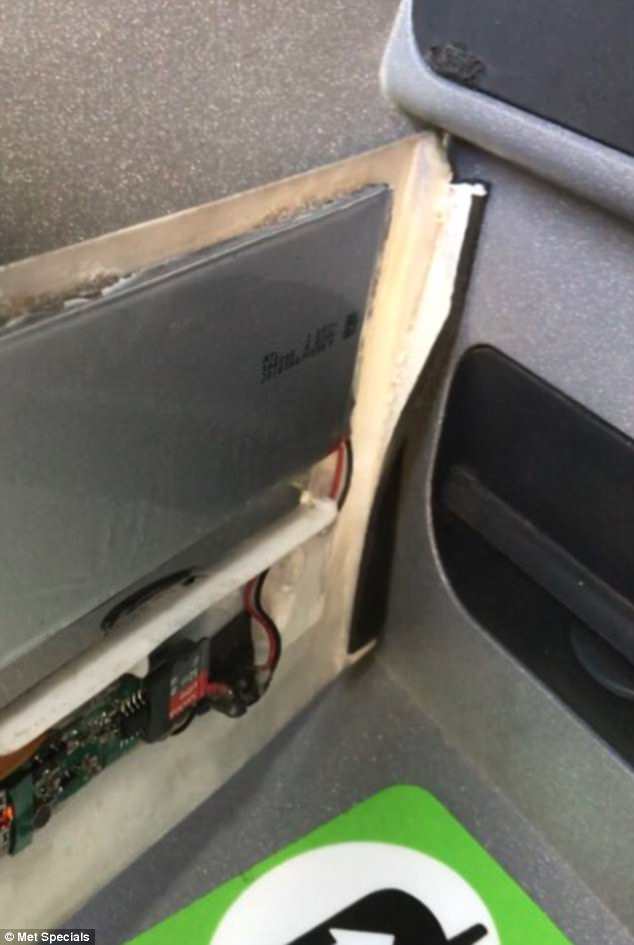 The tiny camera was hidden in a false front to the slot from which receipts are printed on the left-hand side of the bank machine.

Scotland Yard tweeted: ‘Off duty @MPSNewham Special Constable has sniffed out a covert camera recording the pin pad of this ATM in @MPSWestminster. This is why it is so important to #CoverYourPin when taking out cash.’

‘If you spot anything unusual about a cash machine, or if there are signs of tampering, don’t use it. If in doubt, try and use a machine inside a branch.’ 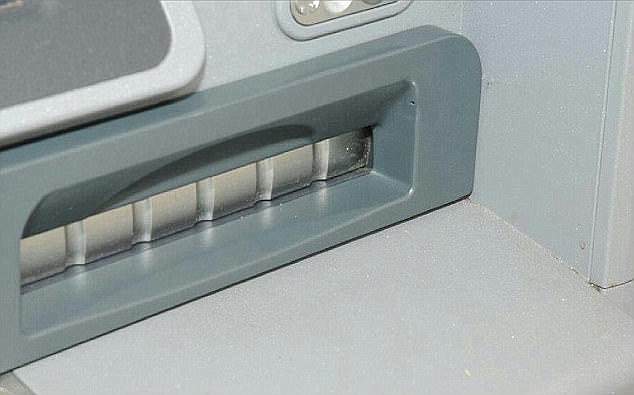 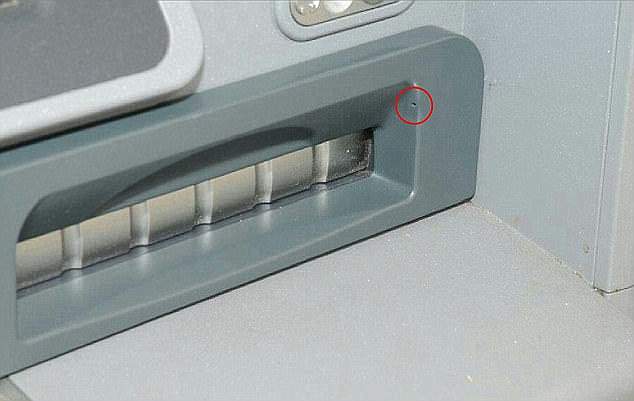 This is the cover which was placed over the cash slot, with the recording device hidden inside