Capital FM radio host, 27, is left heartbroken after her ‘soulmate’ businessman boyfriend, 34, dies hours after being found injured in their flat as friends reveal ‘battle with depression’

A heartbroken radio star has paid tribute to her ‘soulmate’ after he passed away hours after being found injured in their flat.

Capital Scotland’s breakfast show host Amy Irons, 27, described Wayne Ewer as passionate and incredible after speaking out about her grief over his death.

The 34-year-old businessman was taken to hospital in Glasgow last week where he died four days later.

Friends have revealed his battle with depression in heartfelt messages as they paid tribute to a man they described as ‘kind’, ‘funny’ and an ‘absolute legend’. 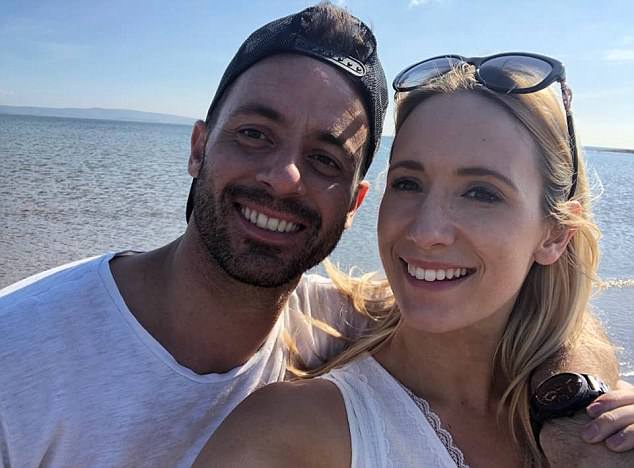 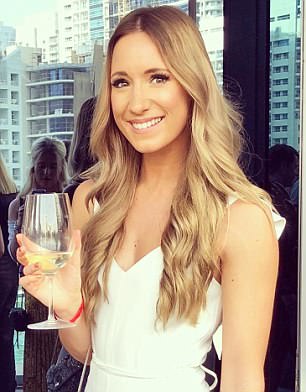 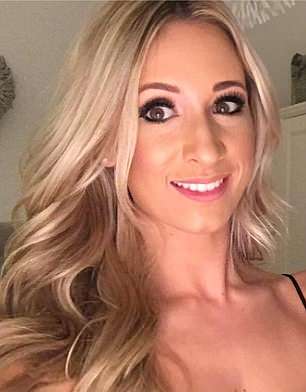 Posting to Facebook, popular radio presenter Amy wrote she couldn’t imagine ‘this insufferable pain ever going away’ but vowed to fight each day in his memory.

In an open letter to him, she posted: ‘My bubba, My Waynie:

‘What I’d give to have you here with me right now, to see that smile, to stare into those beautiful eyes, to hear that fog horn laugh!! 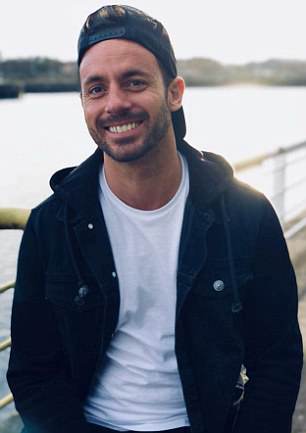 ‘What I’d give to be going home to our flat, to just talk about our day, dance around the place, hear your silly voices, have you get up everyday with me at 5am and cuddle up in bed every single night.

‘I was going to say you’ve no idea how much I love you, but you do. You’ve known since our first date, when we said I love you within a few hours and everybody thought we were crazy.

Accompanying the online post, is a touching video montage of the pair’s precious time together.

It begins with Amy saying: ‘If you watch this then you know that I’m missing you too’ before the cords to Tom Walker’s Just You and I song strikes up in the background. 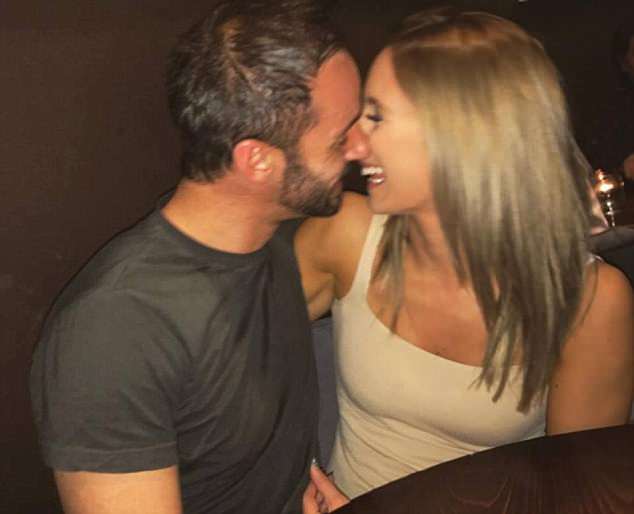 In an emotional tribute, the 27-year-old radio star said she couldn’t imagine ‘this insufferable pain ever going away’ but vowed to fight each day in his memory 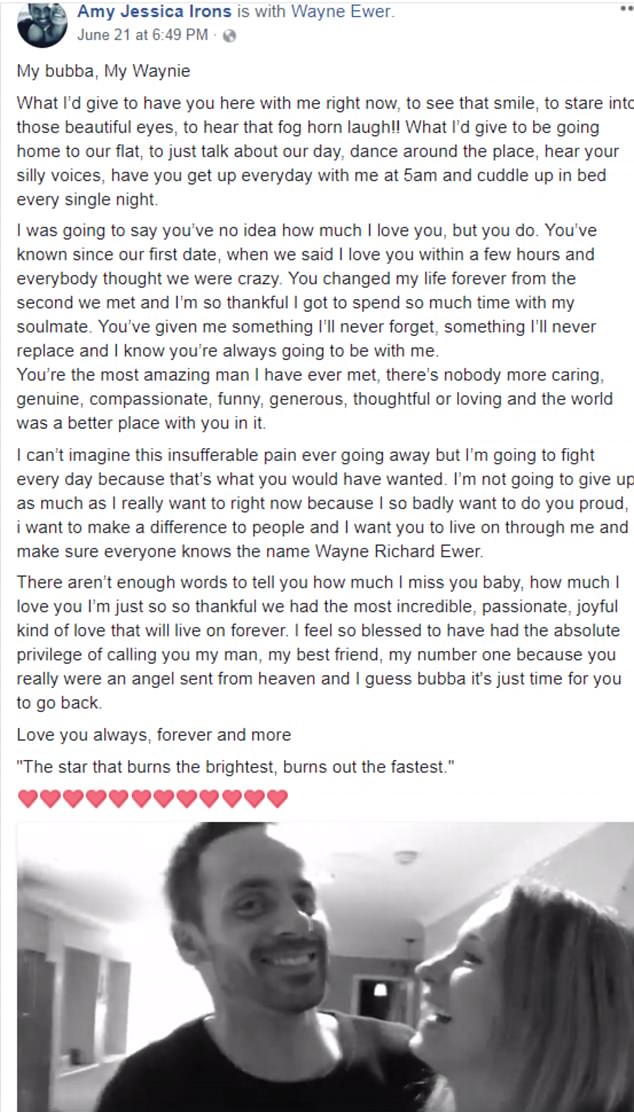 ‘You’ve changed my life from the second we met’: Amy Irons recounted her love for Mr Ewer in a heartfelt post to Facebook

Never forget: Amy, daughter of former football star Davie Irons, said she would always love Wayne after breaking her silence a week after his death

The three-and-a-half-minute films features snippets of the happy couple singing in the car, cycling together and messing around in the kitchen.

During one poignant moment, the couple enjoy a slow dance on the dance floor at an event.

The short montage ends with the duo laughing on camera as Amy askes ‘How has your day been?’ after a trip to a wildlife park to which Wayne replies ‘Fantastic’.

She asks him ‘What’s been your highlight?’ and showing their shared sense of humour, he replies ‘Bird watching’ with Amy quipping, ‘And he doesn’t mean the one with wings.’

Wayne died four days after being found injured in the couple’s flat in Yorkhill on June 17. He reportedly took his own life.

A spokesman for Police Scotland said a 34-year-old man was rushed to the city’s Queen Elizabeth University Hospital from the flat at 10.50pm on June 17 but later died. A spokesman said circumstances were not suspicious. 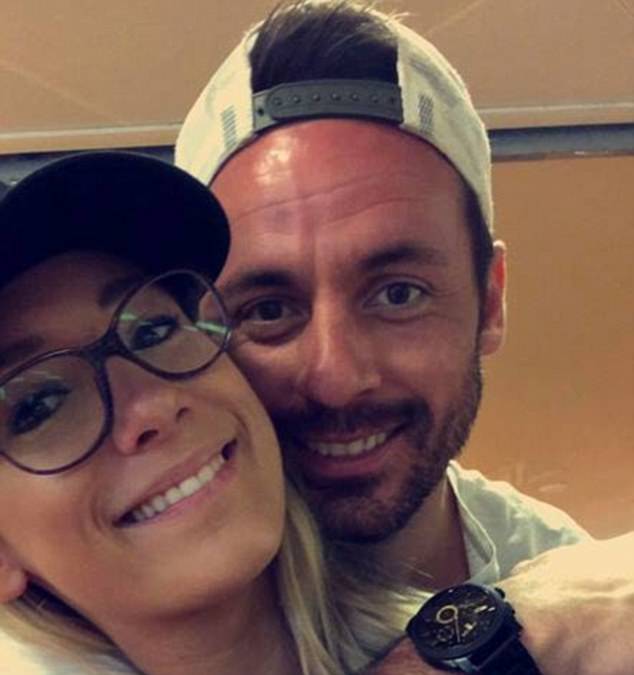 Beloved: Amy Irons posted a picture of herself in a cap as she candidly described how Wayne (right) would never been seen without a cap

Meanwhile close friends have paid tribute online describing Wayne as an ‘inspirational man’ with a great sense of humour.

Stephen Wilson posted: ‘I’ve just found out my old friend and absolute legend has taken his own life last night.

‘Wayne Ewer, you were the life and soul of the party and a true character.

‘I’m lost for words and only can imagine the family’s pain and upset. Something will be missing on this earth without your presence. I hope you’re now at peace.

‘You’ll be deeply missed my brother.’ 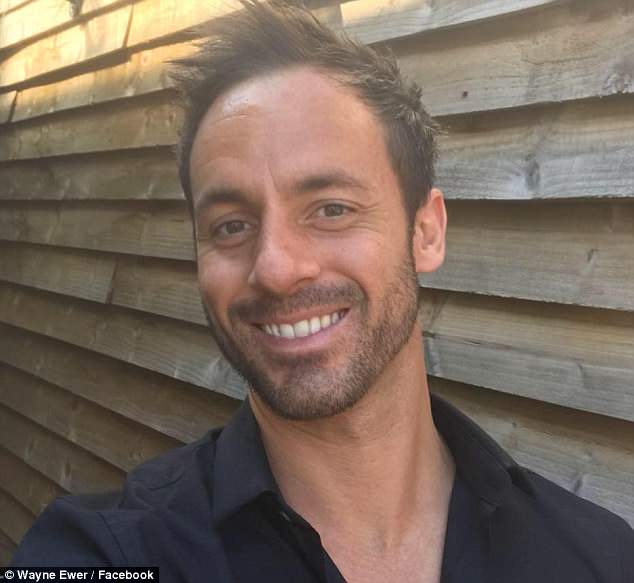 ‘Inspirational’: Friends have paid tribute to Wayne Ewer, 34, a man they have described as passionate and kind

Kelly Be wrote: ‘Wayne you inspired me, taught me so much, made me laugh so hard and made the most random trip to Bulgaria one for the funniest things I have ever done.

‘As with all suicides we wonder and wish what we could have done. “If only…” reverberates around my head nonstop.

‘It is this pain that gives me my daily purpose to continue breaking the stigma around mental health. We have a mind to take care of as much as our body.’

Ms Be then urged people suffering from mental health problems to seek help.

Andy Nicoll wrote: ‘It’s not always clear when someone is down, depressed or even in despair. Especially on social media as people try to protect a happy outlook.

He described Warne as a man he ‘looked up to and worked with’. He said hearing Wayne had lost his fight made him ‘so sad’.

He said: ‘It’s a disease of our generation.’