A STAMPEDE erupted at the Pride Parade in Washington D.C. today amid fears of a shooting, leaving 11 injured in the crush.

Cops arrested a man for possessing a handgun after panicked revellers saw someone with a gun and thought they had heard shots. 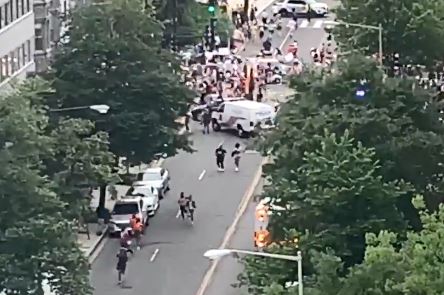 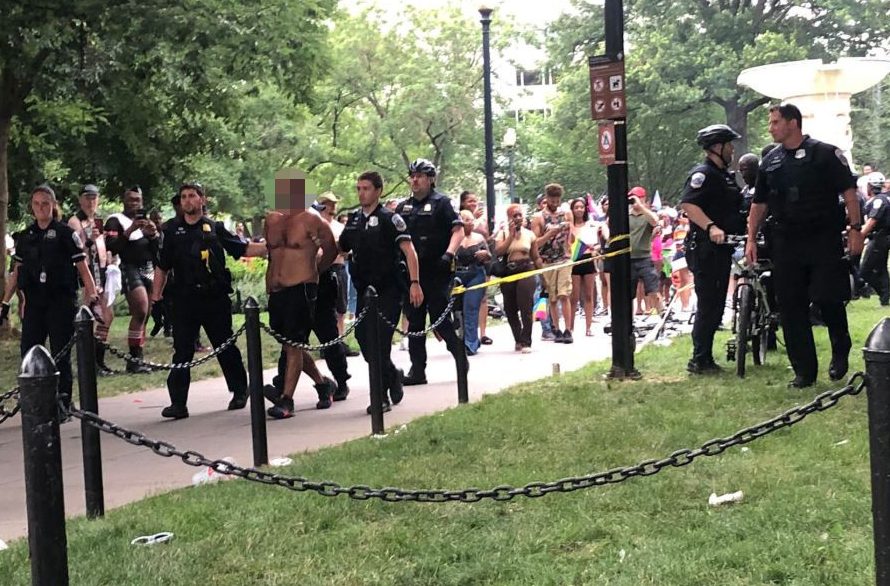 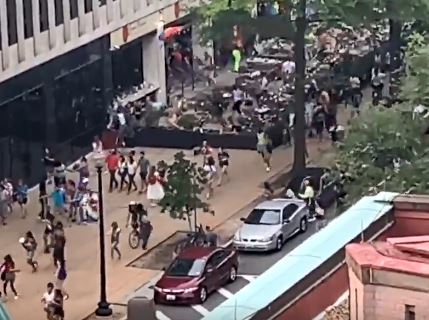 Hundreds of screaming revellers fled in terror and trampled down barricades after being spooked by what they believed were gunshots.

Cops have confirmed that a shooting did not take place at the Capital Pride Parade.

But a man was taken into custody near Dupont Circle at around 7.20pm on Saturday after a gun was found in a backpack, according to reports.

"As the officers were going to the scene, there was a crowd of people going away from it and some of the individuals in the crowd said there was a man with a gun and that someone had fired a shot," said Guillermo Rivera, a commander with the Metropolitan Police Department.

Pride-goers were seen sprinting through the streets and trying to get into apartment buildings, hotels and businesses to escape.

Some were seen being carried away on stretchers after being injured in the crush.

Deputy Mayor Kevin Donahue tweeted: “There is NO Active Shooter at Dupont Circle.

“There are injuries from people running from what they thought were gunshots.

“But there is NO ACTIVE SHOOTER at Dupont Circle.”

At least 11 people were injured in the chaos as the crowd fled, according to journalist Marissa A. Martinez, who was at the scene.

Police said that there were seven transported to local hospitals, and a number of other minor injuries treated at the scene.

ABC7 reporter Tom Roussey, who was at the parade, said he heard about “three or four very loud pops that sounded like shots”.

“Police just confirmed to me no one has been shot.

“They also said they don’t believe shots were fired, although I can tell you I personally heard about three or four very loud pops that sounded like shots.

“Unclear what exactly they were at this point.”

Elizabeth Hernandez, 19, was among the hundreds celebrating pride when she also heard the "pop, pop" sound.

Suddenly barricades were being tossed over and a crowd of people starting running frantically from the area.

"Everything fell and everyone said 'run’” said Ms Hernandez.

She ran down the road and was pushed into a restaurant, where she went into a bathroom with a group of fellow revellers.

They added that police were “on site and the threat has been contained” in a tweet.

The Capital Pride Alliance, which organised the event, said on its website that it expected more than 200 organizations to take part in the 1.5-mile parade.

Ashley Smith, the president of Capital Pride Alliance, which puts on the event, said he saw people running toward him from Dupont Circle.

"We're very focused on wanting to make sure we continue to have a great event for the rest of the weekend."