Home » World News » Capitalism had Israel’s kibbutzes on the ropes – then they discovered pot. 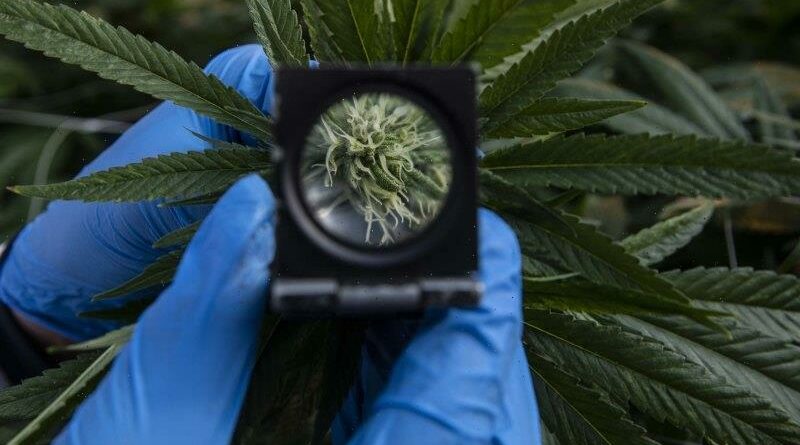 Nir Oz: Israel’s iconic communal farms known as kibbutzim have faced a constant threat of extinction since the country pivoted to capitalism four decades ago. But a lucrative new cash crop is now promising to help keep the kibbutz movement alive: cannabis.

“It feels like we could be pioneers,” said Gil Rabinovitch, 33, who heads cultivation at the Intercure marijuana farm in Nir Oz, in the Negev desert nearly five kilometres from the Gaza Strip. 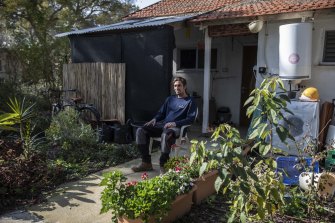 Gil Rabinovitch outside his home on the kibbutz.Credit:Photo for The Washington Post by Heidi Levine

The kibbutz has dedicated about 17 hectares to cultivate marijuana. Inside the cavernous greenhouses, the plants are arranged in biodegradable bags on long tables, a variety of bespoke strains in shades of green and purple. Sensors monitor the plants, and about 100 employees in protective coverings trim, dry and cure the cannabis with a technique the company says enhances the plants’ medical properties.

Dozens of kibbutzim like Nir Oz have entered Israel’s burgeoning medical marijuana industry as it moves to the country’s mainstream, said Saul Kaye, a pharmacist and founder of the cannabis pharmacy group HiPharm.

After Israel approved marijuana exports in 2020 and lawmakers introduced a bill last fall to make cannabis more available domestically, the country is now anticipating hundreds of new cannabis-related jobs and a financial windfall forecast to reach $2.8 billion to $4.2 billion a year, according to a joint statement by Israel’s Economy and Health ministries. The Israeli Innovation Authority has said it will invest nearly $14 million to launch a cannabis incubator in the southern desert town of Yeruham, alongside an almost $56 million investment by the private Israeli cannabis manufacturing company Breath of Life. 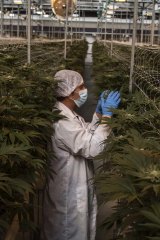 Gil Rabinovitch, who heads cultivation at the Intercure marijuana farm in Nir Oz, examines plants under LED lights. Credit:Photo for The Washington Post by Heidi Levine

“It took time for a critical mass of about 40,000 patients to be here in Israel, which started to have a ripple effect” as more members of Israel’s parliament came to know people with prescriptions for medical marijuana, Kaye said. “Now the government is saying we want this to be an industry.”

Today, more than 100,000 Israelis hold a permit allowing them to possess or use medical marijuana. They include Israeli soldiers with post-traumatic stress disorder, whose cannabis treatment is covered by the government, and children with epilepsy and autism, whose treatment is mostly subsidised by national HMOs. Recreational use is still illegal, but possession of small amounts was decriminalised three years ago.

In Israel’s early, uncertain decades, kibbutzim were the nation’s breadbasket, and their members had an outsize influence in the parliament, or Knesset. Adhering to a socialist ideology, residents earned equal pay, ate together in communal dining halls, sent their children to live together in separate houses from their parents, and needed to ask permission to use shared vehicles or travel abroad. But the kibbutzim were threatened as capitalism took hold and younger members fled for jobs elsewhere.

Recently, however, an increasing number are returning, and the kibbutzim are rebranding. Nir Oz, for instance, has abandoned its original communal model. Families now live together in their own private homes, and the farm also employs nonmembers.

Rabinovitch, who moved to Nir Oz after years as a cannabis trimmer in California’s Sonoma Valley, is part of a new generation of Israelis who see working in weed on a kibbutz as preferable to employment in the county’s main technology hub, centred in Israel’s expensive and traffic-clogged central region. On the kibbutz, said Rabinovich joyfully, there’s not much to do besides grab a drink at the sole local pub, visit with neighbours and drive along the rugged desert landscapes. 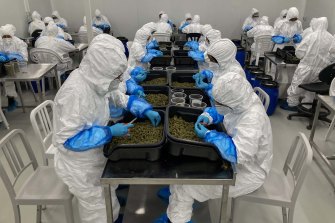 Bedouin women in full protective suits do the final trim and quality check of marijuana buds under sterile conditions at Intercure in Nir Oz.Credit:Photo for The Washington Post by Heidi Levine

“Living close to the farm makes it easy for you to have a balanced lifestyle,” said Rabinovitch, who often wears a smile on his well-tanned face and rides to work on an electric bike. “You have your weekends, and if you need to do small bits and pieces, you can go over and then get back to your life.”

Marijuana farming is the next frontier for Israel, which has for decades been at the vanguard of cannabis research.

In the 1960s, Raphael Mechoulam, a professor at Hebrew University known today in the industry as the “grandfather of cannabis research,” analysed a stash of Lebanese hashish and was the first to isolate and then synthesise marijuana’s psychoactive ingredients. His research has led to projects to stabilise THC and CBD at the state-run Volcani Institute, studies on which strains have greater pain relief properties at the Multidisciplinary Center on Cannabinoid Research at Hebrew University, and clinical trials on the efficacy and safety of cannabis oil for children with autism at Assaf Harofeh Medical Center in central Israel.

Researchers have only just begun to understand the potential for treating neurological and physical illnesses, but industry experts expect studies to advance more quickly now that they are being integrated into large-scale projects on kibbutzim, which conduct research in both on-site and off-site labs. 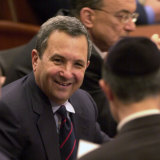 Kibbutzim hold rare permits for vast areas of land and can raise the capital to build the kinds of high-tech greenhouses needed to clone, grow and monitor marijuana at levels necessary to meet Israel’s medical standards, according to former Israeli prime minister and former kibbutznik Ehud Barak, who is chairman of the Intercure marijuana farm in Nir Oz.

Barak is among a growing cadre of former politicians, security chiefs and other high-profile public figures who have been joining the boards of Israeli cannabis companies as consultants and investors and have been trying to advance the industry by securing regulatory reforms.

He said this emerging industry is a good fit for kibbutzim seeking to find their place in modern Israel.

“After 80 years, there’s a strong country. It became a little absurd to have these lives of sacrifice when everything around has become normalised,” he said.

While kibbutzim were “once about survival,” he added, they are now poised to play a central role in a cannabis industry that has “turned from being a dream, a great story – into a business where you need to show a bottom line every quarter.”