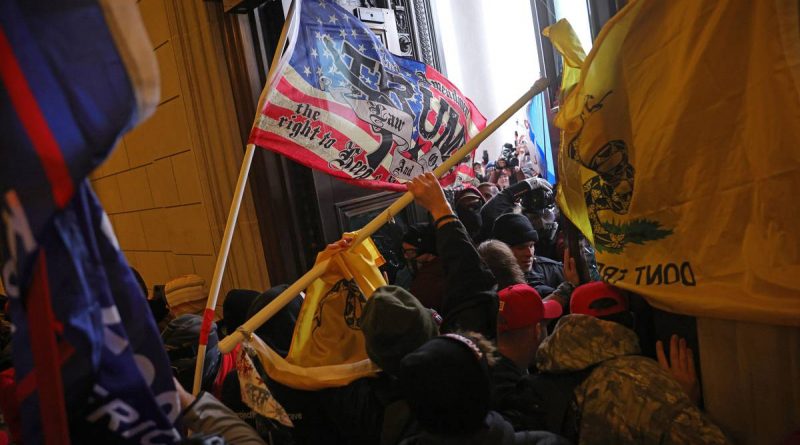 The riots in the United States were the “nail in the coffin” for one American expatriate living in the Bay, who now wants to revoke his US citizenship in favour of a Kiwi passport.

Supporters of outgoing US President Donald Trump, angry with the election outcome, stormed Capitol Hill today in a chaotic protest aimed at thwarting the peaceful transfer of power, forcing lawmakers to be rushed from the building and interrupting challenges to President-elect Joe Biden’s Electoral College victory.

The siege has left one woman dead after she was shot and multiple police officers have been injured.

The Pentagon said about 1100 District of Columbia National Guard members were mobilised to help support law enforcement at the Capitol.

Trump called his supporters “great patriots” after the mob violently stormed the building.

In a tweet since removed by Twitter, he said: “These are the things and events that happen when a sacred landslide election victory is so unceremoniously & viciously stripped away from great patriots who have been badly and unfairly treated for so long.”

The behaviour of Trump and his supporters has led Rotorua’s Mead Norton to cement his feet firmly in New Zealand soil and say goodbye to his American passport.

“I had been hesitant to transfer my permanent citizenship to New Zealand, because of the power of a US passport travelling internationally,” he said today.

“But after today it sealed the deal to start that process this year, to get my Kiwi citizenship and probably renounce my US citizenship.

“I don’t see it having a value any more.”

Norton’s comments came not long after the invasion of the Capitol Building took place as results from the Georgia Senate run-offs confirmed two Democrats had been elected, giving Democrats effective control of the Senate and allowing Biden to pursue a more ambitious political agenda.

The ordinarily mundane procedure of Congress certifying a new President was always going to be extraordinary, with Republican supporters of Trump vowing to challenge the results of an election they have baselessly insisted was reversed by fraud. But the “Trump March” protest soon overshadowed everything.

In raucous, out-of-control scenes, protesters fought past police and breached the Capitol Building, shouting and waving Trump, American and confederate flags as they marched through the halls.

The scenes have stunned many, including Norton.

“I didn’t actually think that it was gonna be this crazy. I didn’t think it would go this far.

“We’re witnessing the fall of the American empire.”

National Bay of Plenty MP Todd Muller, a self-proclaimed political junkie, said he would not have believed a “country of their history” would allow itself to be in the position it was now in.

His comments were in reference to the beginning of democracy in America, which had been prized highly as “the shining city on the hill”, Muller believed.

“It is very heartbreaking, and it also shows me how fragile democracy is. It’s very easy thinking democracy is such a compelling idea that once you’ve experienced this, then it’s a natural state and it’ll always continue.

“But what you see in America is that’s not the case. It’s more of a fragile flower than you would expect … [you’ve] constantly got to ensure that you live by the values of it, otherwise you slip down a slope to tyranny, and that’s what’s happening.”

University of Waikato political science lecturer Dr Justin Phillips said he was speechless as he watched the event unfold.

“In some ways, you sit here and wonder how avoidable this sort of thing could have been. On another hand, it’s just it’s utterly shocking and horrifying to watch.

“It’s only because you have one group of people in a country, a large group, that feel quite literally, they’ve been robbed of an election.”

Phillips shared the sentiments of Muller, stating democracy was fragile and required people or “everyone to some degree”, to trust the system.

“Trust can be eroded, I guess this is what this is sort of demonstrating if nothing else.

“But the 74 million people that voted for the President [Trump] did not believe in this … only one person can cause a lot of damage.”

The Katikati woman said the violent scenes would only continue until Biden was inaugurated at the end of the month.

“I don’t know where the National Guard were, they weren’t called in until very, very late and there is such a difference from what was going on at Black Lives Matter.

“I’m cautiously optimistic that this will be the end of the riots and destruction.”

“It’s sad and shocking and I guess not completely a surprise. The way that Trump’s been talking since the election, he has done everything to stir his supporters.

“I still have faith that somehow the rule of law will prevail.”

Life in America had not been easy over the past months and Picken felt for her friends and family that were “marinating in the drama”.

“They have the stress that’s compounded by the pandemic and by not being able to gather freely and by having to wear a mask. So this happening certainly doesn’t help, their nerves are already frayed.”

Rotorua’s Lyss Abbott had messages from her mother in the States as the riots broke out jokingly asking if they could seek asylum in New Zealand.

“I said, ‘is it just me, or does [Washington] DC remind you of the beginning of some sort of dystopian movie where it’s like some flashback to how we got to where the story starts?’

“I don’t think it will ever get to that point but these are the sorts of thoughts that you even voice and the fact that anybody would even say that is pretty shocking.”