Carers are jailed after stealing OBE medal from dementia-hit 90-year-old and wedding and engagement rings from terminally-ill cancer patient, 84

Two men working as carers at a nursing home have been jailed after they stole a terminally ill man’s OBE medal as well as jewellery from a dying cancer patient.

The pair, Nicolae Malinche and Gabriel Cachit were working for Royle Care in Reading when they targeted at least ten of their elderly clients.

Malinche and Chachit, who live together in Reading, stole the sentimental items and sold them on at a nearby pawnshop.

Gabriel Cachit, left, was jailed for 40 months and Nicolae Malinche, right, received a 27-month jail term at Reading Crown Court after they targeted at least 10 elderly clients while working as carers for Royle Care in Berkshire

Some of the items have not been recovered.

The pair were jailed for a total of five years and seven months at Reading Crown Court.

She had moved in with her daughter Jo before being transferred to a hospice. Malinche and Chachit were tasked with caring for Mrs Laver.

During the visits, the men stole an 18-carat gold ring, her mother’s diamond engagement ring and another diamond ring that belonged to her aunt.

In a victim impact statement, the Jo Laver said: ‘My mum was dying and these men were trusted to come into my home to care for her. They had no regard for the fact that she was vulnerable and dying. 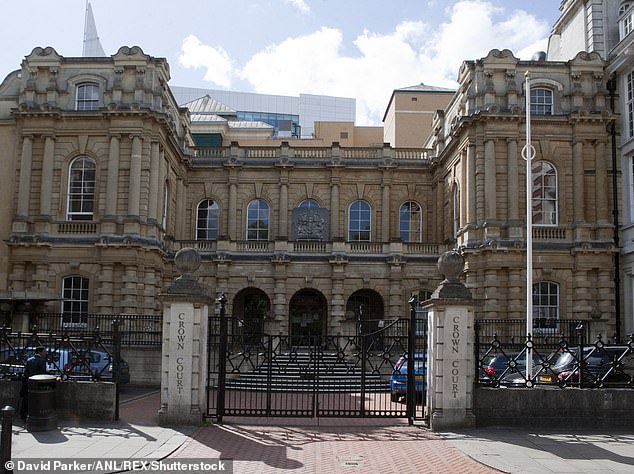 Judge Angela Morris criticised the men’s conduct as she passed sentence at Reading Crown Court, pictured: ‘All of the people that both of you stole items from were elderly, vulnerable and, in some cases, in very fragile health. Some of the victims have since died’

‘I had feelings that I had let her down and felt guilty for bringing her to my home, a place where she should have felt safe. I will live with guilt for not protecting her for the rest of my life.’

The court also heard who the men targeted a 90-year-old man with dementia. The criminals were supposed to care for the man while his wife attended a wedding. Instead they stole his OBE medal among other sentimental valuables.’

Judge Angela Morris criticised the men’s conduct as she passed sentence: ‘All of the people that both of you stole items from were elderly, vulnerable and, in some cases, in very fragile health. Some of the victims have since died. 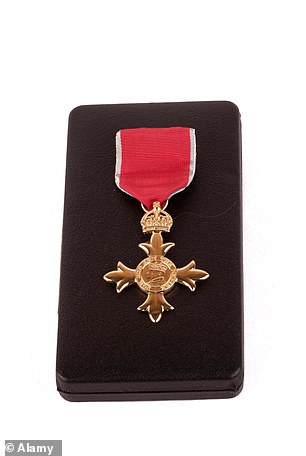 Among the items stolen was an OBE medal, file photograph

‘The stolen items were all important either because of their intrinsic value or because they held a high sentimental value.

‘You took full advantage of all of that to help yourself to whatever took your fancy for what I can only surmise was unadulterated greed on both your parts.’

Judge Morris told Cachit, who stole the OBE medal: ‘Your conduct, Mr Cachit, sank to such an unconscionably low depth that you even stole his father’s OBE, which mercifully was retrieved and returned.’

Judge Morris jailed Cachit for 40 months and Malinche for 27 months.

Royle Care (corr) spoke out after the jailing of its two former employees to reassure customers they took clients’ safety extremely seriously.

A spokesman for the firm said: ‘Royle Care takes the health, safety and welfare of its clients extremely seriously. Our clients are our number one priority.

‘When we became aware of the thefts we did the right and proper thing in reporting our concerns to the local authority, adult safeguarding team and CQC. We also co-operated with the police investigation fully and with complete transparency.

‘We are pleased that the police have taken this seriously and that justice has been served.’