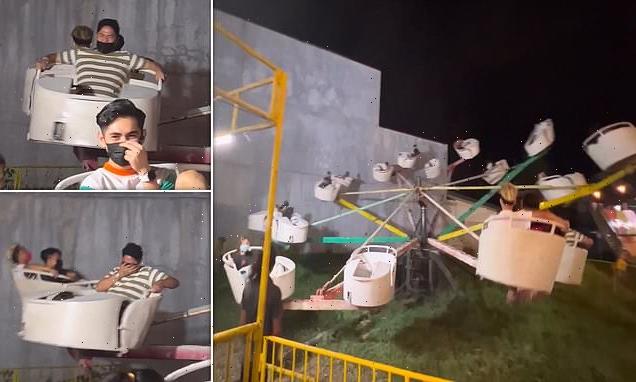 Make it stop! Dizzy carnival-goer’s seat keeps on spinning him round even after the fairground ride stops

This is the hilarious moment a carnival-goer was spun in endless circles on a faulty fairground ride.

Footage shows the man trying to fight motion sickness while his seat spun out of control in Bulacan province, near Manila, in the Philippines, earlier this month.

When the fairground ride finished, the other seats stopped spinning, except for one that continued.

Although he at first seemed to be laughing, he later put his head in his hands as the seat continued to spin. 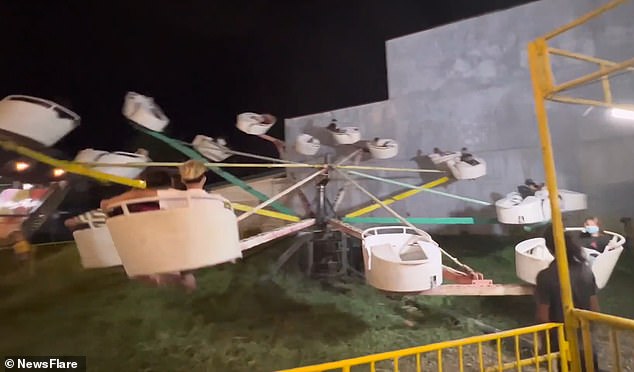 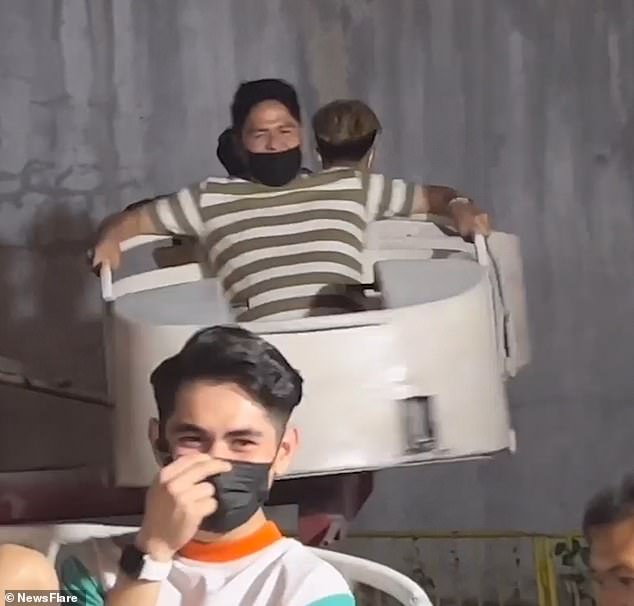 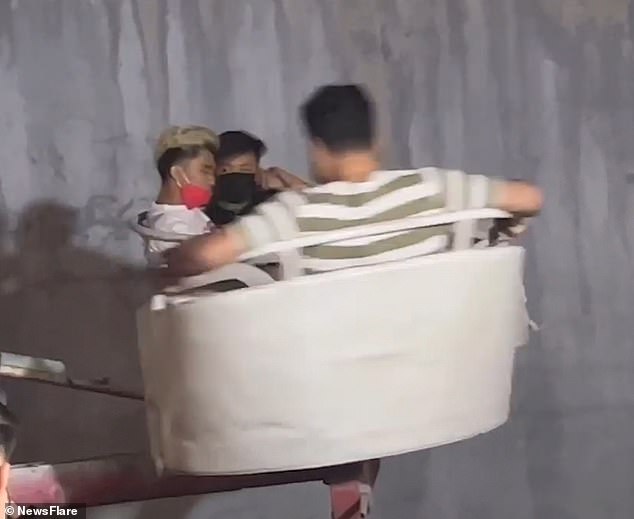 There was reportedly rust on the ride that made the old ride malfunction.

Onlooker Alvin Lopez said: ‘We were not able to travel to a bigger amusement park so we made do with the local carnival and this was what happened.’

Despite the extended ride, the man was unhurt and unbuckled from the faulty seat after it was stopped by staff.

The man was dizzy but steadied himself when he stepped down from the ride’s seat.

He then walked away, chuckling at the fairground fail.