THE ten year-old cartoonist hired by Kate and Wills to record their recent tour is set to have his designs turned into emojis.

“Doodle Boy” Joe Whale is close to signing a deal to see his doodle characters and his emojis are sold on in the App Store and on Android. 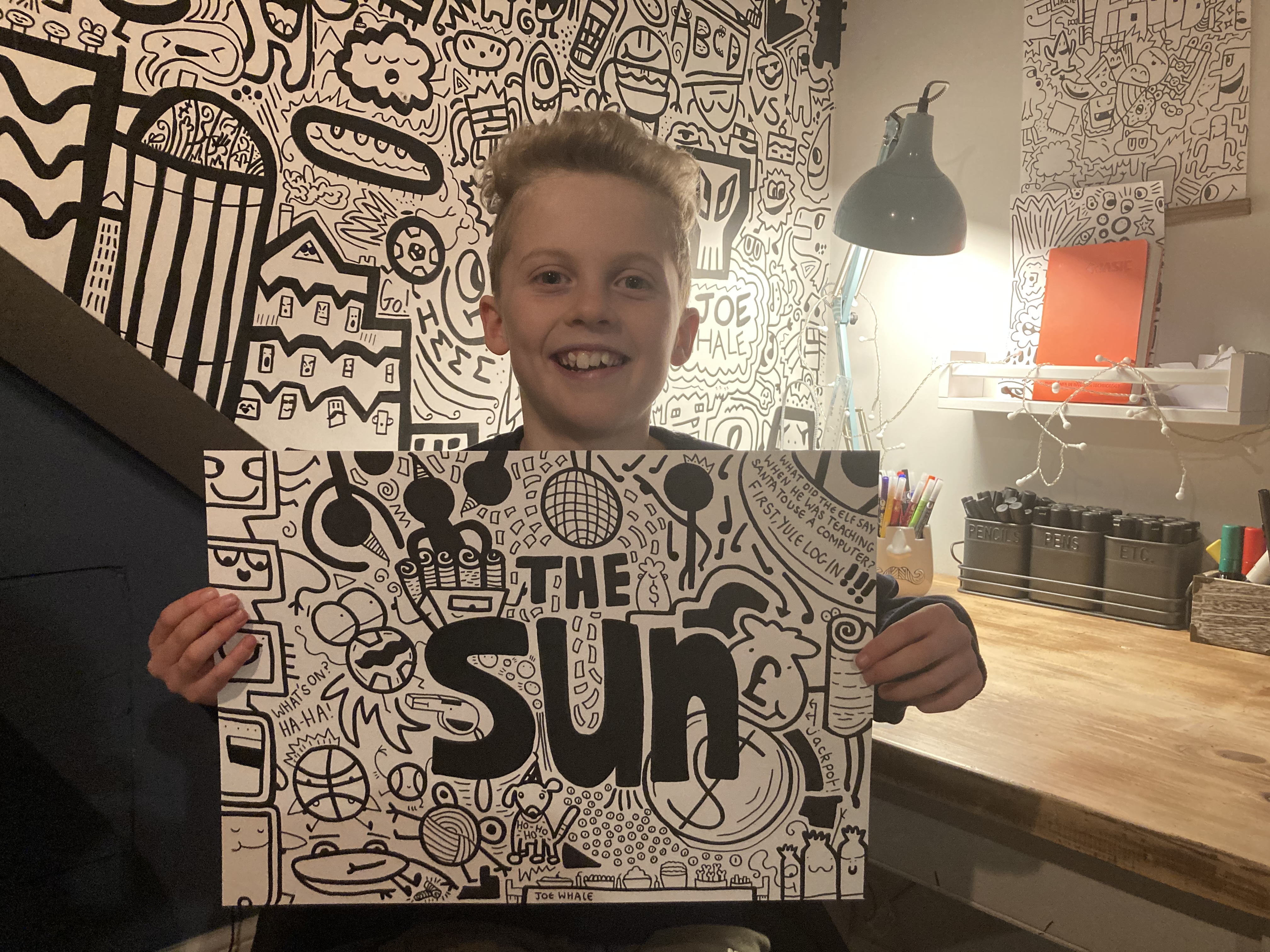 The money he earns will go towards his future education. A clothing chain is also in talks to use his lively creations.

Thanks to last week’s royal train tour of Britain primary school pupil Joe is on the brink of world-wide fame.

For hundreds of years it has been tradition for most historic tours by royalty to be recorded by an artist.

But instead of hiring an established painter the Royal couple turned instead to Joe – The Doodle Boy.

The talented youngster who got into trouble with his teachers for doodling in his maths books drew the official picture of the royal train.

William and Kate found Joe’s work on Instagram and instantly fell in love with his unique style.

His black and while pictures of the royal train and his thank you message to key workers won the youngster millions of new fans around the world.

As a patron of the arts world, Britain’s favourite newspaper commissioned The Doodle Boy to do an original black and white drawing for our readers. 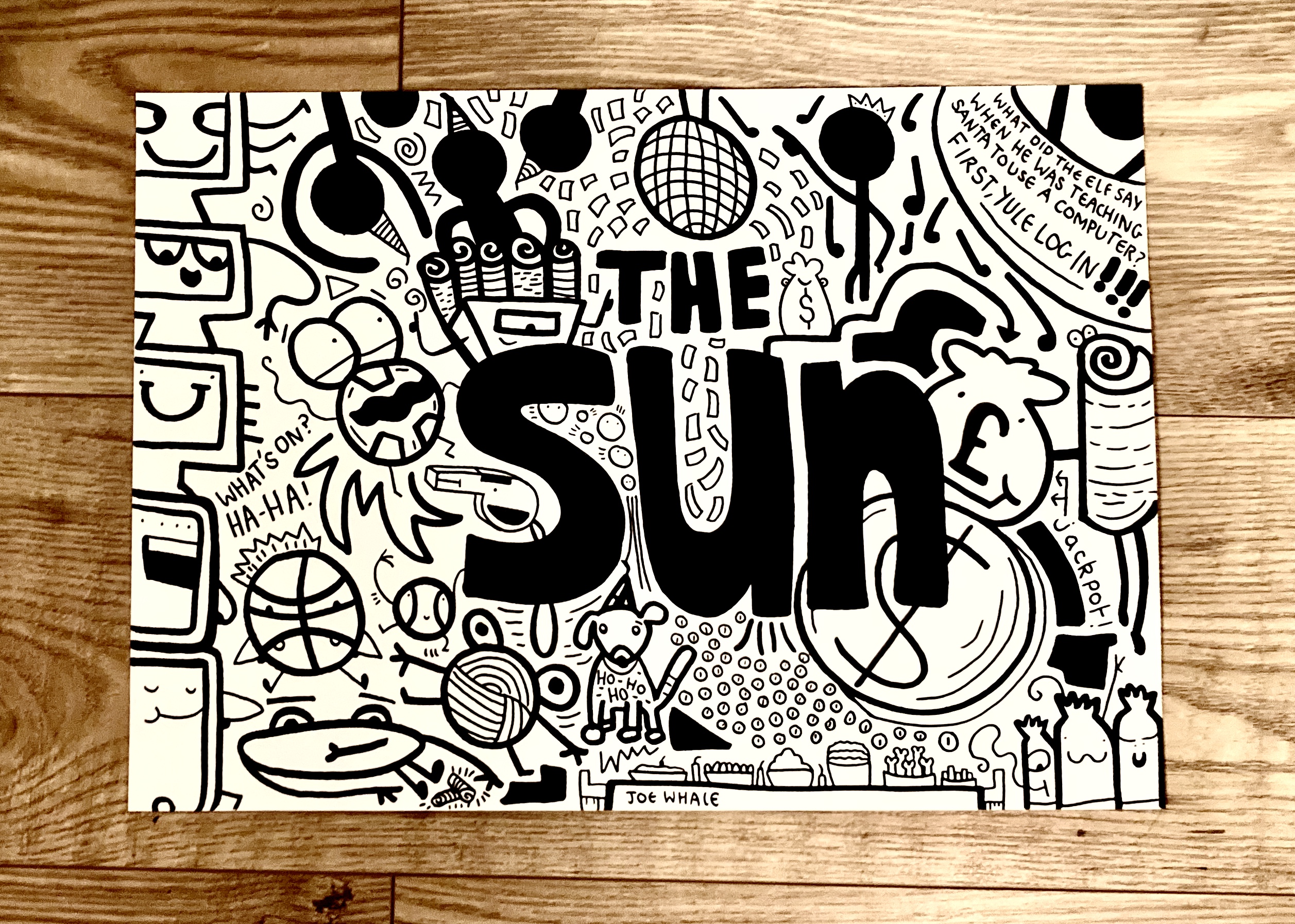 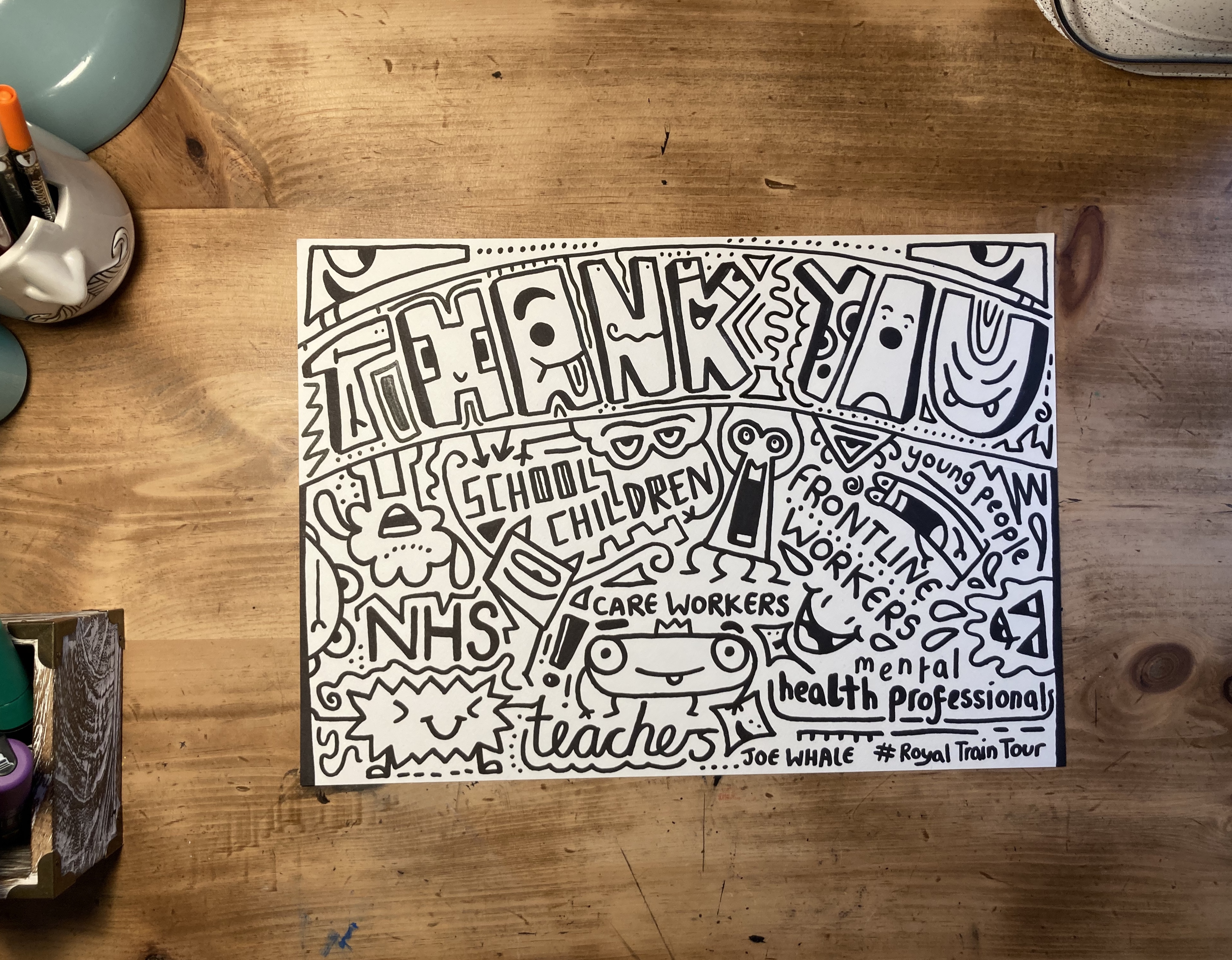 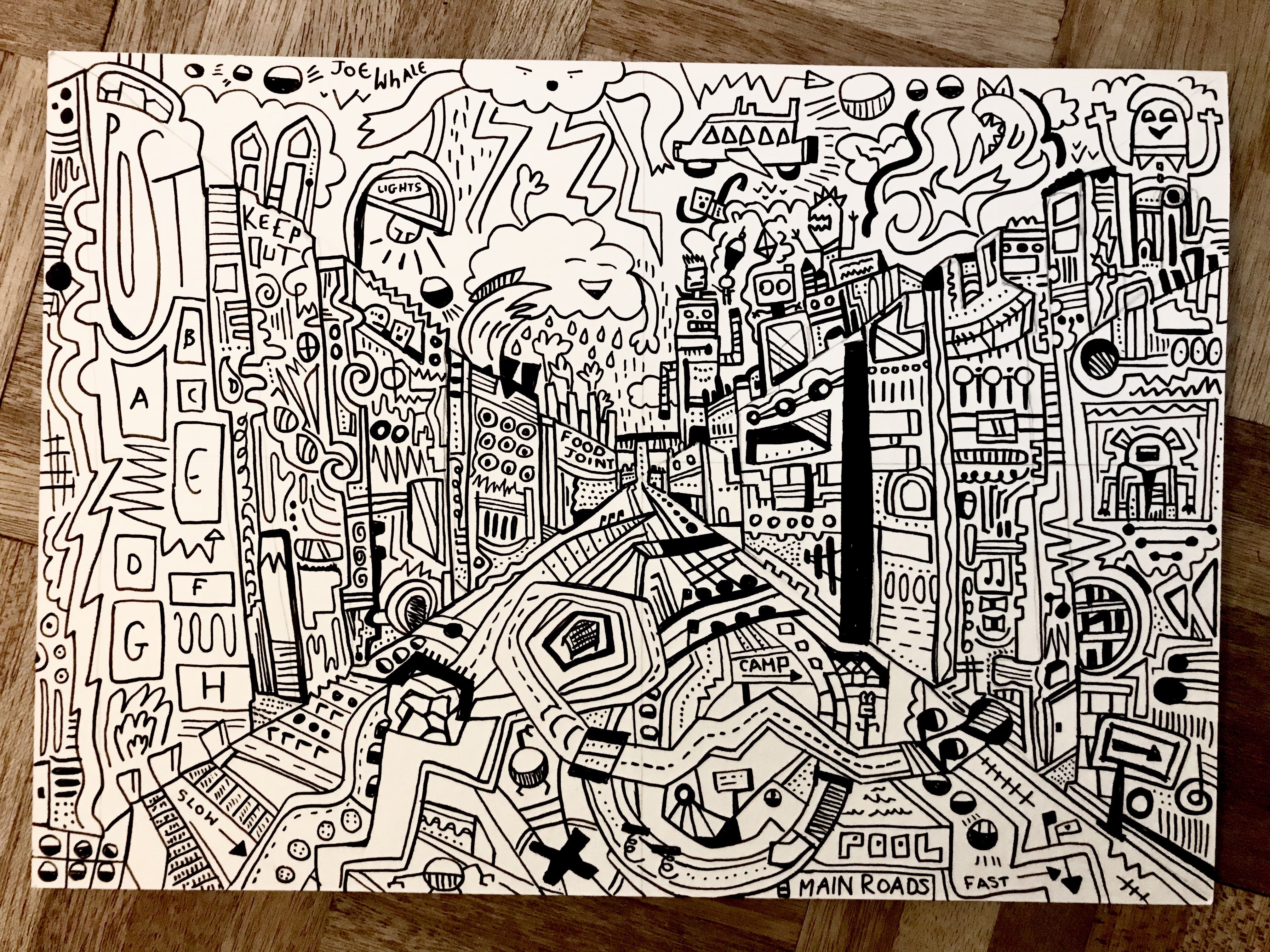 Joe – who took just 40 minutes to complete our picture says: “First I put some of the best stories from the week, like cracker jokes dogs dressing up in Santa suits and the biggest lottery jackpot ever.

“Then I let my imagination do the rest.”

The royal train pictures are just the start for Joe, although he is still at primary school he has a licencing agent based in Los Angeles who has already secured a world-wide deal for a story book and a drawing book which will come out at the of next year.