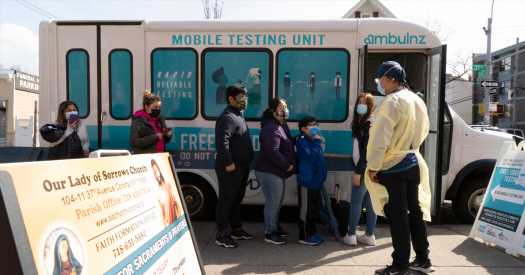 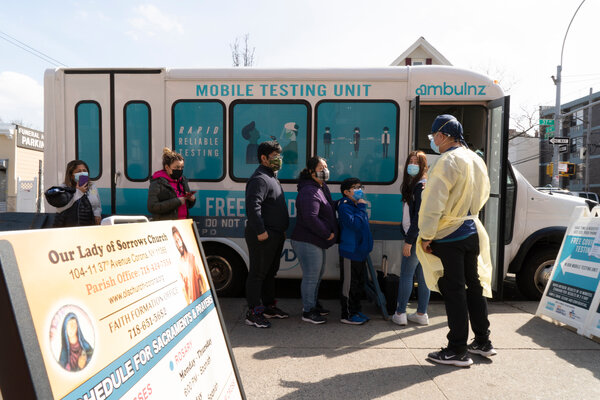 After weeks of decline followed by a steady plateau, coronavirus cases are rising again in the United States. Deaths are still decreasing, but the country averaged 61,545 cases last week, 11 percent more than the average two weeks earlier.

Scientists predicted weeks ago that the number of infections would curve upward again in late March, at least in part because of the rise of variants of the coronavirus across the country. The variant that walloped Britain, called B.1.1.7, has led to a new wave of cases across most of Europe. Some scientists warned that it may lead to a new wave in the United States.

The rise in infections is also a result of state leaders pulling back on mitigation measures, and large social interactions, like spring break gatherings in Florida, Dr. Anthony S. Fauci, the Biden administration’s chief science adviser, said on the CBS program “Face the Nation” on Sunday.

“The variants are playing a part, but it’s not completely the variants,” Dr. Fauci said. Most states have lifted restrictions, including on indoor dining, in response to the drop in numbers, actions that Dr. Fauci called “premature.”

As of Thursday, there were 8,337 known cases of the B.1.1.7 variant in the country, but the actual number is probably much higher because labs in the country analyze only a very small proportion of the diagnosed cases. Still, the trend is clear: The variant — which is more transmissible and possibly more lethal — has been rising exponentially in the United States, its growth masked by the overall drop in infections.

“It is remarkable how much this recalls the situation last year where we had introductions of virus to different places that scientists warned would be a problem,” said Bill Hanage, an epidemiologist at the Harvard T.H. School of Public Health, said in an interview on Sunday. “People waited for them to be a problem before they took action — and then too late, they took action.”

Dr. Hanage said he was particularly worried about B.1.1.7 because it is at least 50 percent more transmissible than the original virus. The brisk pace of vaccinations will stem the tide somewhat, but the rising immunity in the population may be more than offset by the variant’s contagiousness, he added. “B.1.1.7 is really scary,” he said.

The vaccines in use in the United States — made by Pfizer-BioNTech, Moderna, and Johnson & Johnson — are expected to prevent severe disease and death from any of the variants, although they are slightly less effective against a variant that was identified in South Africa. That variant, known as B.1.351, has not yet spread widely in the United States.

Because many of the highest risk people have been inoculated, hospitalizations and deaths may not show a steep rise along with infections. But a surge in cases will still lead to some severe cases and deaths, Dr. Hanage said.

“How large it will be we’ll need to wait and see,” he said. “But ideally we would not be waiting to see, ideally we’d be taking action.”