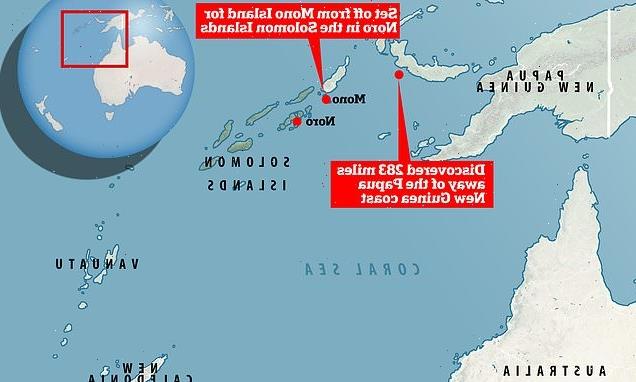 Two castaways were miraculously found alive after spending 29 days lost in the Pacific Ocean where they survived on rainwater, coconuts and praying to God.

Livae Nanjikana and Junior Qoloni, from the Solomon Islands, set off from Mono in the Shortland Islands on September 3 in a small motorboat, hoping to travel 124 miles south to Noro.

But just hours into their trip, they encountered heavy rain, strong winds and thick clouds which made it impossible to see the coastline they were following, and then the battery of their GPS tracker died.

When they were eventually rescued by a fisherman off the coast of Papa New Guinea nearly a month later, they had floated 248 miles from where their journey began.

When asked by SIBC News asked how they managed to survive for 29 days at sea, Livae said: ‘Only on rainwater and coconuts and our faith in God because we prayed day and night.’ 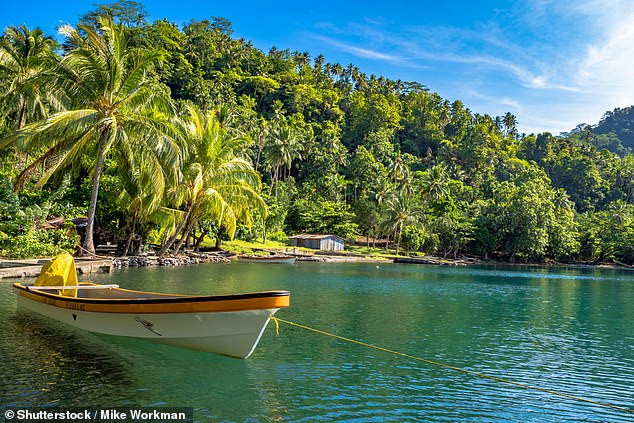 The two men, who are experienced seamen and had done the trip before, had planned to travel south in their 23-foot Yamaha ray boat using west coast of Vella Lavella Island and Gizo Island to their left as a guide.

‘When the bad weather came, it was bad, but it was worse and became scary when the GPS died,’ Livae said. ‘We couldn’t see where we were going and so we just decided to stop the engine and wait, to save fuel.’

In an epic tale of survival, they two men survived on oranges they had packed for the journey for the first nine days but eventually ran out.

They then trapped rainwater to drink by using canvas and ate coconuts they found floating in the ocean.

After several days, they had the idea of building a sail, and constructed a mast using paddles and canvas and set sail following the direction of the wind.

Unbeknownst to them, they navigated towards Papua New Guinea and were rescued by a fisherman in a wooden canoe at about 9pm on Saturday October 2. 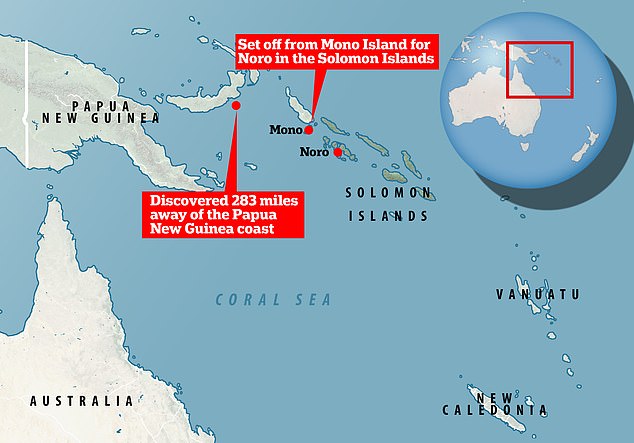 Livae said that with the little amount of fuel they had left, they started the engine and went as close as they could until the tank ran out.

‘It was then that we shouted and continually waved our hands to the fisherman that he saw us and paddled towards us,’ he said.

‘When he reached us, we asked, “Where are we now?” And he replied, “Papua New Guinea.”‘

Upon arriving on land, the two men were so weak they had to be carried off the boat to a nearby house where they were cared for by locals.

Despite the ordeal of a lifetime, Livae told the Guardian that there were some positives to drifting at sea, saying it was a ‘nice break from Covid’.

He said: ‘I had no idea what was going on while I was out there. I didn’t hear about Covid or anything else. I look forward to going back home but I guess it was a nice break from everything.’

The men have been given a medical check up at a health centre where they were said to be in ‘good health’ and are now waiting to be repatriated to Solomon Islands.