Drunk teenager celebrating his 18th birthday sticks middle finger up to CCTV as he tries to steal a bike just minutes before murdering stranger, 51, by beating him to death in ‘random and unprovoked’ attack

This is the shocking moment a drunken thug kicks out at a bicycle and flips off a CCTV camera just minutes before he savagely battered a stranger to death.

Brian McKillop celebrated his 18th birthday with a booze-filled afternoon in Rutherglen, South Lanarkshire when he stumbled across stranger James Britton, 51 and launched his unprovoked beating.

After the fatal attack which lasted between five and six minutes, McKillop rifled through Mr Britton’s bag to steal prescription medication before leaving him unconscious on the pavement.

Mr Britton was rushed to Queen Elizabeth University Hospital in Glasgow with severe skull and rib fractures, where he died from his injuries two weeks later. 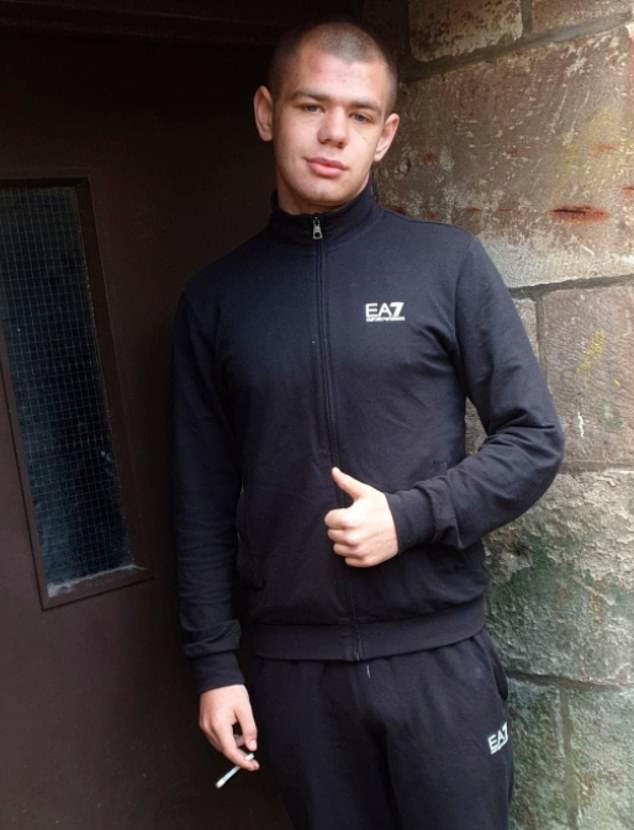 Brian McKillop (pictured) celebrated his 18th birthday with a booze-filled afternoon in Rutherglen, South Lanarkshire when he stumbled across stranger James Britton, 51 and launched his unprovoked beating

McKillop was today sentenced to life imprisonment with a minimum term of 11 years at the High Court in Glasgow.

The teenage thug had been with family and friends at a local pub celebrating turning 18 on the day of the deadly assault.

He messaged his sister at 23:21 telling her he was now at home and ‘bored’. Around 30 minutes later McKillop was seen by eyewitnesses after attacking Mr Britton.

Prosecutor Kath Harper told the court: ‘James Britton was kicked and stamped upon by McKillop in an apparently unprovoked and random attack.’

Passers-by spotted McKillop in the moments before the attack, with one witness pulling over and dialing 999 before trying to save Mr Britton.

Mr Britton’s pockets had been turned out, with his carrier bag, its contents and several coins left strewn across the pavement.

Mr Britton, known by friends as ‘Moose’, was left unconscious and died from his injuries in Queen Elizabeth University Hospital in Glasgow on 4 November, 2021.

McKillop made a number of outbursts as he was arrested by officers, including telling them he had stamped on Britton’s head and admitting there was ‘no point in lying’ during police interview. 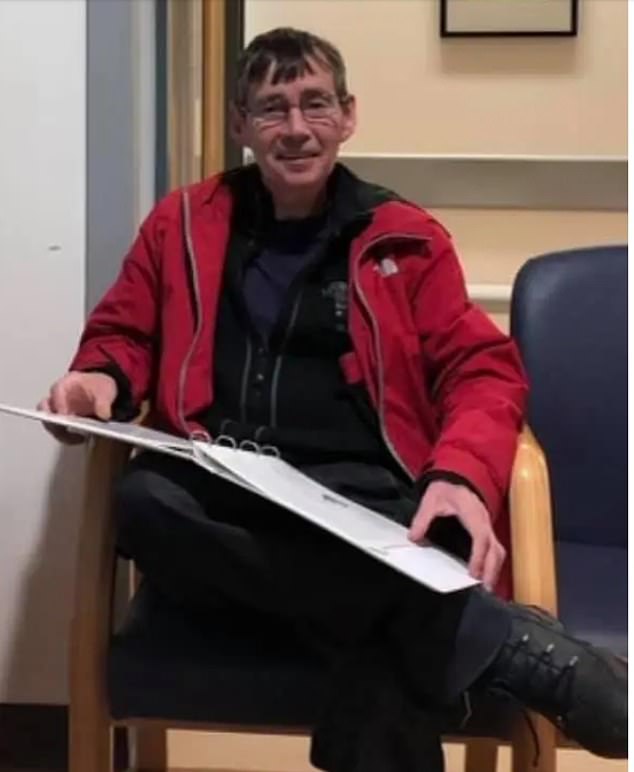 James Britton was rushed to Queen Elizabeth University Hospital in Glasgow with severe skull and rib fractures after the attack. He died from his injuries two weeks later

He said immediately after the attack: ‘Murder, man – I hope he is dead, but I hope he is alright at the same time.’

The court later heard how blood was discovered on McKillop’s shoes and clothing.

‘He is determined to make good us of his time in the prison system by taking adult education courses and any other opportunities that are presented to him’, he said.

McKillop admitted murder and robbery on October 12, 2022 at the High Court in Glasgow.

David Green, Procurator Fiscal for Homicide and Major Crime, said: ‘This was a random and unprovoked attack on a stranger.

‘An attack carried out with an appalling level of sustained violence.

‘James Britton’s friends and family have suffered a devastating loss, and our thoughts are with them as they attempt to come to terms with what has happened.’