Alexa, what shall we steal today? Bungling burglars are caught on CCTV chatting about stealing Amazon device from home while they uncover their faces for the camera

Three bungling burglars were caught on hidden CCTV excitedly talking about stealing goods from a house while uncovering their faces in front of the camera.

Footage released by Nottinghamshire Police showed the three offenders casually talking among themselves about what to steal after breaking into a 58-year-old man’s property in Old Basford, Nottinghamshire, on February 7.

The burglars steal a number of items including watches, a Playstation, Alexa and a laptop, before one urges the rest of the group to leave the property.

During the clip, one of the gang members is captured looking around the living room oblivious to the fact his every move is being caught on a secret camera. 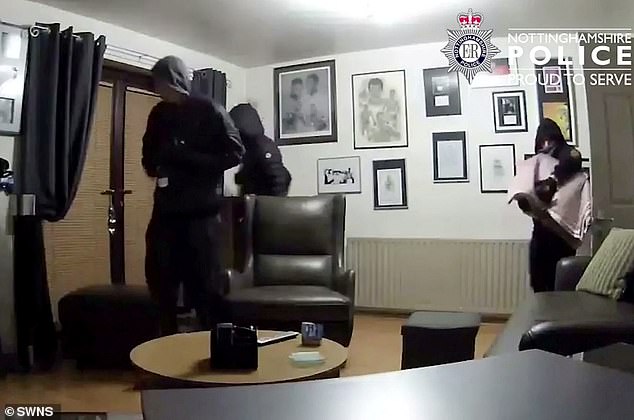 The three men, wearing hooded jumpers and face coverings, walk into the sitting room and look for items to steal 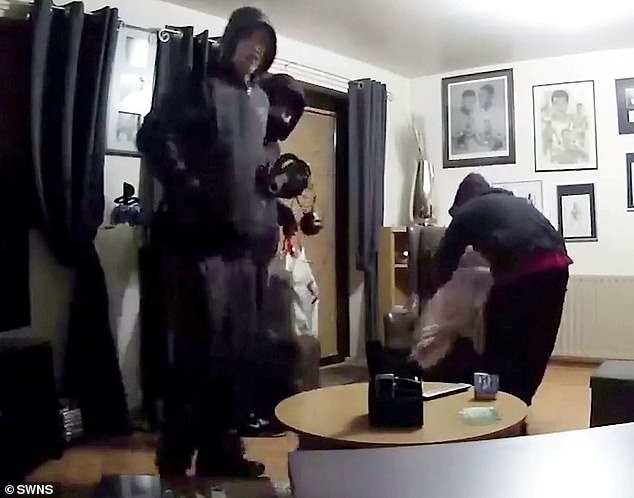 The masked men walk into a property in Old Basford, Nottingham, at around 11.30pm on February 7 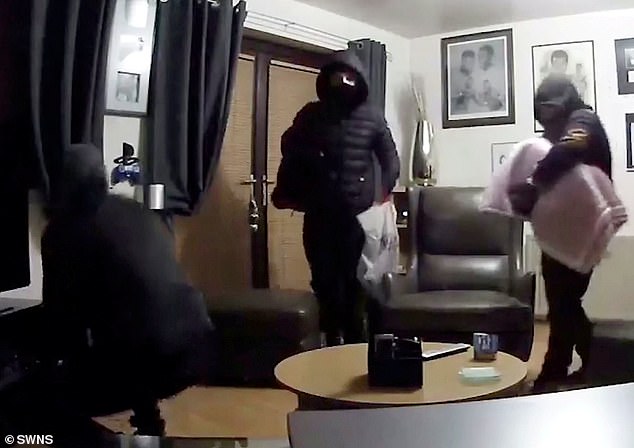 He is heard excitedly exclaiming ‘Alexa, Alexa’ when he sees the Amazon device and adds: ‘That big speaker is hefty.’

The group continue to calmly discuss what to steal before leaving with their loot within 70 seconds of entering the house.

On his way out of the property one of the men boasts to his mate: ‘Come on lets go, I’ve got a big ass speaker fam.’

After the break-in at 11.30pm, two of the men returned to the house around 45 minutes later to steal further items.

One of the offenders can be seen removing his hood, giving a clear view of his face, before he puts on a balaclava.

Victim Tony Williams said he was left distraught after having his valuable possessions stolen while he was at work at a pub.

He said: ‘I’m still hurting to be honest. I’m distraught. I had just finished my night-shift working at a local pub and I pulled back onto my house and straight away I saw that the lights were on. I knew something wasn’t right.

‘I got out my car and saw some young lads, I thought they have jumped over a neighbour’s fence or something.

‘I went inside, and it was carnage inside. Things left all over the floor. I feel gutted that these young lads have come into my home.

‘I really hope the footage helps, it’s quite clear video and you can obviously hear what they are saying, so many someone will recognise the accent. 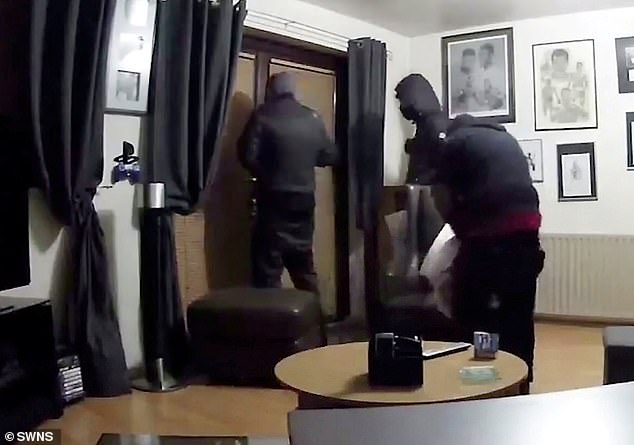 The men, who leave the house within 70 seconds of entering, walk towards the door after calmly stealing the items 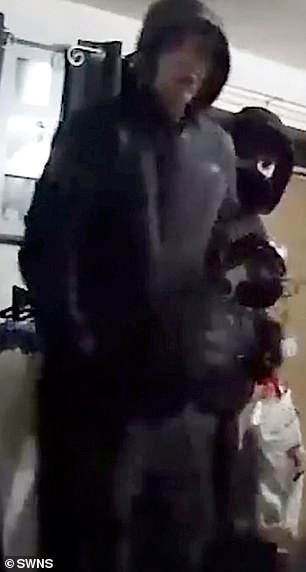 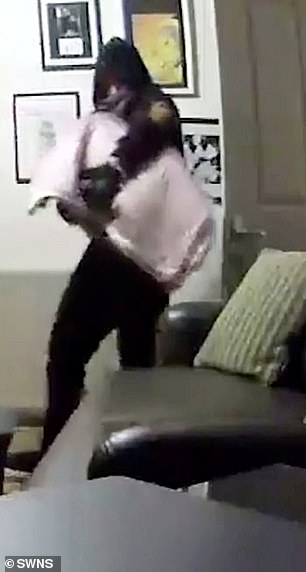 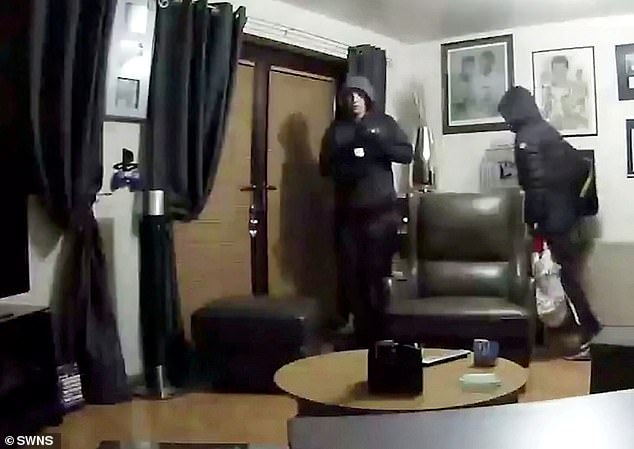 One of the gang members urges the rest of the group to leave the house and shouts: ‘Let’s go!’

‘It’s sad, I’ve worked all my life and then you have so many items you’ve saved up for and personal items just taken off you.’

Nottinghamshire Police has now released CCTV in a bid to track the men down, hoping somebody will recognise not only their faces but their voices as well.

During the first raid, the group were in and out of the house clutching their stolen equipment within 70 seconds.

Detective Constable Natalia Montano said: ‘This is some of the best CCTV footage we’ve had in a while to try and catch thieves.

‘You can hear their discussions and it’s hoped that because of the quality of the footage, we can find the offenders.

‘They stole a number of high value items and obviously the victims are distraught. It’s our aim to find the culprits and try to get them some closure to this incident.

‘I am urging members of the public to look at the video clips and contact police if they recognise the men or have any information in relation to the incident.’

We're Witnessing the Last Gasp of ‘White Politics.’ Here's What Comes Next

Hailey Whitters Debuts 'Janice at the Hotel Bar' Video to 'Pay Homage to the Women Who Came Before'
We and our partners use cookies on this site to improve our service, perform analytics, personalize advertising, measure advertising performance, and remember website preferences.Ok