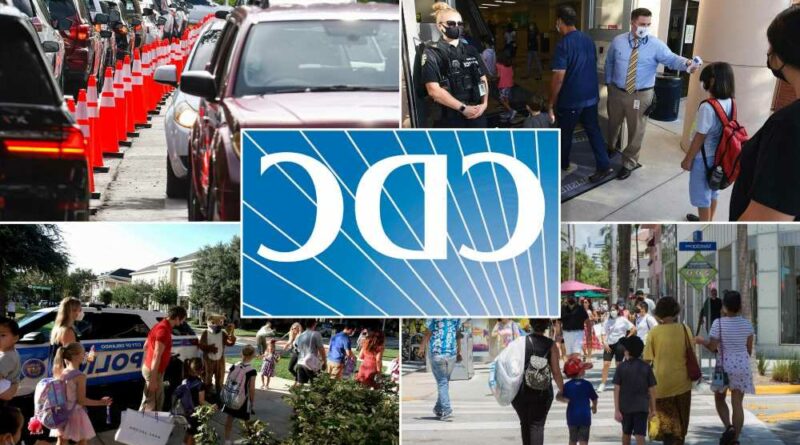 Hospitals run low on nurses as they get swamped with COVID

Anti-vax nurse injects 8,600 with saline instead of COVID vaccine: police

The Centers for Disease Control and Prevention adjusted its COVID-19 tracking for the state of Florida on Tuesday as confusion over reporting practices sparked a feud between federal and state authorities.

After the CDC website showed record high numbers for Sunday, Aug. 8, the Florida Department of Health balked, accusing the agency of folding several days of new cases into one.

The gap was significant, with the CDC initially claiming there were 28,317 new cases on Sunday, while the Florida DOH puts that number at 15,319.

On Tuesday the CDC adjusted its number down to 19,584.

After the initial CDC numbers were released, a deluge of negative press directed at Florida and Gov. Ron DeSantis ensued, leading the Florida DOH and other officials to take to Twitter to decry the error.

“This is not accurate. Florida follows CDC guidelines reporting cases Monday through Friday, other than holidays. Consequently, each Monday or Tuesday, there will be two or three days of data reported at a time. When data is published, it is attributed evenly to the previous days,” the agency tweeted on Monday.

On Tuesday, the CDC told multiple news outlets that it was working with Florida officials to correct the inaccuracies.

Tensions have ratcheted up between President Biden and DeSantis over the last few weeks, during which the two leaders have traded barbs over school mask mandates.

The president supports the mandates and said Tuesday that the White House was “checking” if they could be federally enforced, as DeSantis has vowed to ban such mandates in his state’s school systems.

Florida has seen the highest case rates and hospitalizations in the country since the Delta variant spike, with hospitalizations standing at 14,787 on Tuesday, tripling over the last few weeks.