Pritzker, who fueled speculation about White House ambitions this month with a speech in the first presidential primary state, New Hampshire, and has raised eyebrows with generous donations to battleground state governors, added that he’s not pushing for a challenger to step forward.

Asked whether there was any set of circumstances under which Biden should face a primary challenge, Pritzker left an opening.

“That’s not something I’m encouraging, but it’s certainly possible. We’ve seen it in the past,” Pritzker said in an interview at a downtown hotel Wednesday.

Pritzker, 57, insisted his sights were trained only on Illinois, and he said he would support Biden if he were to run again.

“For me, I’m focused on my re-election and what it is I can do for the people of Illinois.”

While Pritzker sidestepped questions about Biden’s economic performance, his primary comments nonetheless added fuel to questions about the president’s viability at a time when there’s open discussion about whether he will — or should — run for re-election.

Potential 2024 candidates, including Sen. Bernie Sanders, I-Vt., are already jockeying, but with the caveat that they would jump in only if Biden, 79, doesn’t run again.

Sanders has recently ramped up his criticism of the administration, including this week, when he suggested Transportation Secretary Pete Buttigieg, a 2020 Democratic primary opponent, isn’t doing enough to mitigate flight delays and cancellations affecting passengers across the country.

And Vice President Kamala Harris added to doubts about Biden’s plans by saying “if he does” run in 2024.

“The president intends to run and if he does, I will be his ticket mate. We will run together,” Harris told a Los Angeles Times reporter. She later walked back her remarks. 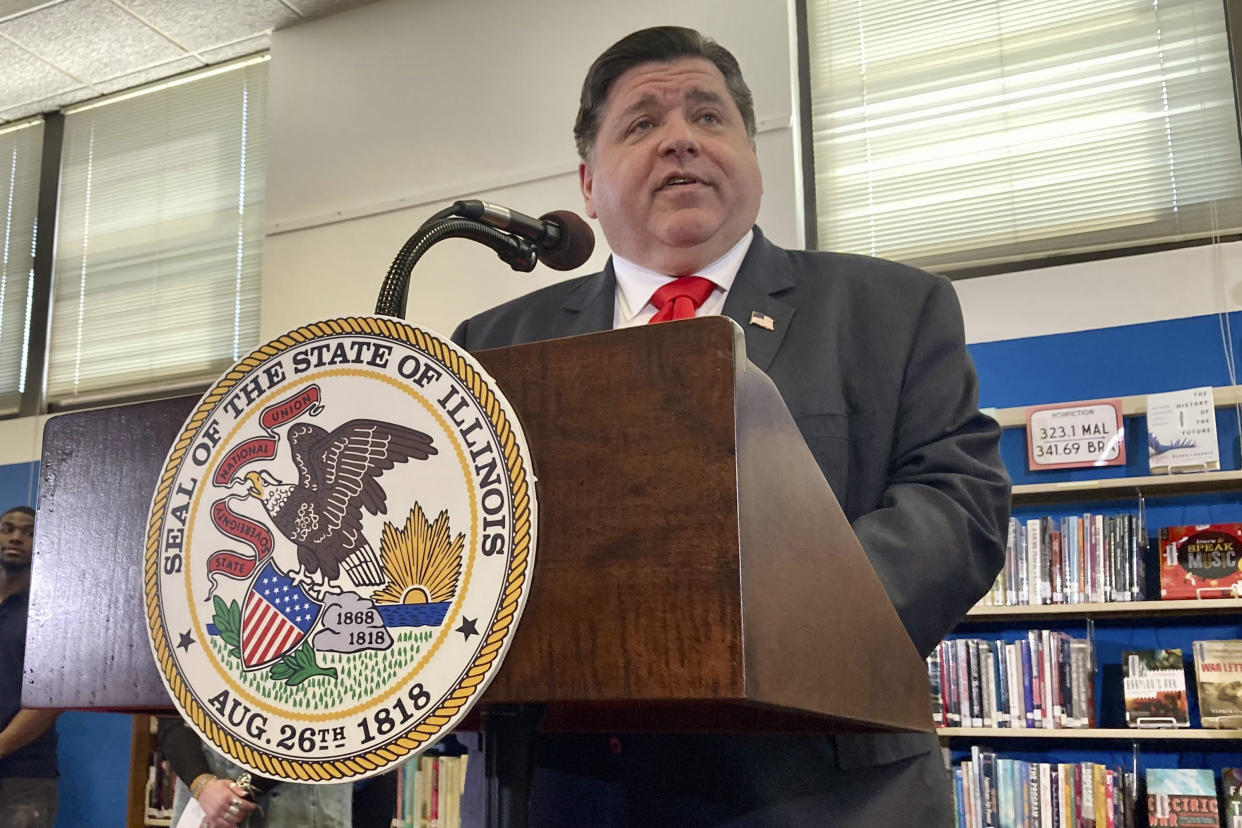 National Democratic strategist Paul Maslin said all the speculation about a Biden 2024 run is premature given the number of unknowns, like the outcome of the November midterm elections and whether former President Donald Trump will run again.

However, he noted that in 2020, Biden positioned himself as someone who could act as a “bridge” after Trump to help calm a divided country.

“It’s not even strength or weakness. The man is almost 80 years old,” Maslin said. “When he was elected, voters probably thought they were electing him for four years.”

Pritzker, meanwhile, has developed a national profile, frequently appearing on national news shows, where he has recently talked about his state’s role as an oasis of abortion rights in the Midwest. He regularly serves as an attack dog against Trump, and he has donated to governors in battleground states.

Pritzker’s contributions include a $2.4 million gift to Wisconsin Democrats in 2020 and $250,000 to $250,000 to Minnesota Democrats, in addition to donations to the governors of Minnesota, New Mexico and Wisconsin. In Wednesday’s interview, Pritzker said he makes the donations because his personal wealth allows him to do so. He added that he has donated to Democrats for years, before he was elected governor in 2018.

Pritzker is looking to secure four more years in the Governor’s Mansion. On Tuesday, he coasted through the primary, and, if his instincts are right, he could do the same in the general election after he knocked out a moderate Republican he saw as his biggest threat. He now faces a downstate farmer, Darren Bailey, who decisively won the GOP primary.

Out of the gate, Pritzker framed Bailey, who has called Chicago “a hellhole,” as too extreme for Illinois, a state Trump lost twice, including by 17 percentage points in 2020. Bailey’s team said that he doesn’t intend to run as a divisive figure and that he shouldn’t be underestimated.

In his victory speech, Bailey made it clear he would put the economy front and center, including surging inflation and gas prices.

In the interview, Pritzker highlighted Illinois’ economy but didn’t directly answer a question about whether he was supportive of Biden’s economic performance.

“The things that the Federal Reserve has done, I can’t speak to that. What I can speak to is that we’ve been building the economy in the state of Illinois,” Pritzker said, in part crediting Biden for signing a Covid relief bill into law early in his presidency.

Some Republicans have speculated that Bailey’s win in the primary might give Pritzker plenty of room to position himself for a presidential run. An Illinois Republican previously told NBC News: “Pritzker can actively start his campaign for president — he doesn’t even need to be in Illinois.”